The List That Keeps on Growing: Climbing Faux Pas - Rock and Ice
News +

But you don’t get to laugh at anybody else unless you laugh at yourself. 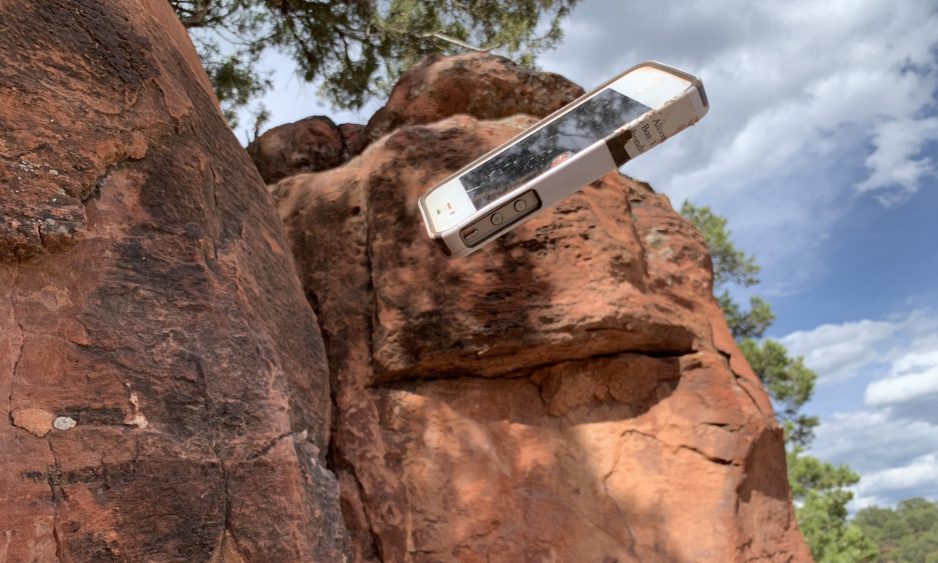 Oh my. Some things in climbing spring eternal.

I belong to a women’s climbing group on Facebook where this week Elinne Becket posted: “So a friend who is new to climbing asked me what climbing faux pas there are.”

Boom! Dozens of comments appeared. Of course they did.

Such lists are not just for the newcomer. The litanies—usually satirical, part of our literary canon—are an institution in climbing. They abide. After decades of climbing, I keep learning new things I am doing wrong. I also keep seeing novel variants to the old ills—and things I would never have dreamed of.

One of my favorite examples of the genre was, years ago, Jonathan Thesenga’s humor piece “Climbing Deal Breakers,” in which one of the transgressions cited was never, ever clipping items to the outside of your pack. Oh, I thought in shame, I do that. I still do! Otherwise I’d always fumble to find my locking biner and belay device and gloves. In fact, I thought fondly of that article last Saturday, the ornaments on my pack gently clanking as we moved from one route to the next.

Another thing I do from that list is—upon occasion—wear a visor. Luckily, I don’t remember my other official CDBs, but have my own anyway.

The climber writers Andrew Bisharat and Matt Samet have also made comedic and self-mocking hay describing behaviors that, as Matt put it, lead to “clearing the crag.”

Unwanted beta spray. Yes. Universal problem. Only OK if you or they ask for beta.

Here was the twist I experienced a few years ago when, rather shyly hosting some super nice, strong visiting Canadian climbers, I went up to Independence Pass, near home in Colorado. One woman had just begun leading the second pitch of a 5.11 trad classic when the wall around us erupted in bouncing yells. A climber on another route had asked for beta, and another, in the parking lot, a hundred feet down and hundreds more feet sideways, provided it—at length. Beta streams I am used to. This was long-distance beta.

It was enough to make even a nice Canadian say, “That is really annoying.”

Solution: None. It is a virus.

Letting your dog run around and eat people’s sandwiches, or maybe chunks out of their leg.

Lapping. Yes. The example in the Fb rundown was two guys doing laps —12 laps—on a route in a gym that was partially closed for comp setting (this was pre-pandemic). Other people wanted to do the route, too.

The variant: I have arrived at a small cliff, never having done the classic route there, to have a group say, “Well, she and I and he are each doing one more lap.” This syndrome is not new, yet it is: I never saw it in my early climbing years, nor even heard of it until the 1990s. I would think that when someone else comes along, especially someone who has never done the route, the repeaters would move on or at least open up a turn.

Solution, as given in the same Fb thread: Everyone who wants to do the route should be able to. Everyone, squatters included, should queue up.

Flying cell phones. What? Talk about out of a clear blue sky. One commenter had been nearly brained by a cell phone falling from the pocket of a climber 50 feet up. Another said a climber from 12 or 14 feet up dropped one that hit a 4-year-old (who let’s hope was wearing a helmet).

I’ve been beaned by a carabiner dropped from 30 or 40 feet. I thought it had split my skull, but escaped with a bruised forehead and black eye (I also should have been wearing my helmet). But flying cell phones are a whole new species of threat.

Solution: Why in god’s name climb with your phone in your pocket?

Elsewhere in recent months, from an article in our companion publication Gym Climber, came this: “Please don’t go to the bathroom in your climbing shoes.”

Again, what? Apparently people urinate on the floor, and it gets on your shoes and then …. I’ve always been a bit taken aback when people in gyms climb barefoot, their feet on everyone’s handholds. Not saying I never get pissy climbing, but … now my shoes do?

Solution: OK. And maybe it’s just little kids. Yes, I will take off my shoes to go to the restroom. As soon as I go back to our beloved local gym. Where, like many of us in these hard pandemic times, I have in absentia maintained my membership. (Please, please do if possible. These places need our support.)

To the above array I add a couple of personal peeves.

Talking to belayers. I dislike when someone yaks to my belayer. A few words, OK, but a hum is distracting.

Reservations. My visiting friend Tracy and I were going to do a certain nice route at a little local crag when a young woman nearby, belaying someone above on toprope, said, “Oh, I was going to do that one. But my sister is up there.” I think the non sequitur was supposed to mean she had brought a neophyte out, who was, regrettably but unavoidably, delaying her.

Tracy and I looked at each other. The person was belaying. We had just put our rope out at the base of the route.

Solution: Hell with it. We left, and that turned out well anyway, because Tracy cruised a technical, sustained, harder, longer, airier route.

Ok, back once more to the latest list I saw ….

People jumping on a (gym) boulder problem that crosses yours.  High sections unnerve me, since I once shattered my heel climbing indoors, so I am extra fazed when someone comes up right the f#&! beside me. I usually down climb. I’ve also had someone say, “Whoops, sorry,” and that was fine, and I appreciated it, and I know how it can happen, because …

My own latest crime against climbing humanity … was at a gym in San Francisco on a crowded Friday night. I hadn’t climbed for a few months due to a bad shoulder. My radar was also, it seems, rusty.

I marched around a corner just as a young woman jumped off a high problem, landing smack in front of me. I stared. She stared. We turned away, huffy. I realized it was totally my fault.

As mentioned, we staffers at Big Stone also put out the magazine Gym Climber.

“Gym Climber editor killed in a gym!” Now that would be a blunder, though certainly a solution to any problem I ever had in climbing.