On Wednesday, Texas lieutenant governor Dan Patrick ordered all climbers to ignore the stay-home order and “get back on the rock” to bolster the state’s sinking economy. “They are going to fall and die and their parents are going to be sad anyway,” noted the governor jr., “so they might as well boost the economy by buying stuff and paying park entrance fees while they are on their way to the pearly gates.” 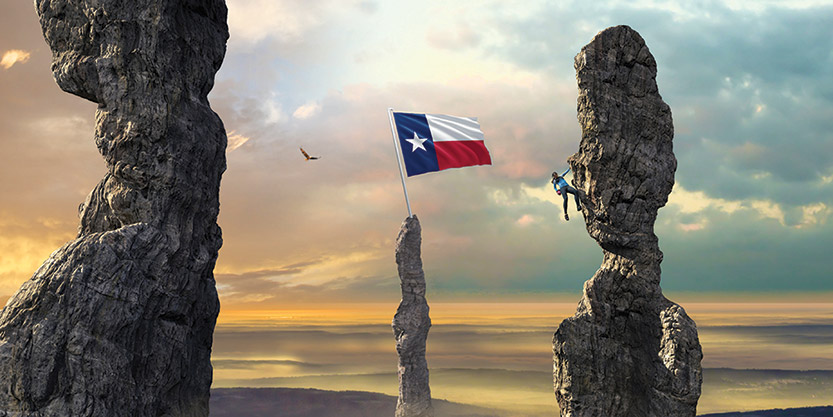 The Texas lieutenant governor sentiments mirrored those from last week when he told Fox News host Tucker Carlson that grandparents, who are old and at most risk from the coronavirus,  should be willing to die rather than cause businesses to close just to save them, killing the economy. “Let’s get back to work, let’s get back to living,” Patrick said to Carlson. “If that’s the bargain, I’m all in.”

Upon hearing the decree, climbers who had been sheltering in place across the U.S., notably in Bishop, California, where they had isolated themselves at the world-famous Buttermilk boulders, began packing for the lone-star state.

“We were all doing our part to stop the vicious spread of the Corona,” said one visiting Texas climber who asked not to be identified because he’d told his mom he was working at Amazon, “so naturally we are stoked to go the extra mile. Me and my bros are blasting straight for the Tanks and we’ll buy a lot of merch along the way.” Another climber noted that he was happy to comply, “As soon as I get the sweet new sound system wired up in the Sprinter.”

According to a 2019 Rock and Ice readership survey, climbers spend an average of $1,200 a year on gear. “The numbers are obviously big,” says Patrick. “If climbers and old people have to pay the ultimate price to get money flowing again, it’s a deal we just can’t afford to turn down. I’m old. I might even try climbing myself.”

Who’s next on the lieutenant governor’s radar?

“I’m vexed,” says Patrick, “ it’s a toss-up between wing-suit flyers and those guys and gals who feed the wild animals at the zoo.”

Wildly inappropriate to post jokes like this during a pandemic while thousands die. You’re not the onion.