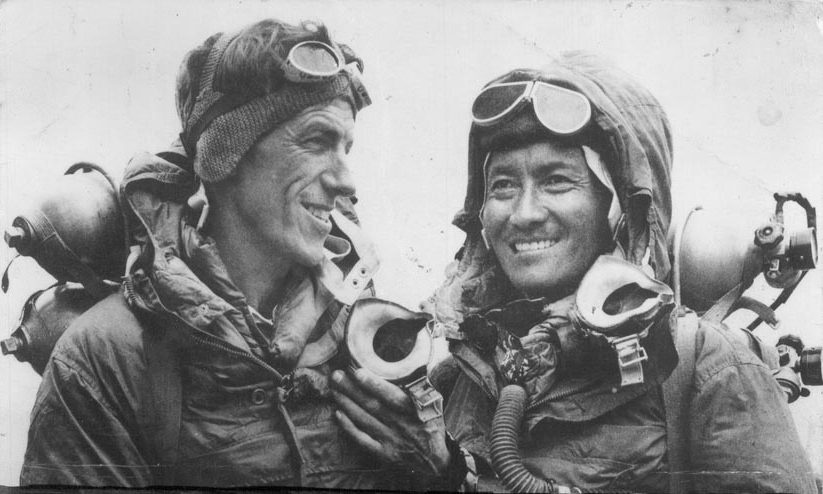 Tenzing Norgay (right) and Edmund Hillary after successfully completing the first ascent of Mount Everest on May 29, 1963. Photo: Wikimedia Commons. 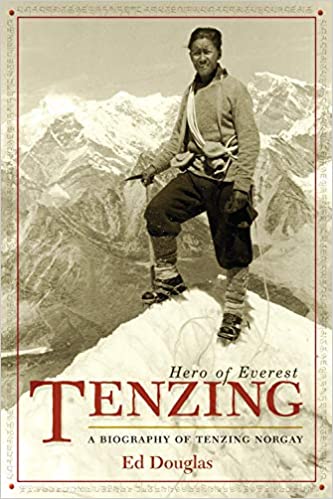 Ed Douglas’ biography of Tenzing Norgay, Tenzing: Hero of Everest, will soon get the Hollywood treatment as a Netflix adaptation. The book documents the life of the Sherpa mountaineer who made the first ascent of Everest with Sir Edmund Hillary in 1953.

Douglas, a longtime Rock and Ice contributor, is a well-known British climbing writer who frequently covers the Himalaya. He has numerous books to his name in addition to bylines in magazines like National Geographic and The Guardian, having covered the Nepalese Civil War for the former publication. He is also well-known as editor of the Alpine Club’s prestigious Alpine Journal, the oldest mountaineering publication in the world (not to be confused with the AAC’s American Alpine Journal). To date, Douglas has made over forty trips to the Himalaya, many of which were mountaineering expeditions.

Though Douglas previously worked as a consultant on the BAFTA-nominated film Sherpa, also directed by Peedom, he won’t play a role in crafting the Norgay biopic. “[Higher Ground Productions] simply bought my book,” Douglas told Rock and Ice. “I’m not part of the production.”

Rock and Ice asked Douglas briefly about his thoughts on bringing the story of Tenzing to life.

How do you think bringing this story to the big screen will benefit Norgay’s legacy?

In a number of ways. I hope young people in the region who may not know much about him will appreciate the scale of what he achieved. He was a real pathfinder, not just in the mountains but for Himalayan people too. He faced a lot of discrimination, not just from the British establishment in the aftermath of Indian independence, but from elements within Nepal as well. The country was then, of course, a Hindu kingdom. There are lots of different voices in the Himalaya and they all deserve to be heard, something to consider in the current age of rising Hindu nationalism.

Are there ways in which you think the film medium may add to and/or detract from the appeal and message of this story (in comparison to telling it via written word)?

I expect there will be a lot of compression of his story: it’s long and complicated. That’s the nature of film. Tenzing Norgay was born in Tibet, migrated to Khumbu and then India, married Sherpas, and after Everest [former Indian PM Jawaharlal] Nehru saw the chance to use Tenzing’s story to reach out to Indian citizens living in the Himalaya: that is a complicated arc.

But Jen Peedom really gets its essence and she has a great script writer, so I’m confident it will be true in that sense. The upside is that so many more people will get to consider what he did and the implications of his life.

K2 Climbed In Winter For The First Time! 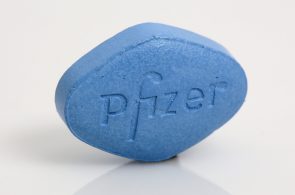