Tenth Ascent of the “Slovak Direct” on Denali

Marc Toralles and Bru Busom’s trip report from their ascent of the one of North American alpinism’s most coveted routes. 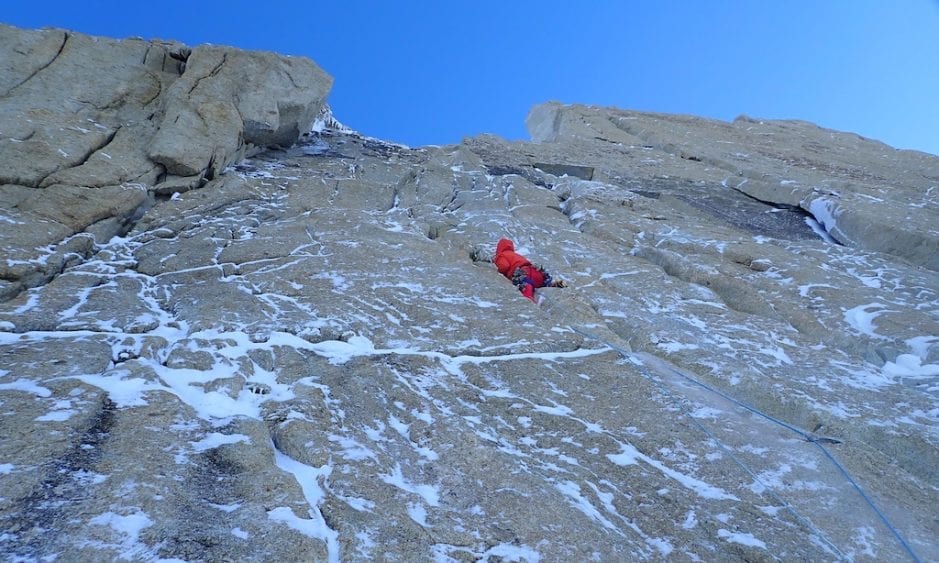 We are in Talkeetna, devastated, waiting for our luggage… We’ve been waiting for four days now…. If it does not arrive tomorrow we are leaving …

This is how our expedition to climb the legendary Slovak Direct (VI 5.9X M6 WI6+, 9,000 feet) on the south face of Denali began.

But, thankfully, the duffle arrived—and with it all the motivation we needed. We knew we had multiple possibilities so it didn’t matter how small the window of good weather was, we would make the most of it.

We began acclimatizing and in a week we made it to the summit of Denali via Orient Express. We felt strong and motivated, and we firmly believed in our chances and abilities.

Two days of bad weather let us rest and prepare the logistics for the climb of the south face. The three-day forecasts in the Alaska Range are unreliable, so we had to flip a coin and hope for the best—and it came up heads.

The next day, at dawn, we left, loaded up with backpacks and food for five days. The approach via the Seattle Ramp was complex due to recent snowfall that completely covered the cracks.

We had to break trail up to the route throughout the day, so we arrived at the base of the wall more fatigued than we had expected. One last weather check had shown strong winds—over 40 miles per hour—arriving in three days. We accepted the challenge. It took us nine hours to climb to the first snowdrift. We found the route with little ice and 20 centimeters of fresh snow, which resulted in a very laborious climb with difficult protection.

Arriving at the bivouac, it began to snow—15 new centimeters fell. Luckily, we found shelter in a crevasse that protected us from the continuous slides throughout the night.

On the second day we faced the most complex part of the route. We waded through waist-deep snow and endured the sluffs, pitch after pitch. Even so, it was one of the best climbing days of our lives. We found sections of snow, mixed and ice that moved us for their beauty and challenge. The day ended in one of the most breathtaking bivouacs we have ever experienced.

The third day started with the key pitch of our ascent. We were carrying little equipment, which made free climbing for the leader super exposed, and forced us to climb demanding sections without much protection. We both freed the pitch, confirming the grade M8.

The following pitches were of great quality and demanded very technical and cool-headed climbing, which—on top of the recent snow and large sluffs—made these the tensest moments of the climb. Coming out of the mixed sections, it snowed yet again. Faced with the impossibility of a retreat, we continued upward, enduring strong snow slides up until the last headwall, where—due to bad visibility and trouble route-finding—we opened a new variant with an exposed pitch of M6. At the end of the day we reached the snow ramps at the top of the the Cassin Ridge where we untied and found a good bivouac.

The freezing temperatures and the altitude, added to the wet sleeping bags, made for a a very hard night. In the morning we arose with the sun. We had 1,000 meters of easy terrain ahead to the summit. At 7:00 pm we reached the summit, exhausted but happy. Only the 1,800 meters of known descent separated us from the spaghetti with bacon we had been dreaming of for days.