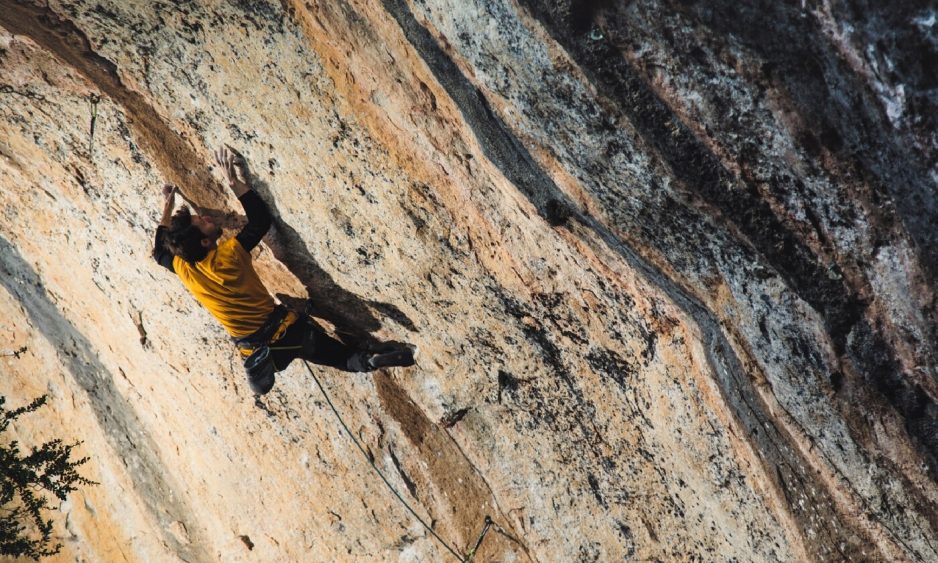 “I worked about 10 days [on La Capella],” Ghisolfi tells Rock and Ice in an email.  “And at the beginning [it] was very hard even doing the single moves. Then I figured out the first and second part and felt pretty close around my 5th day, but then I broke a hold on the second crux and took me some days to do the move again without that intermediate.”

Ghisolfi believes La Capella deserves the full 9b grade versus the slash grade that some sources attribute to it. Ondra gave the route 9b as well, but commented in an interview to UKClimbing that he was unsure if it was a full grade harder than other 9a+ climbs he had sent: “I suggest 9b for this climb, because of the effort I was forced to invest and also because it seems to be my style,” Ondra said.  “Though I am still not sure if that is right decision and the route is not merely 9a+ since I have no idea about my shape right now and I haven’t tried any other routes of similar difficulty recently to compare.”

La Capella is only 15 meters long, but packs a lot of difficulty into a short climb. After a V7/8ish section, Ondra said the second two back-to-back cruxes both felt to be in the V12/13 realm of difficulty.

Before turning his attention to La Capella, Ghisolfi tried Golpe de Estado, the first 5.15b to ever be repeated. Sharma opened the route in 2008, and Ondra confirmed the grade in 2010. It was Ondra’s first climb of the grade. The other climb Ghisolfi tried was Chris Sharma’s mega-project “Perfecto Mundo,” an intense mono-fest speculated to be in the 9b+ range.

Video footage of Sharma trying “Perfecto Mundo” intermittently over the years makes it look like a serious undertaking, but Ghisolfi, confident from his recent send, wants to see if he can piece it together.