Everest has cost Nobukazu Kuriki eight years and nine fingers, but the 34-year-old mountaineer from Hokkaido, Japan is at it again for his seventh attempt, climbing the taut line between tenacity and obsession. 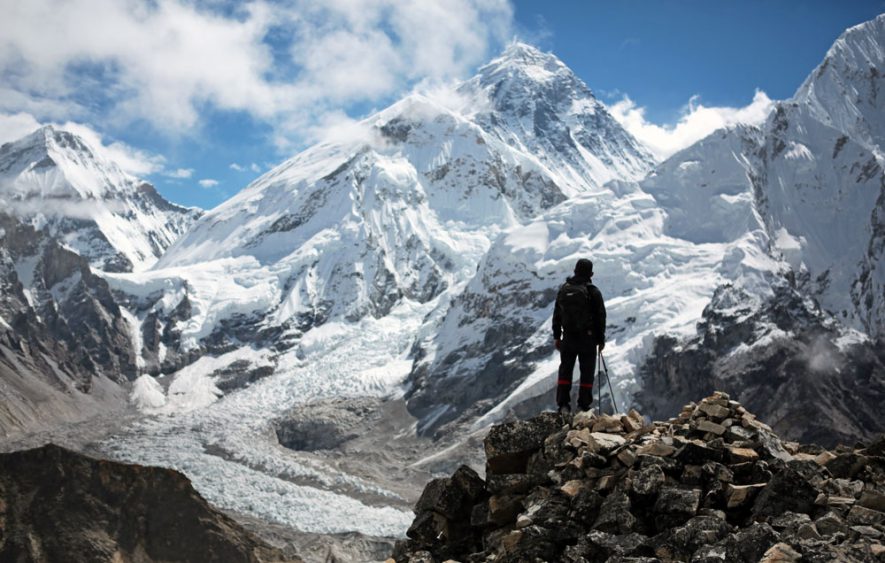 It began, as adventures often do, with a woman. Nobukazu Kuriki found himself, at 19, in the arms of a beguiling mountaineer. Her passion for the sport didn’t interest him, though—he much preferred karate—until the day she dumped him. Heartbroken, Kuriki desperately needed answers. Her climbing, for instance: Why did she love the mountains and not him? He decided to scale a nearby volcano to find out. The traverse took a week. Wind sheered down the slope, stinging his exposed skin. Deep snow forced him to stomp and wade more often than climb. Still, Kuriki reveled in the misery: it allowed the outside of him to feel like the inside. 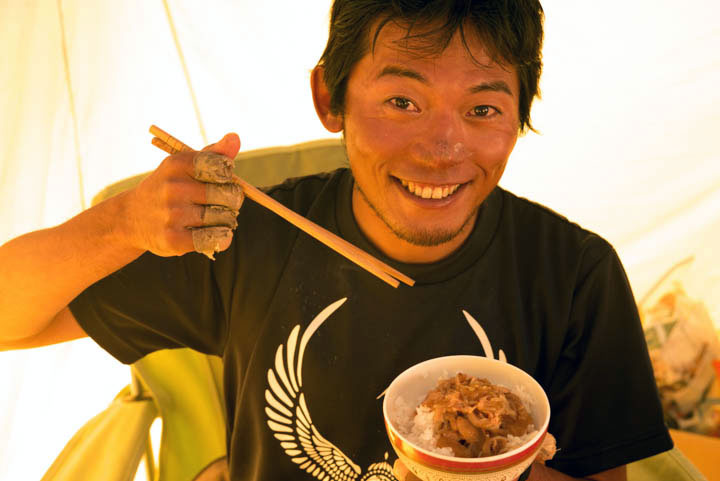 But not for long. Somewhere near the summit, Kuriki fell in love again. Facing the Sea of Japan, tears icing his face, he decided, “This is an amazing world!” Hooked on summits, he now desired the highest of them all.

How he reached the top became as essential as getting there. But Everest is a frustrating peak for purists. Symbolism aside, it’s overcrowded, strung with fixed lines, lashed with ladders, strewn with trash, and contaminated by zoo levels of bodily waste. Yet even on a degraded Everest, solo ascents off the bottle remain relatively pure and uncompromising, and that’s how Kuriki intended to approach the mountain.

His father, Toshio, hardly knew what to make of this. Kuriki’s mother had died a few years earlier, leaving him to fret about his son’s altitude ambitions alone. At first Toshio tried the silent treatment, but soon broke down. As Kuriki boarded a flight to Denali in 2004, his cell phone chirped. “I trust in you,” his father announced, then hung up. To concerned friends, Toshio describes his son as a dandelion, fluff and grit, ascending on the breeze, yet tough enough to break through a crack in concrete. More or less resigned, he’s still prone to affectionate outbursts, even when Kuriki is safe at sea level. “I am not going to lose you!” Toshio often blurts out, loud enough to convince himself.

Predictably, Kuriki felt the same exhilaration on Denali as he had on Hokkaido. Everest expeditions followed in rapid-fire succession: 2009, 2010, 2011. In 2012, the mountain maimed him. About 2,500 feet below the summit on Everest’s West Ridge, the jetstream unleashed a blast of frigid air, causing Kuriki’s body temperature to plummet. As he battled the wind, retreating to lower elevation, Kuriki’s hands stiffened into claws. A telltale swelling began, and his fingers eventually blackened, signaling irreversible damage. Nine would have to be amputated below the second joint. Disappointed in himself, Kuriki could barely paw the phone or formulate a response when his father’s voice echoed over satellite. 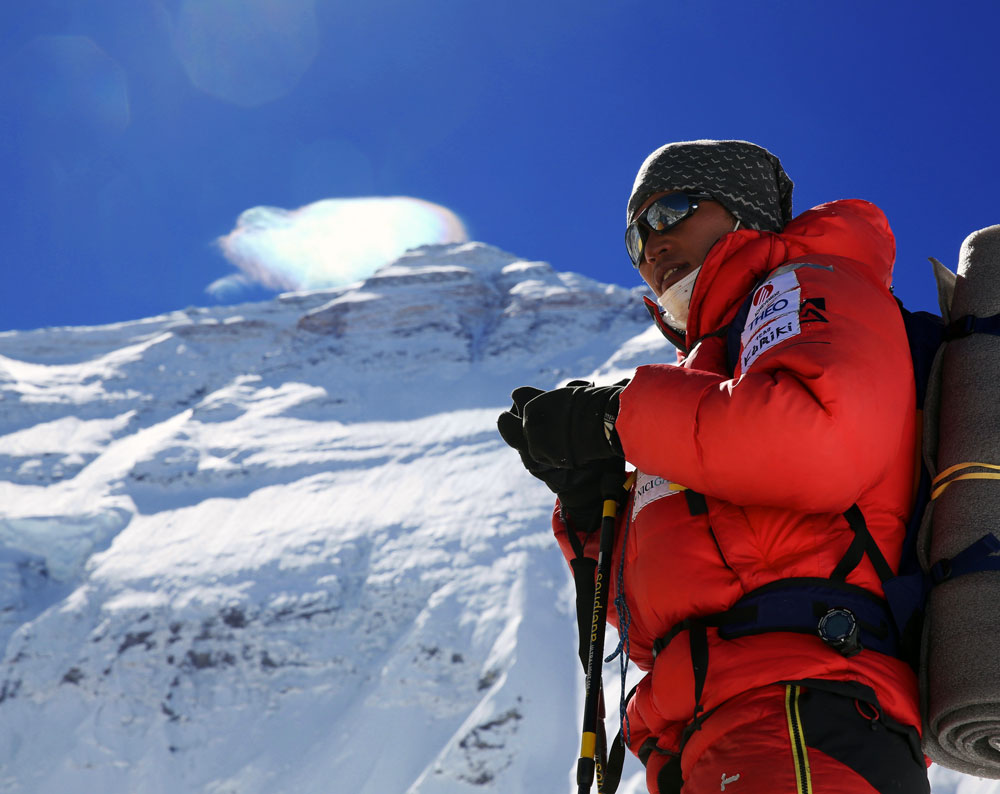 Congratulations, Toshio repeated. “Because you came down alive.”

Kuriki had to agree. He was alive, a good baseline, but now what? The answer remained the same: Everest, his way. In September 2015, he resumed his quest with a more conservative mindset and experience gained from solo climbs on Annapurna, Broad Peak, Dhaulagiri and Manaslu. “I’ve learned to control myself,” he admits. “On the day I lost my fingers, I knew better than to leave my tent. After all, I had seen the weather report. But it was my last shot of the season, so I did it.”

In 2015, his determination was tempered by tragedy. The previous spring, a catastrophic earthquake had rocked the Himalayas, setting off avalanches and claiming 22 lives on Everest alone. Kuriki, who typically attempts Everest in the autumn, watched the carnage from home. When he became the first climber to return to Everest, the world was watching, needing a triumphant summit. Instead, Kuriki reached his limit about 2,200 feet below the summit and turned around. In 2016, he attempted Everest from the south, but found the route choked in snow. Again he turned around, this time 4,600 feet below his aim.

When asked if he’ll ever quit, Kuriki laughs. “No way! When I fail, I want people to say, ‘Wow! Kuriki! He’s still at it. If he keeps going, then I can too.'” This week, Kuriki attempts Everest for the seventh time, a man with no regrets and only one fear: “For something to go exactly as planned.”

Amanda Padoan is the co-author of “Buried in the Sky: The Extraordinary Story of the Sherpa Climbers on K2’s Deadliest Day.”