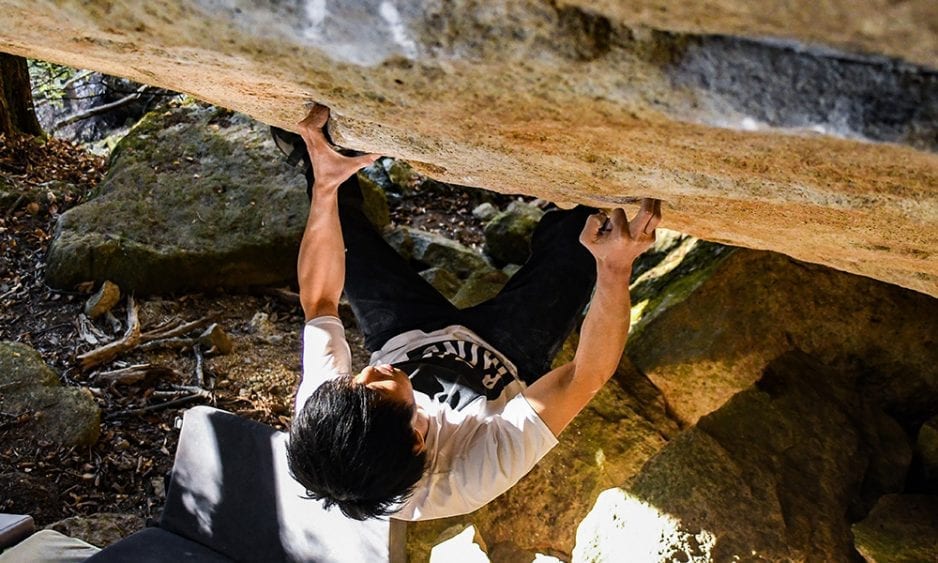 Three-and-a-half years ago, Rock and Ice published an article titled “The Greatest Boulderer You’ve Never Heard Of: Ryuichi Murai’s on Fire.” At that time he only had 220 followers on Instagram. Since then, he’s done at least six other V15s. His following is up to over 10,000. Two weeks ago, he climbed his hardest problem yet, with the first ascent of United, and called it V16. Ryuichi—we have a feeling you’re going to gain a few more followers now, too, climbing at such a high level.

Murai tells Rock and Ice in an email, “I’ve never climbed V16 before. However I felt that United was harder than Byakudo [The Road to Heaven] (V15) in Japan and The Game (V15) in Boulder, Colorado, which I climbed this year. So I decided to suggest V16.”

United adds a low start into Decided, a V14 on Mt. Mizugaki, Japan. Toru Nakajima established Decided in 2014. The climb consists of four intense moves on crimps on a 50-degree overhang.

Murai first tried Decided in 2016 for several days. At the time, he couldn’t even climb Decided, and a low-start—which he hadn’t even noticed yet—was beyond him. He came back stronger in 2018, and sent Decided on November 3. That’s when he saw some lower holds below the original start.

“The lower part consists of 5 hards moves on pinches and a narrow two finger pocket,” Murai says. “I think the lower part is harder than Decided. It’s around V14 by itself.”

He ultimately spent 10 days on United, the longest he has ever tried a project.

Though this is a new personal best for Murai, he’s already looking for his next challenge. In particulary, he has his eye on another open project on Mt. Mizugaki.

“This is a passing point, not my goal,” he says. “I still want to push my limits more.”