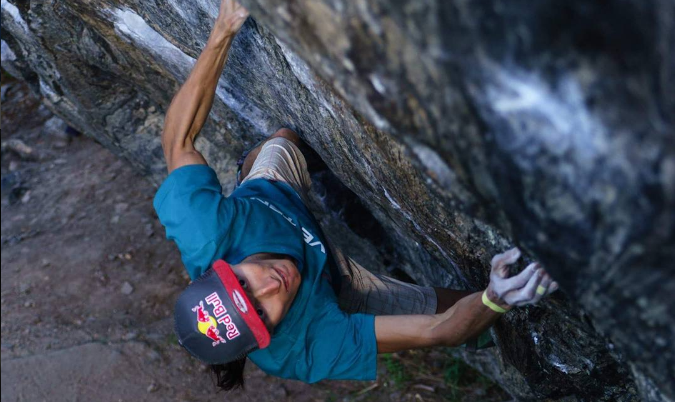 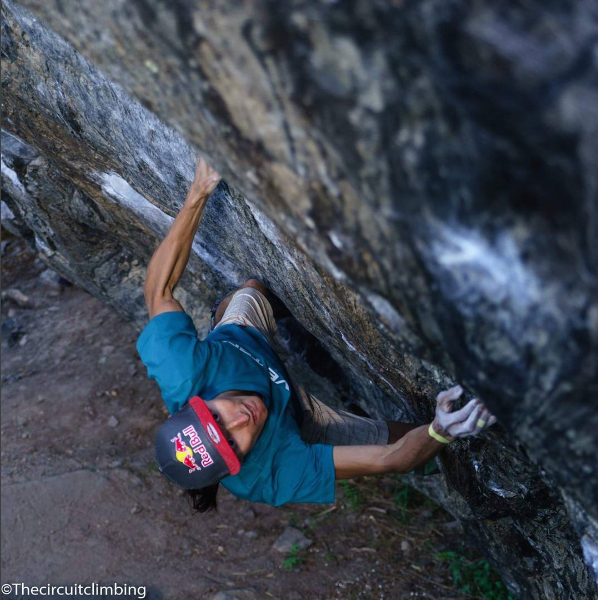 Gelmanov, 28, was visiting the United States to compete in the IFSC Bouldering World Cup in Vail during the GoPro Mountain Games. He placed fifth, behind Yoshi Ogata, fellow Russian Alexey Rubtsov, Tomoa Narasaki, and Kokoro Fujii. After the world cup, like many of the other competitors, he ventured into the testing grounds of RMNP.

The area is home to some of the hardest boulder problems in the country such as Dave Graham’s Bridge of Ashes (V15), and Woods’ Paint it Black (V15) and Hypnotized Minds.

“When I first saw the ‘Veritas Right’ project, I was immediately drawn to the line’s simplicity, rock quality, hold formations and rock color,” Woods told Rock and Ice in a previous interview. “There are just enough holds to make it possible. I was psyched to find something that would really challenge my style of climbing, and this line was the gem.”

It took him eight days to send and he suggested V15 for the grade at the time. Since then, the boulder problem has shut down many of the world’s best boulderers, including Dave Graham and Paul Robinson.

Woods later bumped the grade up to V16. In a forum on 8a.nu, Woods wrote: “Just to clarify I have upgraded Hypno to 8C+ [V16] … When I first established it in 2010 I did not have as much experience as I do now with boulder grades. Hypno went relatively fast for me (8-10 days) spread across spring and fall season, so I assumed it was 8C.

“Hypno is the epitome of my style in climbing and still took a bit to figure out. Last week I repeated it from three moves in (first couple moves are not hard) and felt like it was still harder than anything I’ve climbed so far in that style. Dave and Paul are psyched on it and have told me they think it feels 8C+ as well.”

Gelmanov pulled on Hypno’s holds a few times to warm up, without his feet leaving the ground, and nearly sent it on his first attempt, according to Eddie Fowke of the The Circuit Climbing.

Two sessions later, in the cooler temps of night, Gelmanov sent the problem for its first repeat.

The Hardest Bouldering in America … and Maybe the World