Fifty one different ascents are up for consideration for the 2020 Piolets d’Or, alpinism’s biggest prizes. 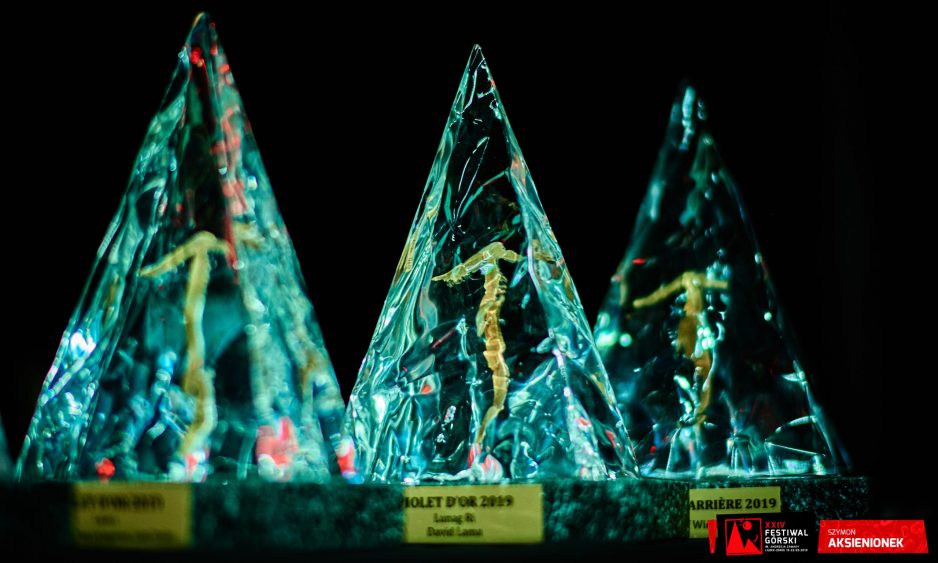 The Piolets d’Or committee has released a list of significant climbs completed in 2019, from which a select few will be chosen to receive alpinism’s highest honor.

The Piolets d’Or, or the Golden Ice Axes, honor the most notable climbs in a given year. This long list contains “innovative ascents in most mountain regions of the World, climbed during 2019, in alpine style, and without using drilled equipment.”

The list contains dozens of lesser-known ascents and climbers as well as many of the climbing world’s biggest names—all of whom climbed stunning peaks and lines in 2019. Some of the ascents to keep an eye on:

— Dmitry Golovchenko and Sergey Nilov’s climb (though not to the summit) of the East Wall of Kumbhakarna (also known as Jannu), Pakistan (7,710 meters);

— The first integral ascent of the East Face of Mt. Fay, Canada, by Brette Harrington, Luka Lindič and Ines Papert.

— A new variation to M-16, on Howse Peak, by David Lama, Hansjörg Auer and Jess Roskelley. All three perished on the descent.

For the past two years, the Piolets d’Or have been awarded during the Ladek Mountain Film Festival, in Lądek-Zdrój, Poland. While the COVID-19 pandemic has thrown large events and gatherings around the world into question, a press release announcing the long list announces the Festival planners’ intention to hold an in-person event. “We are quite confident that our Plan A – to hold a physical event over the four days of September 19-22 – will take place,” the press release reads, “but our Plan B, in case a new outbreak of COVID-19 prevents this happening, is to hold an online event over a longer time period.”

[Also Read A Peek Into The Piolets D’Or: Catching Up With The 2019 Winners In Poland]