"I don’t know what the real limit is": Top Athletes Head to USA Adaptive Nationals
News +

“I don’t know what the real limit is”: Top Athletes Head to USA Adaptive Nationals

The 2019 USA Climbing Adaptive Nationals are this weekend! 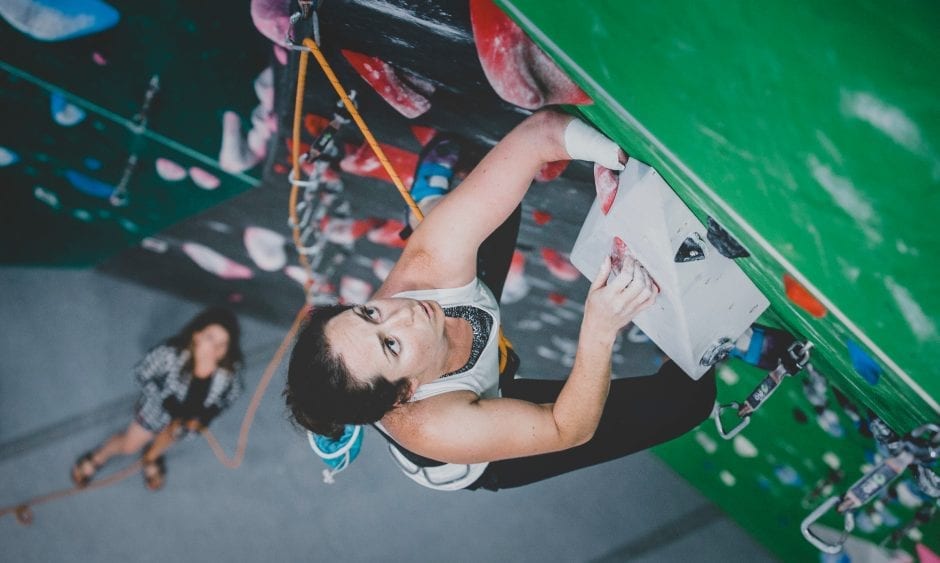 Beginning tomorrow adaptive climbers from across the country will meet in Columbus, Ohio to compete for a spot on the 2019 USA Adaptive Team. The competition will be hosted by Vertical Adventures for the second year, with more than 100 competitors expected to arrive. The weekend will include workshops and clinics that encourage adaptive climbers of all levels to join the community.

Rock and Ice caught up with a few of the U.S.’s top adaptive climbers in each respective category.

On March 29th, 2017, Brittany Davis fell 40 feet and broke her L1 vertebrae and the ulna and radius bones in her arm. The accident left her with partial paralysis from the waist down. Before the accident climbing was her passion; Davis worked as a coach and setter. Despite her paralysis, Davis is now the Head Coach at Cliff Hangers, sets a few times per month, and spends her free time training for upcoming competitions. Just five months after she started climbing again, Davis qualified to go to the 2018 World Championship in Innsbruck, Austria as a USA Team member.

“I fully believe the rock climbing was one, if not the biggest factor in my recovery,” Davis said.

When Justin Salas was 14, he lost most of his vision over a short period of time. He was diagnosed with Optic Neuropathy of Unknown Origin—a fancy way of saying the doctors didn’t know the cause. Salas was determined to stay active: He did BMX and played soccer. After a friend at the local gym persuaded him to try climbing, however, he was hooked.

As soon as Salas could afford a gym membership at age 22, he devoted himself to the sport. Salas now has two National titles and a gold medal from the 2018 Paraclimbing World Championship in Innsbruck.

Salas said, “The thing about climbing is, I haven’t yet found a roadblock I can’t get past.”

Maureen Beck is not someone that believes in excuses. She has bright, almond shaped eyes, a tenacious smile, and a left arm “stump” that she’s not afraid to joke about. Beck has six National titles, two World Championship gold medals from 2014 and 2016, and a bronze medal from the most recent World Championship in Innsbruck.

This will be Beck’s last year competing so she can focus on her outdoor ambitions.

“I don’t know what the real limit is,” said Beck in an interview with National Geographic.

Trevor Smith won silver at the 2018 IFSC Paraclimbing World Championship in Innsbruck, just two short years after he took up the sport. Smith is 17 years old from Erie, Colorado and was born without the lower part of his arm. As a kid, Smith was inspired by the climbers in Boulder Canyon. He took up the sport in the winter of 2016 and earned a spot on the USA Team by the following June.

Smith said, “I’m excited for adaptive nationals both for competing for the podium and to catch up with some great friends!”