Professional athletes of all stripes have a unique platform and ability to connect with their fans. Miranda Oakley—who in 2016 became the first woman to climb the Nose solo in a day—uses Adam Ondra’s recent visit to Israel and the Occupied Palestinian Territories to ask what responsibility climbers have to consider the injustices or problems in the places they visit. 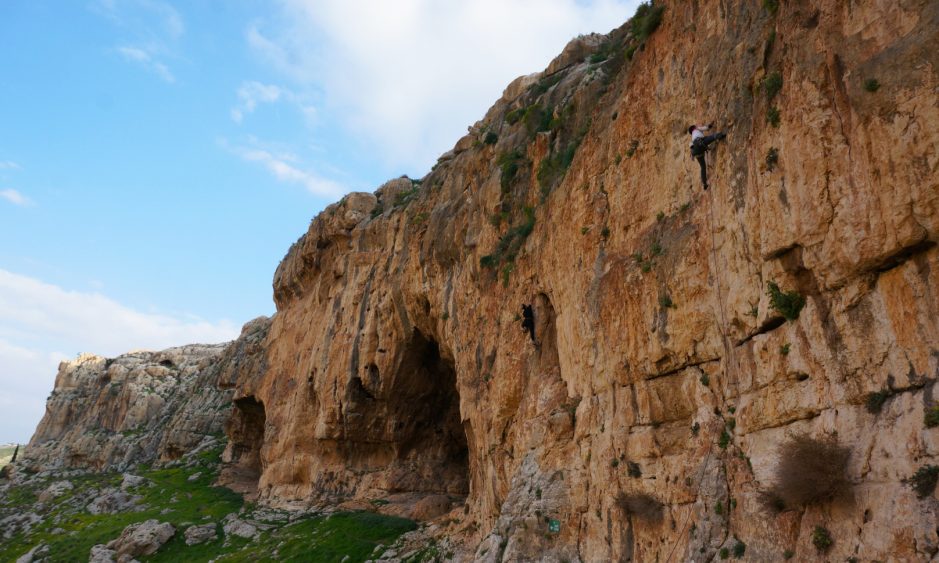 Adam Ondra recently went on a climbing trip to Israel and the Occupied Palestinian Territories. He freed Israel’s first 9a (5.14d) and named it Climb Free to bring attention to the Israeli government’s restrictions on climbing development and to promote climbing in the region. By climbing in the Occupied Territories but not visiting or acknowledging the local Palestinian climbers, Ondra unintentionally made a political statement.

Ondra’s post on social media about the trip incited heated comments from climbers around the world. One comment read, “Climb Free, in Israel?! You really should look up ‘irony’ in the dictionary…”

For years the Israeli government has been heavily criticized for its military occupation of the West Bank and siege of the Gaza Strip. In East Jerusalem and the West Bank, the Israeli army devastates Palestinian communities by arresting children, assaulting journalists, shooting protesters with live ammunition and demolishing houses. In Gaza, Israel’s deadly responses to Hamas rockets have aroused the attention of the International Criminal Court.

But what does this have to do with rock climbing?  During the spring of 2017, I travelled to Ramallah, Palestine. My mother was born there and I had recently learned of a grassroots Palestinian climbing community that was struggling to get established. Palestinian climbers were incredibly welcoming and eager to show me around the five crags in the Ramallah area. I had an amazing time immersing myself in the rich culture of Palestine but was devastated to witness the incredible injustice that the locals face on a daily basis. Rock climbing in this context is especially empowering.

On his trip, Adam Ondra visited one of my favorite climbing areas in Palestine called Ein Fara (Ein “Prat” in Hebrew). Ein Fara is adjacent to an illegal Israeli settlement called Anatot and the climbing was developed by Israeli climbers. Ein Fara and Anatot are part of the approximately 60 percent of the West Bank that is under direct Israeli control. Palestinians can climb there but access is limited. They are not allowed to access the crags through the settlement and have to walk 45 minutes around the settlement to get there. Sadly, the spring of Ein Fara used to be a major water source for local Palestinian villages. Some of the Palestinian climbers used to own land where the settlement now stands.

Israel is a beautiful country known more for its religious and historical sites than its steep limestone crags. With the hard work of Israeli climbers and Ondra’s visit to the area, hopefully the government will loosen restrictions to climbing areas and the climbing there will receive the international attention it deserves. It’s hard to imagine anyone turning down the opportunity to visit this amazing part of the world, climb with locals and free a new line. However, to visit the West Bank without regard for Palestinians is more than a slight; it is another insult in a long history of oppression. By refusing to acknowledge the politics of the situation and ignoring the local climbing community, Adam Ondra’s route name, Climb Free, seems to encourage freedom for only some of the residents of Israel/Palestine.

Traditionally, climbers have their own code of ethics that has nothing to do with politics or social justice and everything to do with climbing style and Leave No Trace. But why do the ethics of climbing stop at politics? Ondra is a hero to me and many others because of his style and ethics on the hardest climbs in the world. Perhaps that is why it is easy to use him as an example. Anyone who has traveled abroad to climb has likely made a similar mistake. I’m sure he had no idea about the political implications of his trip. But does that make it ok?  Maybe it’s time for the climbing community to make an effort to be more sensitive towards the people and political situations in our climbing destinations. We may be able to escape politics in the remote mountains that we travel to but we still have to get to them. We need to think about our impact along the way.

The views and opinions expressed in this article are the author’s own and do not necessarily reflect those of Rock and Ice.