On May 23, Nima Jangmu Sherpa reached the summit of Kanchenjunga at 28,169 feet (8,586 meters), becoming the first woman in the world to climb Nepal’s three highest peaks in a single season. 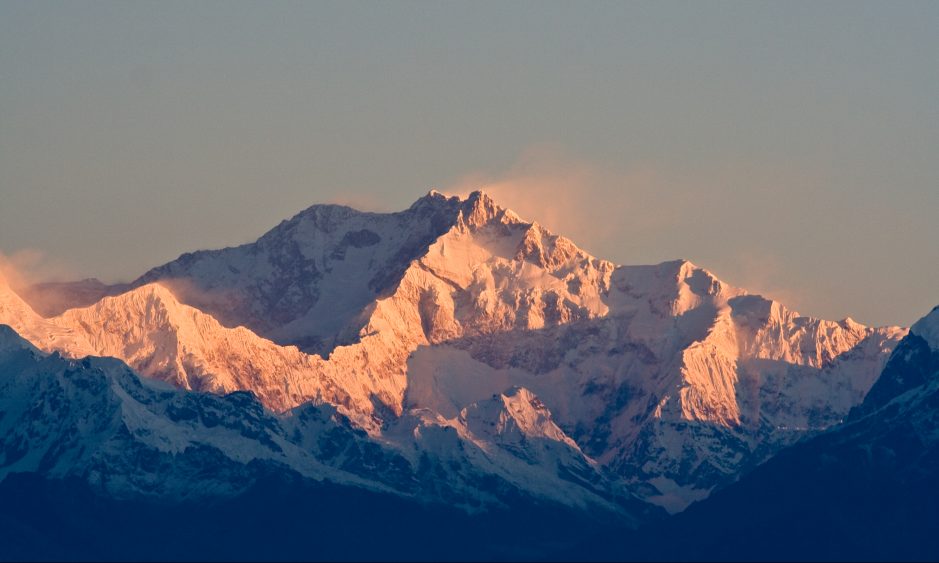 Since the first ascent of Kanchenjunga on May 25, 1955, by British climbers Joe Brown and George Band, no known climber has stepped on the actual summit of the mountain. Most parties stop a mere ten or fifteen feet away, a tradition which began with a promise Brown and Band made to local Chogyal monarchs, who gave their blessing to the original expedition on the condition that the climbers only went as high as they felt they needed to, so the mountain would remain pure.

Nima Jangmu, who hails from the small Sherpa town of Namche Bazar, which sits at an elevation of over 11,000 feet, lives in Kathmandu. In an interview with The Himalayan Times before she left for her Kanchenjunga expedition, Nima Jangmu spoke of her motivations: “I want to ascend all three highest mountains in a season to show the world that Nepali women are also endowed with courage and determination.”

Nepal contains eight of the ten highest peaks in the world; the other two, K2 and Nanga Parbat, are in Pakistan. Nima Jangmu summited Lhotse, the world’s fourth highest peak at 8,516 meters (27,940 feet) on April 29, then continued on to the “Top of the World,” Mount Everest, gaining it’s summit May 14. On May 23 at 6:20 am, she reached the top of Kanchenjunga, Nepal’s second highest peak and the world’s third highest, along with two other Nepalis, Phur Gyaljen Sherpa and Nawang Rapke Sherpa, as well as a Chinese climber, Hong Dong Xuan. The peak is frequently ranked, along with Annapurna and K2, as one of the most dangerous 8,000 meter (26,247 foot) peaks.

The Himalayan climbing season, which peaks in May, when the vast majority of successful parties make their ascents, has already resulted in the deaths of five climbers, three Sherpa guides and two foreigners, on Everest alone. -Owen Clarke