Nearly Dead: A Preview of the Epic Adventures Issue
News +

Nearly Dead: A Preview of the Epic Adventures Issue 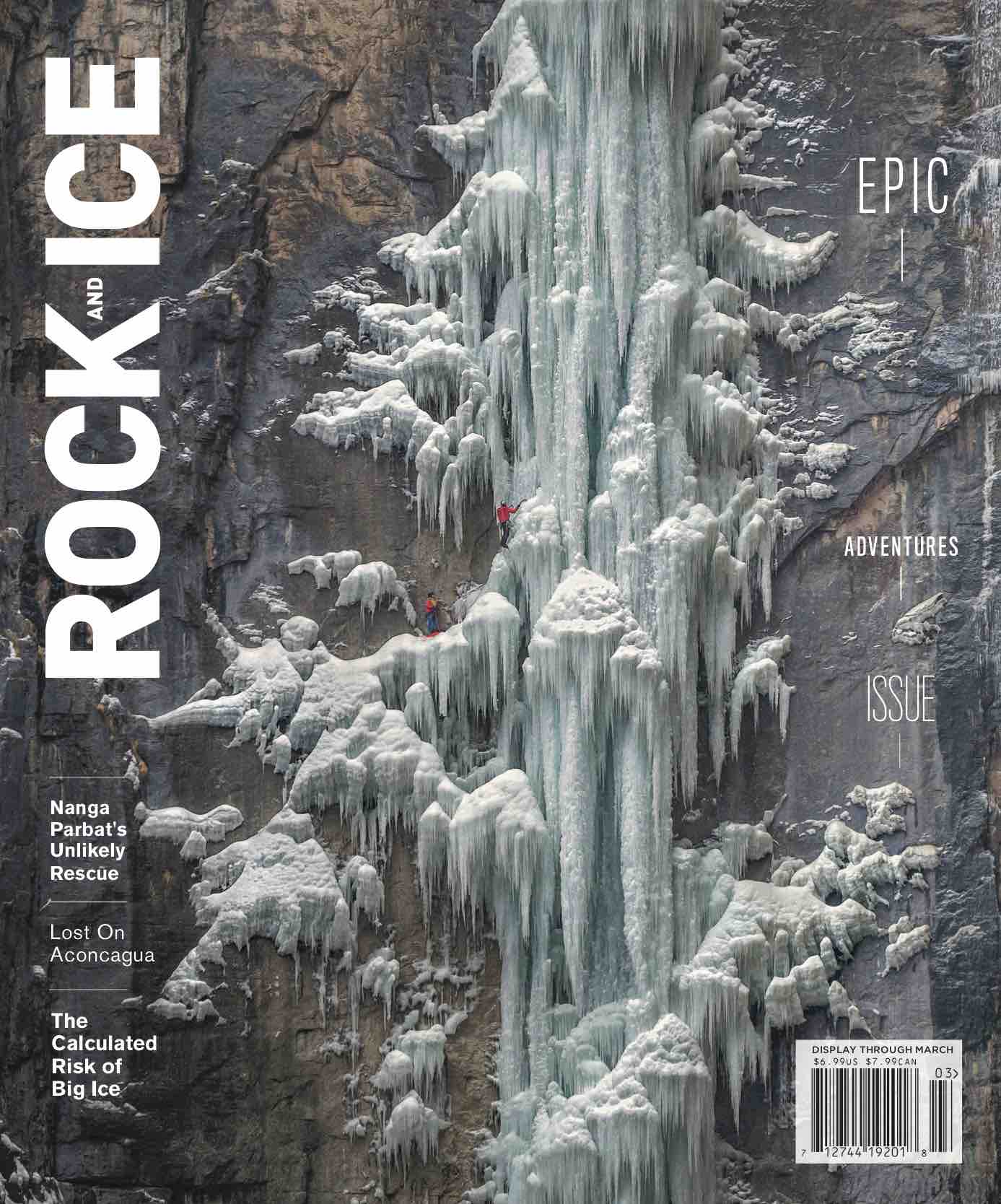 I can’t remember whose father it was—either mine or my friend Cory’s or someone else’s who was with us—but we were all uber stoked, being of the prime intellectual age of 14, to be dropped off at Rocks State Park, Maryland, with the stated intention of finding something to climb. If we were lucky, we’d achieve the implicit goal of nearly killing ourselves and returning to middle school to spread the tale. Victory would be ours.

Cavity Crack, now unfortunately renamed Beginner’s Crack—boo!! thumbs down—was, and remains upon inspection two decades later, not quite a pile, but at least four stars short of a classic. Donning a “No Fear” hat, turned backwards, I sent the rig on toprope. First try! This climbing thing wasn’t so hard. Next!

I looked back, yelled “Take,” and soaked in the glory. I inhaled meditatively, and thought, This is what I want to do with the rest of my life. Actually, I did none of that, since I didn’t know what “take” was, I didn’t trust my belayer—I’m 99 percent sure we didn’t have belay devices—and none of us trusted our gear enough to weight it if we didn’t have to.

I topped out … but what I saw on top of Cavity Crack scared the shit out of me. And still does.

Welcome to the Epics issue. What makes an Epic? Who cares … just sink your teeth into some of the best adventures we could find, starting with Will Gadd’s ascent of the Christmas Tree in China, 500 feet of stacked chandeliers and drippy-castle ice. Michael Levy’s detailed recounting of  a superwoman effort on the second winter ascent of Nanga Parbat will keep you glued to the pages, and veteran longform writer Chris Walker spins a fine yarn about a tragedy of brothers on Aconcagua.

And while El Cap seems tamed today, Marcus Garcia’s string of unfortunate events on the Shield reminds us that adventure, and danger, can lurk anywhere. Last, Sarah Anne Perry takes us into the jungle to see some fine Ecuadorian first ascents and a donkey named Socio.

My eyes were not deceiving me. On top of Cavity Crack, piled chaotically before me, as if tossed, was the entirety of our anchor, 10 feet of one-inch tubular webbing and five locking pears, each strong enough to pull an airplane.

Glad I didn’t fall, I thought.

“Hey guys,” I yelled down, “someone took down our anchor.”

“Huh.” They ran up and around to the top.

On the top of Rocks State Park was a little thing known as King and Queen’s seat, which, being a five-minute downhill stroll from the parking lot, attracted kids, disgruntled teenagers and voluminous fanny packs. Said personnel at the summit were, in the parlance of alpinism, my first experience with objective hazards. They didn’t know climbing, saw a bunch of “litter” that looped blocks and horns, and dutifully (from their perspective) disassembled our anchor. The only thing keeping the rope running through the top, and giving the semblance of an anchor, was the friction created by five pounds of biners and webbing. Alas, I learned my lesson—there isn’t always one. That’s climbing.

A Breakout Year For Climbing

Trash and Tourists on Mt. Sinai