A 30-year-old Omaha native and mother of two was 15 feet shy of topping out before she descended (and was arrested). 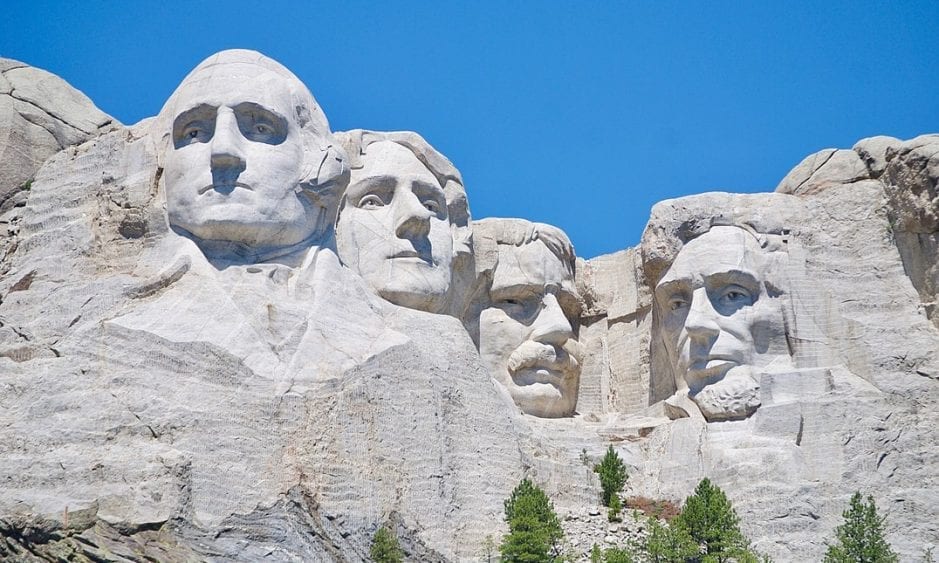 Sandwiched between two of our nation’s great leaders last Friday night, Alexandria Incontro was very, very high. No, she wasn’t taking bong rips with Keanu Reeves and that yodeling kid. She was 15 feet from the summit of Mount Rushmore. For those of you scratching your heads, it’s that cliff with a bunch of faces on it that your aunt gave you a snow globe of when you were 11. Coincidentally, it’s also the sole reason 99.999% of people would consider visiting South Dakota. The other 0.001% come for the climbing in the Needles, of course.

When I saw the headline that someone was arrested climbing around on Mount Rushmore, I thought, Oh, probably a couple of drunk teenagers. Nope.  Incontro, the barefoot free soloist, is a 30-year-old woman who was on vacation with her family. The Omaha, Nebraska native left her two children in the hands of some dozen relatives at the base and began scaling the monument last Friday, around 7:00pm. She made it within 15 feet of topping out her route, which wound between the stone faces of George Washington and Thomas Jefferson, before a park ranger and federal officer convinced her to downclimb.

People have been climbing monuments as long as they’ve been making them. A quick web search will pull up douchebags climbing the Pyramids of Giza, the Christo Redentor or any other tall, famous landmark for an Instagram selfie or a YouTube video. (Beware. These are the same brand of people that try to impress gumbies by campusing V2 at your local plastic shed.)

Multiple incidents occur each year at Rushmore. Last year, a 19-year-old was fined $1,000 for scrambling around the talus at the base of the monument. His words when caught—“I’m sorry dude! I was just doing it for the fun!”—will echo in eternity. Unlike the teen and others before him, however, who stayed on the talus, Incontro seems likely the first to climb the faces of Mount Rushmore without a rope. Luckily, she was unharmed, save for a few scrapes and bruises. She was also fined $1,000.

Why Incontro climbed the monument remains unclear. Her lawyer told the Washington Post, “Ms. Incontro seems like a nice person who was ‘having a day,’ as it were.” My mom watches soap operas when she gets stressed out. Other moms, apparently, go solo national monuments.

Part of me wants to ask Incontro, You were so close, why didn’t you go for the send? But then I realize I’m in no place to do so. I’m typing this on my laptop eating chips and salsa—not ropeless and barefoot on Washington’s cheekbone.

The real question is of course: What is the route rated and what did she name it?

Lol @ all of the predictable leftist handwringing in this place. Echo…echo…echooooo…