"Mission to Mars" Is Tim Emmett and Klem Premrl's New WI 13 (What?!) at Helmcken Falls
News +

“Mission to Mars” Is Tim Emmett and Klem Premrl’s New WI 13 (What?!) at Helmcken Falls 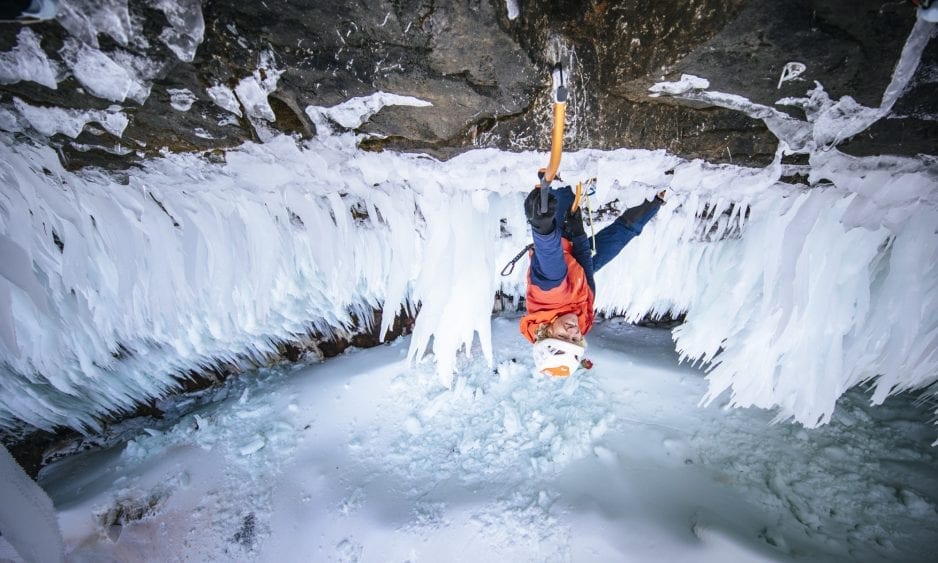 Sometimes the existing grades are just inadequate. That’s what Tim Emmett and Will Gadd concluded back in 2010 when they pioneered Spray On—the first ice climb in the steep cave behind Helmcken Falls—and graded it WI 10, several grades harder than anything that had ever even been proposed.

Now, a decade and another half dozen Helmcken trips to his name later, Emmett, along with Slovenian climber Klemen Premrl, has done another envelope-pushing first ascent with Mission To Mars. And he and Premrl have suggested yet another astronomical, heretofore unheard of grade for it: WI 13.

“We wanted to go in there this year and try to climb something that was really steep and hard and long, and a bit more radical than what we’d done before,” Emmett told Rock and Ice last week.

When they stood at the bottom of the cave this year, they set about the process that any new line in Helmcken requires: kicking off hundreds of daggers and installing bolts where they envisioned the new route. After two days equipping the climb, they began working out the moves. Another two days later they had made the first ascent of Nadurra Dura, a WI 12 measuring about 32 meters in length.

“It starts off quite steep, and just gets steeper and steeper,” Emmett said. “You start up a pillar, climb to the top of it, and then there’s one move on rock—a natural pick placement that you use to gain the ice—and then you’re pretty much on ice the whole route. The hardest part is the last bit.”

Having made quick work of Nadurra Dura, Premrl and Emmett got the drill back out and added a four-bolt, eight-meter extension to the route. The last two moves of this extension were also on rock.

The partners got right back on the sharp end and after another few days had both sent the new extended line: Mission To Mars, WI 13, the hardest climb in the cave.

In terms of the grade, it’s a bit less outlandish than it sounds when you consider Emmett and Gadd’s original rationale for the high numbers in Helmcken. “WI 12 and WI 13—those grades are the equivalent to mixed grades, but on ice,” Emmett said. “So if it was on rock, it would be M12 or M13. These grades are to give people a general idea of the effort, and how hard they are.”

In a feature titled “Where Worlds Collide” that Gadd wrote for Rock and Ice, he explained further the decision to give the grade of WI 10 to Spray On back in 2010: “If the pictures of Spray On excited people, the grade pissed off just as many, especially in Europe. Tim and I gave the route the new rating of WI 10 because we felt that the climbing was at least as hard as M10 mixed: You don’t have a hope of getting up it unless you can climb M10 and lead top-end water ice as well. Second, ice grades are increasingly irrelevant even as climbers strive for bigger numbers. For example, a couple of friends of mine climbed a new route in Austria and rated it WI 8, only to have it repeated and downgraded to WI 6. Ice grades higher than grade five are simply more about ego than reality.”

For Emmett, going back to Helmcken seems to be anything but ego. “It’s a really unique form of climbing with ice axes, and Klem and I absolutely just love it. It’s just really really fun, and it’s a whole experience,” Emmett said. “You have to climb really carefully. You can’t just smash your tool in or the spray ice will break. The body position you use is crucial as to whether you come off or not.”

Along with the esoteric climbing style, the beauty of the cave keeps Emmett coming back. “We haven’t found anything quite like it,” Emmett said. “There are some caves in Iceland, but they aren’t as big and they aren’t as cold. Everyone we go in there with is totally blown away by the size of it. The route we’ve done is 40 meters high, and when you look at it from outside of the cave it looks tiny. But when you’re in there it’s totally mental.

“Anyone that goes in there—it’s going to be a memorable part of their lives, whether they climb or not.”

Stas Beskin: The First Ascent Of Trial And Thoughts On A New Ice Grading System 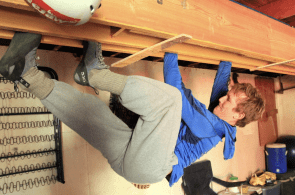 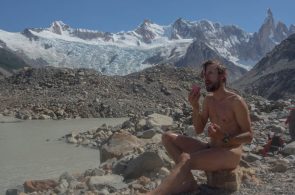