A group of U.S. military personnel climbed to the top of Denali to help shed light on cardiac complications at high altitude. 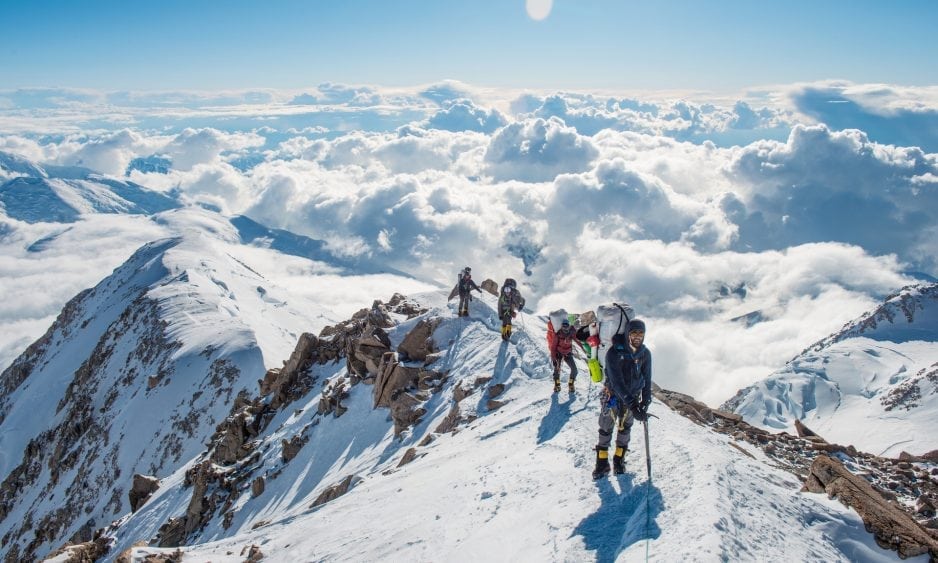 Members of the USX team on their way to the next camp above 17,000 feet. Photo: Dave Ohlson, D.O.

Last June, four U.S. military veterans and a doctor climbed to the top of Denali—the highest point in North America at 20,310 feet—all in the name of science.

The team, operating under the auspices of the nonprofit U.S. Expeditions and Explorations (USX) handled by Dr. Dave Ohlson, used cardiac monitors for 23 days to obtain data that could shed light on the effects that high altitude may have on the body, including heart attacks, strokes and sudden cardiac death. The latter problem condition is the most common cause of non-traumatic death in men over 34 years who are exerting themselves in high-altitude environments.

For Dr. Ohlson, this expedition was a unique opportunity to collect valuable data in a field where information is limited, due to the obvious difficulties of carrying out research in hostile, high-altitude places.

Climbers used wireless electrocardiogram sensors to capture cardiology data and cardiac arrhythmias at all stages of the expeditions, from Talkeetna (the closest city to Denali, 348 feet above sea level) to the summit and then back to Talkeetna.

Dr. Ohlson briefed the team on how to place the monitors correctly and advised the members to keep a journal of the symptoms they experienced daily during the expedition. Nicklas Anthony, USX’s marketing and communications director and a U.S. Marine Corps officer, said that the most difficult part was waxing his chest so that the sensors could adhere to the skin. “It was extremely painful, I would not do it again unless it’s in favor of science,” Anthony said, tongue in cheek.

Based on the preliminary results, Dr. Ohlson found that one of the five participants had some long pauses of up to 3.5 seconds between heartbeats while sleeping. This happened up to 15 times a night while sleeping at the highest altitude, 17,200 feet.

Ohlson explained that, despite what many might think, this isn’t dangerous—in fact, it even happens to some people at sea level for various reasons. “People with sleep apnea can get these skipped beats when their oxygen levels drop,” said Ohlson. “This isn’t surprising, it is something that others have observed at high altitude. The thing that I am excited about is that there are better and better tools for doing this kind of research.”

Though this was only a pilot study to demonstrate the tools and methodologies necessary for this type of research, Dr. Ohlson said that the next step will be monitoring hundreds of people at high altitude environments.

For Anthony, USX’s mission of conducting scientific studies in remote places provides an opportunity to redefine how people think about veterans: not as heroes or victims, but as people with unique skills and abilities to carry out research that can contribute to the benefit of medicine and science.

“The work of USX gives us a chance to continue to meet the need that drove us into service. USX does more than raise awareness. It helps us contribute to something tangible using our abilities to work in remote challenging environments,” said Nicklas.

Next year, Dr. Ohlson plans to publish the final findings of the study and, together with USX, to carry out other expeditions that allows him to do more extensive research, the practical implications of which are exciting. One day, he hopes doctors will be able tell if there is a risk factor for certain patients before they ever step foot in the thin air on high mountains.

Denali 2018 And The Poop Challenge