The film director Tom Shadyac is trying to make climbing more accessible and as un-cost-prohibitive as possible for the residents of Memphis. 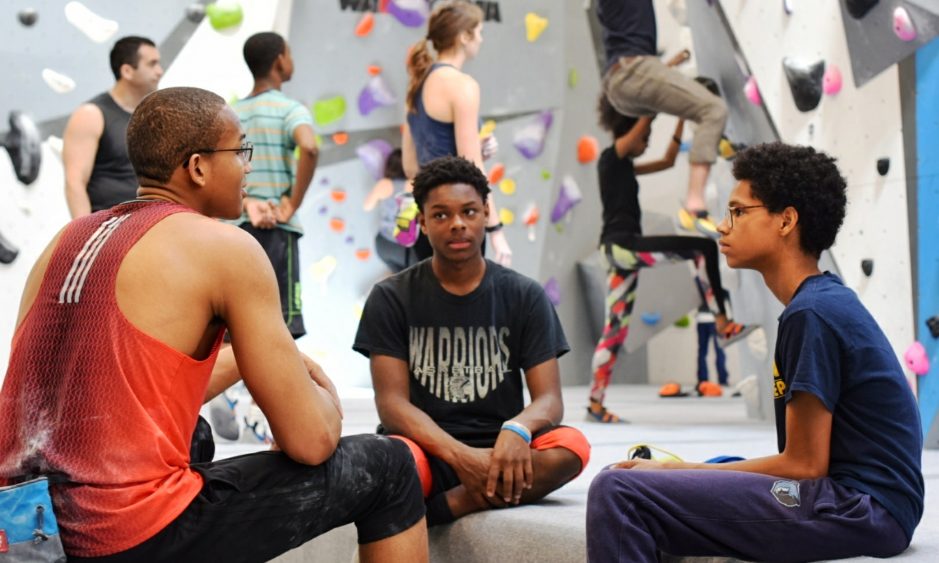 In the 1998 dramedy film “Patch Adams,” the title character, played by the late Robin Williams, dreams of creating a free hospital, where no patient would be turned away for lack of means. The film’s director, Tom Shadyac, had a similar dream: a rock climbing gym where no one would be refused for not being able to pay. Just as the real Hunter “Patch” Adams turned his vision into reality with the Gesundheit! Institute, so has Shadyac breathed life into his, with the recently launched Memphis Rox, a full-scale climbing gym in Memphis, Tennessee.

Memphis Rox officially opened its doors on March 22, 2018. Located in Soulsville—one of the poorest neighborhoods in the country with one of the highest crime rates—the gym is a non-profit. There are suggested rates for memberships and daypasses (significantly lower than the average American climbing gym), but they are precisely that: suggestions. If you can’t pay, Memphis Rox simply asks that you “earn” your membership through volunteering for a small number of hours at either its own facilities or at another local non-profit. Youth can also “pay” for their memberships by participating in mentoring programs.

Shadyac’s inspiration for Memphis Rox comes in part from his father, who was one of the original founders and CEOs of ALSAC, St. Jude Children’s Hospital’s fundraising arm, in Memphis.  Shaydac’s brother Rich later served as CEO, too. St. Jude’s model is similar to the Gesundheit! Institute, in that anyone and everyone is served regardless of ability to pay. Shaydac decided that he wanted to use his considerable means after years of directing films—many of them blockbuster hits, such as “Ace Ventura,” “Bruce Almighty” and “The Nutty Professor”—to provide a public service built on the St. Jude’s model.

While St. Jude treats children with cancer, Tom saw the opportunity to treat a “societal cancer”—the dearth of opportunity and community outlets for youth in Memphis, as well as the limited access to outdoor activities. Shadyac had fallen in love with climbing while living in Boulder, Colorado about three years ago. Zack Rogers, Memphis Rox’s director of administration, says Shadyac liked the “welcoming atmosphere” at the Boulder Rock Club and that climbing “became part of his daily life.” Shadyac put two and two together and realized a pay-what-you-can climbing gym in Memphis might be an interesting experiment.

Shadyac financed the construction of Memphis Rox entirely out of his own pocket. And he didn’t skimp: he contracted Walltopia to build the 32,000-square-foot facility, replete with state-of-the-art 15-foot bouldering walls and 45-foot top-rope and lead walls. Jon Hawk, the gym’s director of operations, says that Shadyac wanted “to make this a gift to the city of Memphis.”

Though it’s just coming up on its two month anniversary, Memphis Rox is already a unique positive force in the community. With around 600 check-ins each day, the number of new climbers in Soulsville and greater Memphis is ballooning. Says Jon Hawk, “It’s the most diverse climbing gym I’ve ever seen.” Rogers says that professional climbers Meagan Martin and Kai Lightner visited last month and both agreed “they’d never seen anything like it.”

Just because paying is optional, doesn’t mean people aren’t ponying up if they do indeed have the means. “Ballpark, I’d say 80% are paying full price,” Hawk says, noting that there is also the option of paying extra to offset the cost of those who might not be able to pay anything at all.

While getting local youth excited about climbing is critical to Memphis Rox’s mission, the primary purpose, both Hawk and Rogers stress, is for the gym to serve as a gathering place and neighborhood resource. “We’re here to serve as a community outreach center,” Rogers says. “We’re bringing something new, but using it as a bridge to build relationships, and as a way to connect people from all different walks of life.”

Though Memphis Rox is still in its infancy, there are already designs to export the non-profit climbing gym model to cities like Detroit, Pittsburgh and Los Angeles. “Ultimately what we want is to have the climbing industry shift a little bit towards the idea of making it more accessible,” Rogers says. “And I think that begins with not pricing people out of participation.”

Gear Guy: Should You Be Allowed to Practice Lead Falls in the Gym?