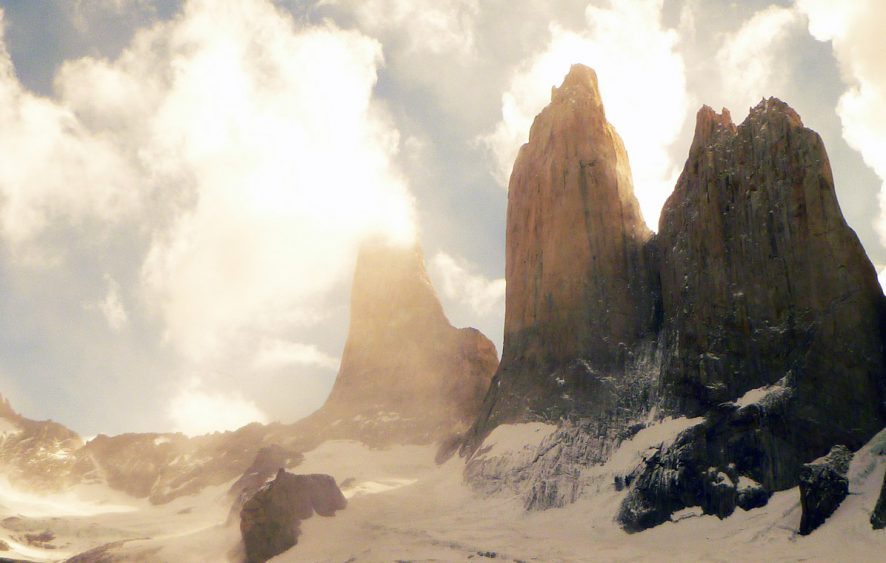 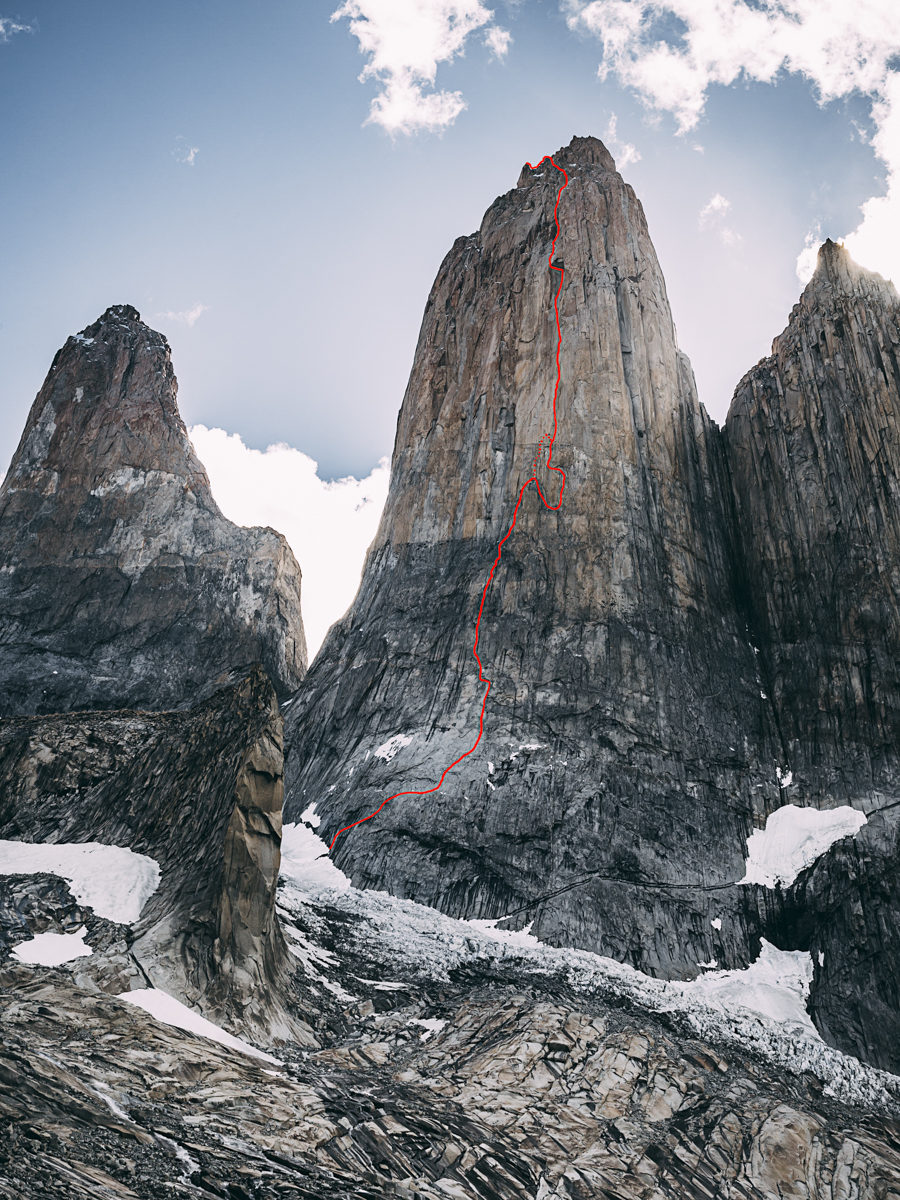 After 15 days on the wall, Mayan Smith-Gobat, Ines Papert and photographer Thomas Senf topped out Riders on the Storm—a coveted prize on Torre Central in Torres del Paine National Park, Chilean Patagonia. They reached the tower’s summit on February 6, the 25th anniversary of the first ascent, and claimed the route’s fifth known ascent.

“Riders on the Storm pushed me to new limits,” says Smith-Gobat, “It took absolutely everything I had both physically and mentally.

“I felt like I had to pull together every scrap of my previous climbing experience, from bouldering to big wall and to scrape together my minimal alpine experience, to be able to successfully climb this route.”

Wolfgang Güllich, Kurt Albert, Bernd Arnold, Peter Dittrich, and Norbert Bätz established Riders on the Storm in 1991 at 5.12d A3. They were able to free all but a handful of pitches through a blank section of wall, and ever since, climbers from around the world have sought to claim the route’s first free ascent, without success.

Patagonia’s relentless winds and chaotic weather have shut down even the best attempts at a complete free ascent. Two crux crack pitches near the top of the tower frequently ice over and become impossible to free climb, and a pitch near the middle of the face requires a pendulum and bat hooking to sneak through an entirely blank section, Smith-Gobat says.

Like other teams before, Smith-Gobat and Papert’s goal was to make the coveted first free ascent.

During their first week on the wall, with good weather, they discovered a difficult, 5-pitch variation to loop around the original lower aid section. But to make the most of the rare, stable weather conditions they chose to put their efforts into free climbing the upper section and summiting the tower first. 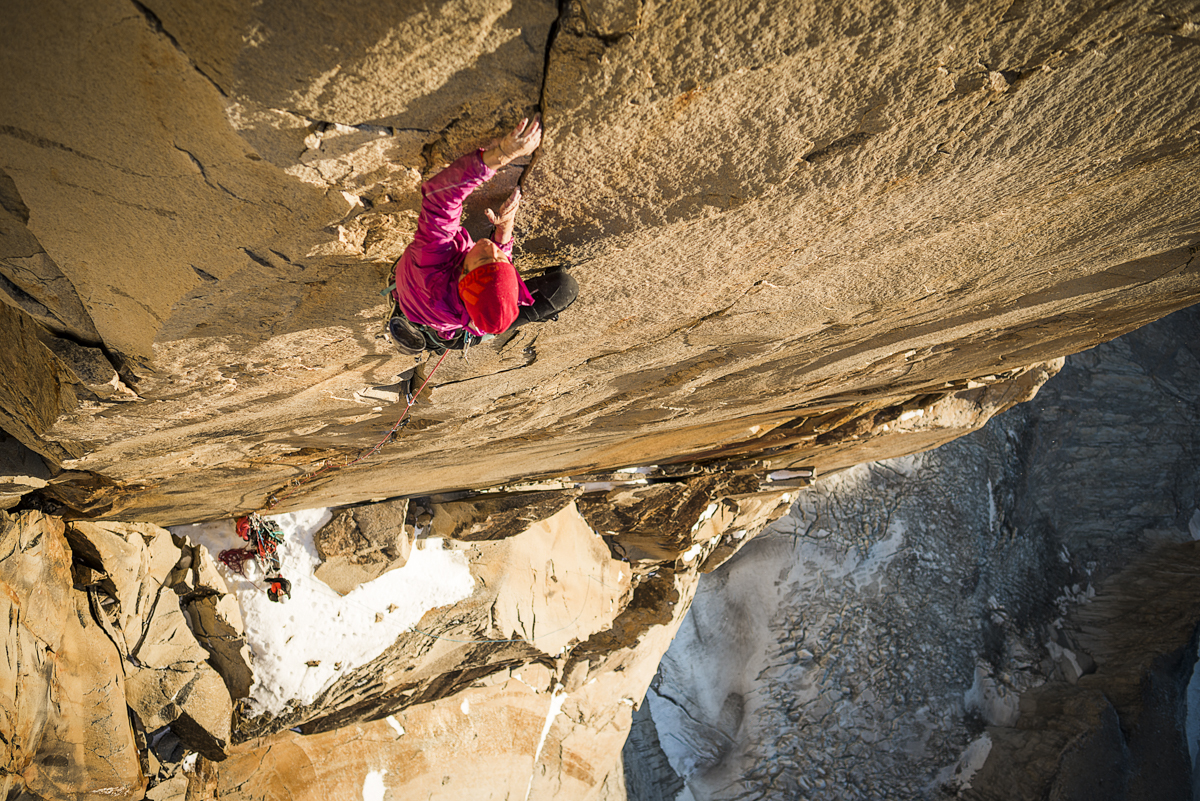 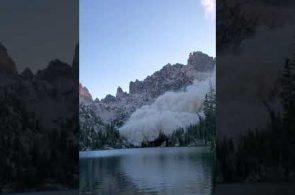 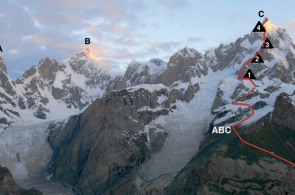