Margo Hayes on what it takes to climb La Rambla (5.15a) in Siurana, Spain.

On February 26, 2017 Margo Hayes made history with her ascent of La Rambla in Siurana, Spain—she became the first woman to climb a confirmed 9a+/5.15a. The 19 year old from Boulder, Colorado spent seven days projecting the benchmark 5.15a climb.

“I felt a rush of emotion that I hadn’t expected,” she tells Rock and Ice of the moment she clipped the anchor. “I began to weep. I felt overwhelmed by the excitement and the disbelief!” 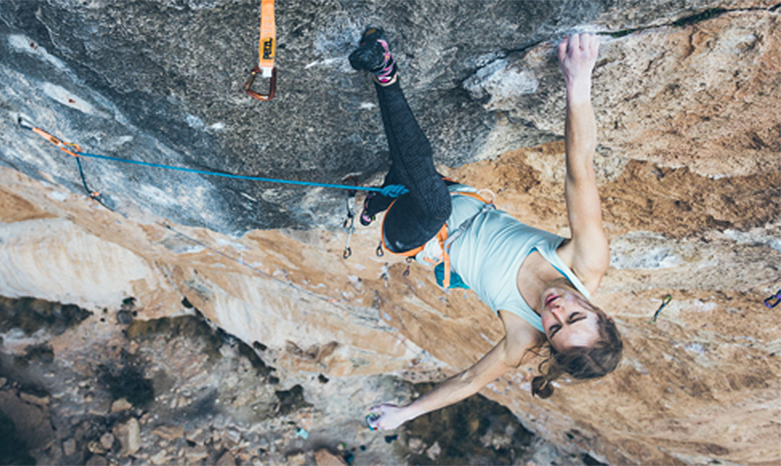 What inspired you to climb La Rambla?

I was inspired by the beauty, the difficulty, and the history of La Rambla!

Can you describe the projecting process? How did the moves feel, and what was the crux for you?

I always enjoy the projecting process on a climb. Whether it is a route that you send in three tries or one that takes many more, it is a journey.

There is a definite crux at the top of La Rambla, and this was the hardest part for me. I would not point out a specific move as the most challenging for me, because I found myself falling at higher and higher spots rather than one stopper move.

Do you think the climb fit your style well?

I don’t think that I have a particular style because I try to expose myself to varying styles in order to learn more. I do really enjoy long endurance routes, because that is when concentration and focus really come into play. La Rambla is definitely one of those lines!

It was fantastic to try a route alongside Matty and Jon! I enjoyed learning more about their individual approaches to climbing challenging routes, as well as being there to encourage each other. Our experience as a team in Spain surely brought us closer as friends.

Did you ever think that the climb might not be possible for you, or were you pretty confident from the beginning?

I knew that I was capable of climbing the route, but I was also aware that it wasn’t going to be easy. Although it is natural to experience some doubts, I tried my best to remain confident in my ability. Being positive increases the likelihood of success!

Seven days is fast for the ascent, especially for such a hard climb and your first of the grade. How do you think you were able to climb La Rambla so quickly?

Thank you! I stayed committed to my goal. I was in good shape, but most importantly, I was determined. I think that this is ultimately what made it possible. The mind is so powerful!

Do you feel any different now, after climbing La Rambla? Do you feel like the climb has changed your mindset in any way?

Climbing La Rambla liberated me! It is a wonderful feeling!

Because of the historic nature of the ascent, what do you think this means for women climbers? Do you think the “gender gap” in climbing, if it even exists, is coming to a close?

For decades, women have been taking climbing to new levels. I am honored to stand among those women. We will see more women pushing the boundaries of climbing in all of the genres. I have so much respect for the climbers who have had the vision and the commitment to equip climbs such as La Rambla and for the many climbers in the international community who challenge and enjoy themselves, no matter the grade!

The best part of the experience was being surrounded by beauty and the lovely people from all over the world!

The hardest part was having to leave Siurana, Catalonia Spain.