Czech climber Lucie Hrozová has established what may be the hardest mixed climb in the United States, setting a new standard. She named the route Saphira and it clocks in at M15-. 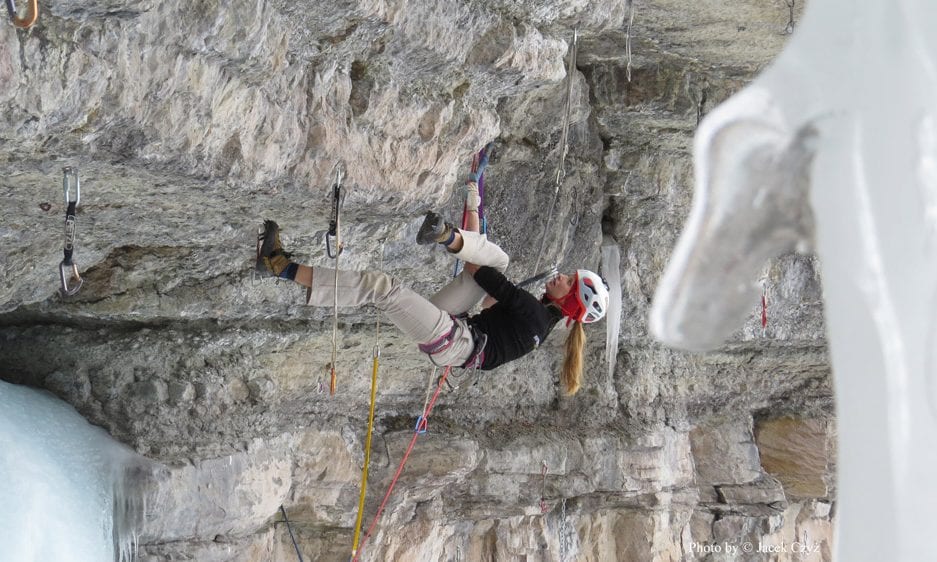 Hrozová, 27, won the Ouray Mixed Climbing Competition for women, placing third overall, sent The Mustang P-51 on her first try, and on January 31, claimed the first ascent of what now may be the hardest mixed climb in the United States—on her third attempt.

She named the route Saphira, after a mythical dragon, and suggested M15- for the grade.

Before Saphira was born, it was Stanislav “Stanley” Vrba’s project resolving the big roof of the Fang Amphitheater, like Will Mayo’s Mustang, but in the opposite direction (and a few meters longer) with a more difficult line into the roof.

Vrba worked on the project over the last two years and drilled the last three bolts leading into Jeff Lowe’s legendary Octopussy a week before Hrozová’s ascent. 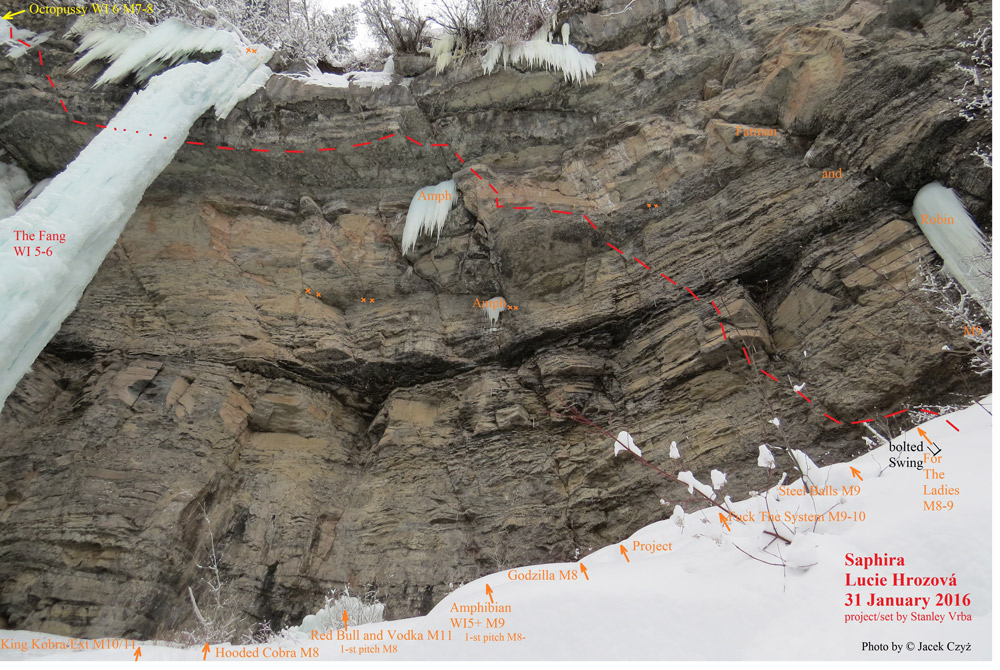 Saphira, at almost 55 meters, requires an 80-meter rope and forced Hrozová to perform more than 65 Yaniros (figure-4s and figure-9s). It took her exactly 50 minutes to reach the anchors, more than twice as long as it took her to climb Ironman (M14+) in Eptingen, Switzerland, which she sent in 20 minutes.

Watch Lucie Hrozová on the first ascent of Saphira (M15-)>: