After a quick jaunt up to the Northern Hemisphere, Aussie Logan Barber made the first free ascent of The Firewall (5.13d) in Liming, China last week—now considered the hardest traditional climb in the country. 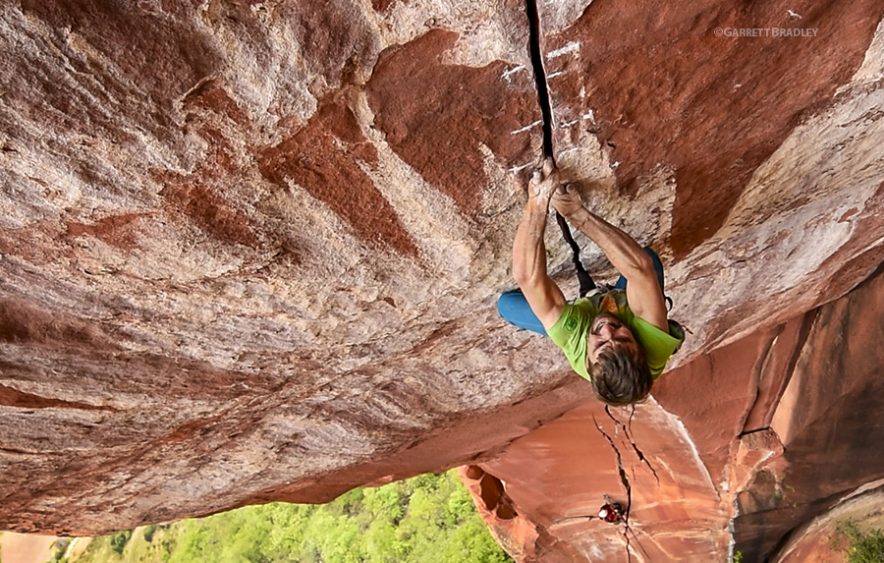 Logan Barber on The Firewall (5.13d), the hardest trad line in China. Photo by Garrett Bradley.

It took Barber 22 attempts over two trips to free the line. He placed all pro on lead.

The burly off-width to overhanging-ring-locks sandstone crack is the third pitch of The Flying Buttress—a former aid line established and named by the Canadian James Cherry in November of 2012.

“The climb is stunning, the gear is solid and the rock is a fantastic iron red,” Barber told Rock and Ice, “Only once in the entire route did I place a foot outside the crack.”

As for the grade, Barber says, “The Firewall is definitely harder than Air China [5.13d],” the previous hardest trad route in the country,“by a grade.”

But despite The Firewall being “a grade” harder, Barber doesn’t think it warrants a 5.14.

“I found the grade difficult to give,” he says. “So I guess I have settled on 13d even though that is what Air China will stay at for now despite Firewall being a lot harder.

“Anyway, I guess the grades will all be up to future ascensionist.”

As for what’s next, Barber will be heading to Squamish, B.C., Canada to “tickle the holds on the Cobra,” Sonnie Trotter’s 5.14 crack test-piece.