The climber and president of Sportrock Climbing Centers completed her goal on a recent trip to Kalymnos, Greece. 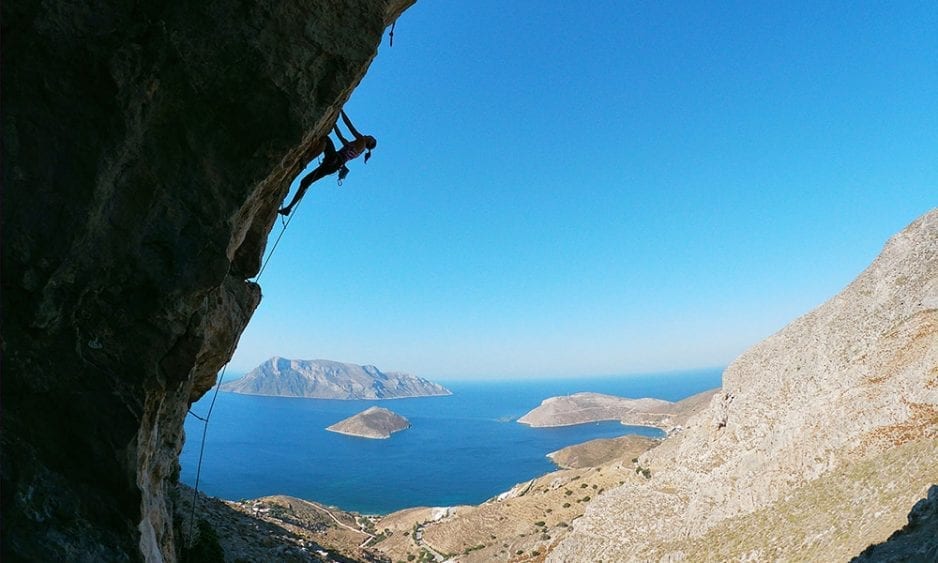 The climber and president of Sportrock Climbing Centers completed her goal on a recent trip to Kalymnos, Greece. Photo: Scott Hailstone.

Lillian Chao-Quinlan was a full-time elementary school teacher when, in 1999, she first set foot in a climbing gym and knew instantly that she’d found a sport that she wanted to pursue for the rest of her life. “I’d always wanted to be a dancer,” she explains. “And it felt like dancing perfectly on my first night.”

A year later, she became an instructor for the gym, and just five years after that she became the president of Sportrock Climbing Centers. She still holds that position today, and has guided the gym through major changes and expansions over the past fifteen years. In addition to her ceaseless and dedicated work at Sportrock, she has become an astoundingly accomplished climber in her own right. Having begun climbing at 30, she is now approaching age 50, and just completed her personal goal of climbing 50 routes in the 5.13 grade range, which she had hoped to accomplish by her birthday in November.

Chao-Quinlan is meticulous and detail-oriented, both in business and in her climbing. When she first took over as president, she pinned up 300 yellow Post-it notes with action items that she felt needed to happen right away. She records every route that she sends in an Excel worksheet, but she’s quick to explain that she’s not a number-chaser.

“I don’t write down all of my sends until after the climbing season is over over,” she says. “I don’t do it ongoing because I feel like you kind of miss out on the experience of just climbing. You start getting too oriented on the numbers, which is something that I’ve never been.”

The goal to hit 50 5.13s came to her on a whim. She was 48 and reflecting on how close she was to age 50. She realized she had climbed 43 5.13s over the past 20 years, and figured that trying to climb seven more would be a nice way to celebrate the milestone. It was a purely personal goal: she told hardly anyone about it.

Over the next year, she was preoccupied with gym expansions and failed to make any progress toward her goal. Last month, as she headed to Kalymnos, Greece on a climbing trip with her husband, she was still at 43 5.13s, but was determined not to let the goal consume her or take over the trip. She had been injured and had been climbing less than usual.

“I told myself: don’t be outcome-oriented, just be process-oriented, and do the training and see what happens. Be grateful that you can be healthy,” she says. “And so the first two weeks we were in Greece, we just went to new places. And I really kept true to my commitment of just having a good time. I mostly got on 5.12s for about two weeks. I didn’t feel like pushing it.”

On the third week of the trip, however, Chao-Quinlan got on a 5.13 route that a friend had recommended. She sent it in two tries. Just six more 5.13s during the trip might not be such a difficult or stressful goal after all, she realized. Within a week she had sent three, including one 5.13d—her hardest grade to date. By the conclusion of the trip, she had sent nine 5.13s, bringing her total past 50 and up to 52.

When asked about her other stats, she consults the spreadsheet. The sheer volume alone is impressive. In two decades of climbing, in addition to her 52 5.13s, she has sent 436 5.12s and hundreds of routes at other grades. She is still deeply in love with the sport, but as she has gotten older, her focus has shifted somewhat. She says, “I think with age comes this even greater appreciation that number one, you’re healthy, and number two, you can climb hard.”

Her friend Dyane Bronson, who met Chao-Quinlan when she was still working as an instructor at Sportrock, describes her as incredibly thoughtful and dedicated—traits which have attracted the respect and loyalty of her staff. “She’ll have a hundred things going on, doing a big gym expansion, being up all night, but she’ll still remember somebody’s birthday,” Bronson says. “Or she’ll remember my daughter’s birthday and something for her.”

In her role as president, Chao-Quinlan has overseen major gym expansions, and has worked to create a more inclusive and healthy environment at Sportrock, for members and employees alike. More than half of her full-time employees have now been with Sportrock for over 15 years. In June, she was invited to speak on a panel at the World Indoor Climbing Summit in Bulgaria. She describes the experience as an honor, as well as a moment of realization for her. “What I came to understand is that I’m one of the few female minority gym owners and operators in the world,” she says. “And that gives me a great sense of pride and the hope that we can continue to build more professions in the climbing industry, and then also help younger women see that this is something that they can actually make a lifelong profession.”

Chao-Quinlan says that being a passionate climber herself has been invaluable to her work as president in several different ways. To begin with, Sportrock’s tagline says that the gym is “built by climbers, for climbers.” Chao-Quinlan says, “I always see our company from the perspective of the member, and as a climber. What kind of experience would I want when I walk through these doors?”

The rest of her team is also made up of climbers. “Even when we’re making decisions about, Do we renovate the bathrooms or do we order more awesome, cool volumes for the walls, it’s kind of a no-brainer, for us,” she says, laughing.