The 26-year-old Spanish runner and climber Kilian Jornet has shattered the roundtrip speed record on Alaska’s Mount McKinley (aka Denali), having climbed and descended North America’s highest peak in 11 hours and 40 minutes.

Jornet shaved five hours and six minutes off the previous record,  which was established last June by Airforce veteran Ed Warren at 16 hours and 46 minutes. News of Jornet’s  historic feat has propagated from the Walter Harper Talkeetna Ranger Station in Denali National Park, according to the Spanish climbing website Disnevel.com. Jornet used crampons and skis to climb up and down Denali, but other details surrounding the record remain unknown.

The speed record on Denali involves a roundtrip distance of roughly 33 miles, and begins and ends at the Kahiltna landing strip. The total elevation gain is approximately 13,000 feet. It is worth noting that Jornet’s reported time of 11 hours and 40 minutes is an hour faster than Ed Warren’s one-way time to the summit of Denali of 12 hours and 29 minutes.

Also worth noting is the fact that Warren’s previous record went largely unnoticed, and was only reported via the online Valley News and his own report at VerticalMinded.com. Warren did used use witnesses during his ascent, which he lists in his report as Tyler Jones, Eric and Joey. The last names of two of his witnesses have not been reported.

Prior to Warren’s effort,  Chad Kellogg —who was recently killed in a climbing accident—held the Denali speed record with a time of 23 hours and 55 minutes, which he established in 2003.

Jornet’s record on Denali is just one of several the Catalan mountain runner hopes to establish during his  “Summits of My Life” project. Jornet’s goal is to ascend some of the most famous peaks in the world in record times while simultaneously striking “a balance between beating speed records at each vertex without assistance” and conveying “personal values upon life and the mountain.” Last July, he kicked off the project by setting the speed record on Mont Blanc, climbing up and down the peak in a mere four hours and 57 minutes. 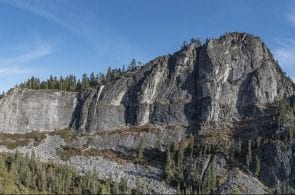