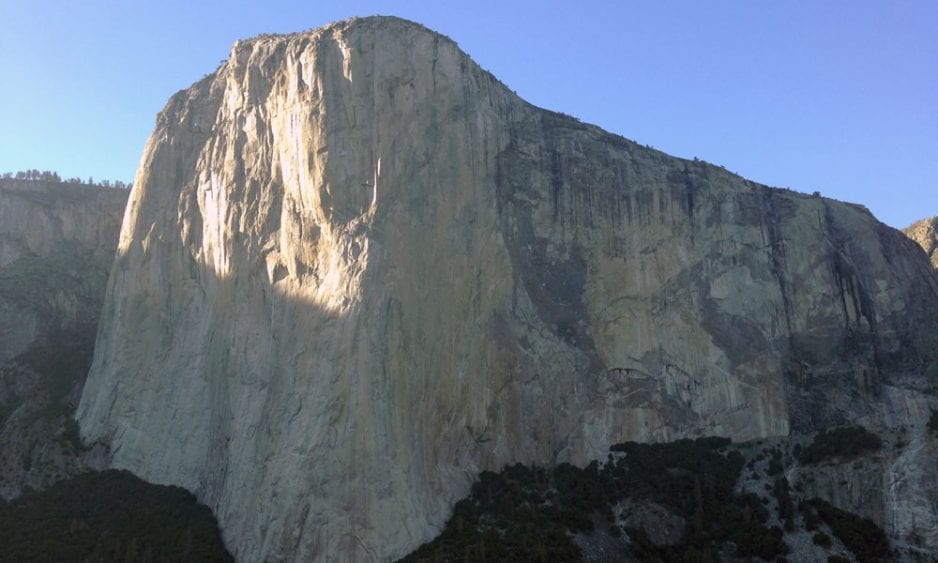 Midway up the Dihedral Wall on Yosemite’s El Capitan in 2004, Tommy Caldwell muttered to himself, “I don’t know if I have this in me anymore,” a moment he recounted in 2005’s American Alpine Journal. “The Dihedral Wall pushed me to say these words for the first time in my climbing career,” Caldwell wrote in the essay, titled “Dihedral Perspectives.” When he finally strung together the first free ascent, Dihedral Wall stood as the hardest free route on El Capitan, until Caldwell and Kevin Jorgeson freed the Dawn Wall (VI 5.14d) in late December 2014 to January 2015.

Twelve years after Caldwell opened the line, Dihedral Wall has seen its second free ascent. Last week, Dutch climber Jorg Verhoeven freed the route over a period of five days. He worked the climb over the course of several weeks, supported by his wife, Austrian climber Katharina Saurwein, and in turn supported her on Final Frontier (5.13b).

“The rest [is] filled with 5.12 climbing,” Verhoeven wrote on Instagram. “All slabs and pin scarred dihedrals…”

Verhoeven got his first tastes of free climbing on the big stone in 2013, when he freed El Niño (VI 5.13c AO), and then again in 2014, when he snagged the fourth free ascent of the Nose (VI 5.14a). First freed by Lynn Hill in 1993, the Nose didn’t see it’s second and third free ascents until Caldwell and Beth Rodden each freed the line in 2005 (after Caldwell had already freed the Dihedral Wall).

Before returning to the Valley this year, Verhoeven remained tight-lipped about his goal, but a few weeks before he arrived in Yosemite he wrote on Instagram, “This year I won’t be struggling with 10 meters of slick dihedral,” referring to the Changing Corners pitch on the Nose, “but rather with 700 meters of it.” His decision to try to unlock the Dihedral Wall only added to the excitement of the season in Yosemite, what with Robbie Phillips’ free ascent of Pre-Muir (VI 5.13d); Pete Whittaker’s one-day rope-solo free ascent of Freerider (VI 5.12d), a first for any El Cap route; Whittaker and Jacob Cook’s one-day free ascent of Freerider; Barbara “Babsi” Zangerl and Jacopo Larcher’s free ascent of Zodiac (VI 5.13d), likely the third free ascent of the route; and Adam Ondra’s battle with the Dawn Wall.

Verhoeven refined his beta on the Dihedral Wall’s crux pitches over the weeks before his first, full free attempt, which was unsuccessful. “Dihedral Wall Push 1: Failure!!” wrote Verhoeven on Instagram afterwards. “Like I half expected, the 5.14 pitch knocked me down, and threw me out at the very last sequence,” he continued. “Skin took a beating, so I decided to work on the higher pitches and then go down, shave my hair in shame.”

After the first push, Verhoeven rested for a second attempt, and supported Saurwein on her own objective, Final Frontier, a nine- to ten-pitch route on Fifi Buttress with a 5.13b crux. After sussing out the moves for several days, Saurwein sent it on her first redpoint attempt. Final Frontier “took all I have,” Saurwein wrote on Instagram, “although everything went smooth. I took no falls and got scared only once!” First freed in 2013 by James Lucas and Nik Berry, Final Frontier has become a popular proving ground for big-wall free climbers, most recently Nina Williams, who climbed the route in early October.

With Saurwein having put her project to rest, they returned to Verhoeven’s unfinished business. He planned for a five day push, his last attempt of the trip. “If this monster doesn’t go I’ll probably be back in december…,” he wrote.

In the end, he needed every bit of the five days, but he pulled it off: “Free Dihedral Wall!! After an exhausting five day push I managed to make the first repeat in 12 years,” he reported on Instagram.

Having freed both the Nose and Dihedral Wall, the hardest route left on El Cap for Verhoeven is none other than the Dawn Wall. To be determined if he’ll return for a stab at it in future seasons!