The Dutchman Jorg Verhoeven has free climbed the Nose (5.14a) on El Capitan. "Yeeeaaaaah! I freeclimbed the Nose!!!," posted Verhoeven on Facebook yesterday. "In three days time I managed to grab the 4th ascent of this iconic route." 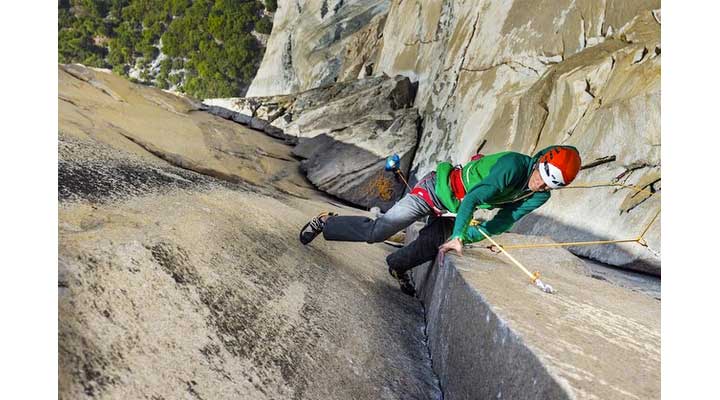 The Dutchman Jorg Verhoeven has free climbed the Nose (5.14a) on El Capitan.

“Yeeeaaaaah! I freeclimbed the Nose!!!,” posted Verhoeven on Facebook yesterday. “In three days time I managed to grab the 4th ascent of this iconic route.”

Verhoeven had been working on the 32-pitch big-wall free-route since early October. On October 13, Verhoeven announced on Facebook that he was close to sending the crux “Changing Corners” pitch.

“Changing Corners is the weirdest and crunchiest pitch I’ve ever tried, but I’m positive it’ll go in time!” he wrote. “El Cap is awesome.”

However, as the Valley cooled to optimal sending temps, the one thing stopping Verhoeven was finding a partner.

“I’m still working on the Nose, everything is looking good, except for finding a partner …” posted Verhoeven on October 29. “Everybody that’s in for a 4 to 5 day push starting next week and wants to have a private ledge with donuts in the morning.”

Verhoeven eventually found a “psyched” partner and headed up El Cap after a storm rolled through the Valley.

Yesterday, the Dutchman who has excelled at competition climbing, bouldering and sport climbing, topped out one of the world’s hardest big-wall free routes.

“I sent the Great Roof first burn on day #2 and Changing Corners after two falls the next morning,” he wrote. “So incredibly glad I pulled it through. A lot of respect to Lynn Hill for freeclimbing this route 20 years ago!”

The Nose was first free climbed by Lynn Hill in 1993. However, in an interview with Rock and Ice (What I’ve Learned August 2014), Hill explained that she “essentially had a top-rope” on the Changing Corners pitch in 1993 due to the way the free variation had been bolted. In 1994, Hill returned to the Valley and bested her previous style, climbing the Nose in a single day and re-climbing the crux Changing Corners pitch on lead.

Although Verhoeven’s ascent is now being considered the fourth, it’s worth mentioning that Scott Burke freed every pitch of the Nose in 1998. Burke put over 200 days of effort into the route, however, he top-roped the Great Roof pitch (considered around 5.13c) because the pitch was wet on his final attempt. He never returned to climb the pitch on lead.

In 2005, Tommy Caldwell and Beth Rodden both freed the route, taking turns leading every pitch over a four day push.