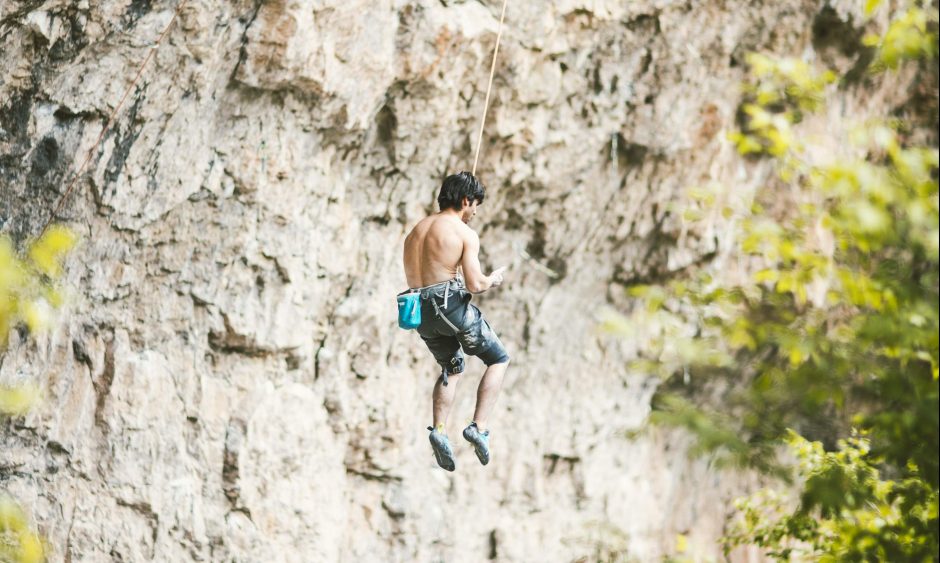 Jon Cardwell’s new route in Rifle, Z Nation, goes through the Wicked Cave, and doesn’t add any new climbing—it’s just a massive linkup—but nonetheless may represent a new benchmark in Rifle climbing. Cardwell wrote in an email to R&I, “It may have created the most difficult route in the cave, and likely all of Rifle.”

Cardwell explained the path of Z Nation to me. “The route starts on Zulu (5.14-),” he wrote, “climbing the first bouldery seven bolts to a good rest, from there you traverse left via an old Andy Rather link-up called Kuru (which connected The Crew (5.14c) into Zulu via a difficult boulder problem). This version reverses that boulder problem, which in my opinion is much more difficult, something like V10 or V11. From there, you’re in The Crew with no rest for couple bolts before connecting into Bad Girls Club (5.14d), you climb on that until the end – which includes the final crux boulder problem.”

Cardwell was aware of how kooky Z Nation looks on paper, writing, “It sounds kind of ridiculous, but in reality it actually follows a logical line out the cave.”

“My main reason for trying it at first,” he wrote, “was mostly because another project that I have, which is actually a really cool new and independent line that I bolted with Matty and Steve Hong in the Bauhaus, had a few wet holds, so I was looking for another challenge and with not much left in the canyon I envisioned this massive link. After a few days, it actually appeared that it would be pretty damn hard so that got me more motivated.’

The Boulder-based Cardwell has been smashing it on the scene for a number of years now, putting up new climbs around the world. He’s also logged multiple 5.14d ascents and recently several 5.15a’s. In addition, Cardwell has bouldered V15 and sent his first V14 at the ripe old age of 17 (then again, aren’t all the teenagers bouldering V14 these days?).

“As for the grade,” Cardwell wrote of his new route, “I’m not really sure to be honest. I think there’s a good chance it could be a hard 9a (5.14d), definitely the most pumped I’ve been in a good while. I couldn’t have been any closer to falling off in the last few moves.”

So there you have it, folks. Potentially the hardest route in all of Rifle. Strap on your painfully aggressive shoes and those sticky kneedpads and get to work! -Owen Clarke