Leading alpinist of his day, Roskelley has both a long record in the mountains and stewardship. 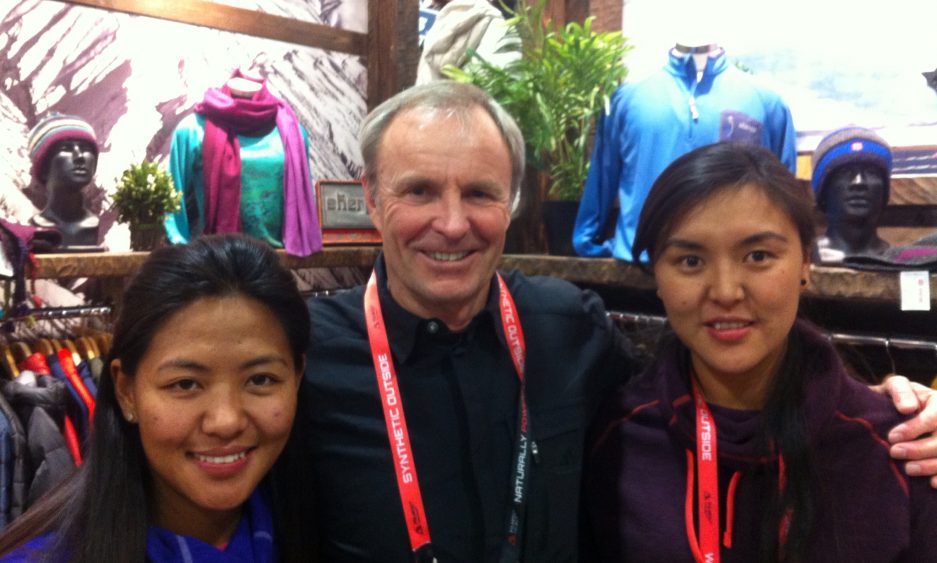 John Roskelley, leading American alpinist of his era, is running for Washington State’s 4th Legislative District senate seat. A Democrat, he is on the ballot in the primary election August 4. Roskelley faces the incumbent Mike Padden, a Republican, and a business owner, Ann Marie Danimus, an Independent.

Roskelley tells Rock and Ice that he has long been involved in commenting on bills, especially pertaining to water, land and chemical use, when the legislature is in session.

He started thinking about running for state Senate “after failing to move the Democrats and the Governor’s Office on several issues in 2019,” he says in an email. The timing seemed apt, after several Democrats were elected to the Spokane Valley Council. “[That] indicated to me that the constituency is starting to change from very conservative to moderate.”

Asked what he as a climber as well as citizen offers, Roskelley says: “I like to think my international travel and spending time in other cultures has given me a broader vision of where we need to be in the future. What I bring to the table is common sense, hard work, and a knowledge of what I think is best for our communities going forward in this time of crisis and climate change.”

Running on a platform of stewardship and a focus on clean water, Roskelley was elected Spokane County Commissioner in 1995, and served for nine years. He served on the Washington State Salmon Recovery Funding Board and the state Growth Management Hearings Board, and joined the Center for Environmental Law and Policy (CELP) in 2014.

He told CELP in 2015 that as a climber for 50—now 55—years, he has been involved in conservation since 1966, “when I wrote my first letter asking Congress to create the North Cascades National Park.”

An author and former mountain guide, Roskelley has a huge string of high-mountain successes that include an early ascent of K2 and a 2003 ascent of Everest with his son, Jess. He is also a serious trail runner and paddler. He has run 30- to 40-mile sections of the Pacific Crest Trail solo and paddled the Columbia River from source to mouth, an adventure that produced his book Paddling The Columbia (Mountaineers Books, 2014). His three other books are on the mountains: Nanda Devi, the Tragic Expedition (Mountaineers Books, 2000), Last Days (Stackpole Books, 1991) and Stories Off the Wall (Mountaineers, 1998).

Last year he and his family experienced and, in the most painful journey imaginable, Roskelley investigated, the tragic deaths of his son, Jess, David Lama and Hansjörg Auer on Howse Peak in Banff National Park.

John Roskelley’s multiple climbs include the third ascent of the northeast ridge of Dhaulagiri (with Louis Reichardt and Nawang Samden), in 1973; a new route up the north face of Peak 19 in Russia (with Jeff Lowe), 1974; in 1976, the first ascent of the northwest face of Nanda Devi (with Reichardt and Jim States), in an expedition forever marked by the death of Willi Unsoeld’s 22-year-old climber-teammate daughter, Nanda Devi, mountain namesake; the FA of Great Trango Tower (with Galen Rowell, Dennis Hennek, Kim Schmitz and Jim Morrissey), 1977; a new route and the third ascent of K2, in 1978 (with Reichardt, Jim Wickwire and Rick Ridgeway); FAs of Gaurishankar (with Sherpa Dorje) and Uli Biaho (with Schmitz, Ron Kauk and Bill Forrest), both in 1979; FA of Cholatse (with Rowell, Vern Clevenger and Bill O’Connor), 1982; and FA of the Northeast Face of Tawoche (Jeff Lowe), 1979. Roskelley’s signature climb was the very hard West Pillar of Makalu, 1980, on which he reached the top alone.

He was the first American to receive the Piolet d’or Award for Lifetime Achievement, in 2014; and he was given the 2016 American Alpine Club Mountaineering Excellence Award for the combination of his climbs and work in public service. In 2018 Roskelley received an Honorary Membership from the AAC.

Louis Reichardt, climbing partner of Roskelley and a neuroscientist and director of the Simons Foundation Autism Research Initiative, says in an email, “I have great admiration for John and hope he can win.”

Their friendship goes 47 years back, to Dhaulagiri. “He was determined and focused, but also cautious and prudent,” Reichardt continues. “John went on to have an almost unparalleled career as a mountaineer and author. I have special admiration for individuals who use the prominence that they have achieved in one area to advance the public good.  … John will help ensure that the wilderness areas of Washington remain wilderness and will work to save our planet from the catastrophe of global warming. The same tenacity and sound judgment that John exhibited in the mountains can now be applied advancing goals we all applaud.”

According to the Spokesman-Review, Roskelley “is passionate about the environment, land use issues and the Growth Management Act. He said keeping the state’s environment pristine will have long-term benefits in multiple ways, including to the state’s economy.”

Roskelley also said in the Spokesman-Review, “We have to leave this state better than we found it, and clean air, clean water and try to get more wildlife habitat.”

He tells RI he has three main issues:

The budget: “I’ve always been tight with taxpayers’ money, even as a county commissioner. Democrats in the legislature take on and achieve many environmental and social issues I champion, but … We need to get control of that now that the budget is in crisis.”

Seniors: “The legislature … fails to get bills passed that lower health care, create safe and secure assisted living and retirement facilities, mandate pay increases for care givers, and reduce property taxes on this group of people.”

Environmental protection: “Washington is known for its environment; clean air; clean water; fabulous state and national parks; pristine ocean shorelines; incredible rivers; immense forests; and prolific wildlife. … [I]t is Washington’s greatest asset and one that we can use to bring in tourism dollars to help pull us out of this budget crisis and get businesses back up and running.”

Roskelley, 71, and his wife, Joyce, live in Spokane, where they raised their three children: two daughters, Dawn and Jordan, as well as their son, Jess. Given the pandemic, John cannot campaign by ringing doorbells, but has a website builder working on a new site. As to running, win or not, he says, “It just feels good to be out there doing something.”

The Fine Line – by Jess Roskelley

We have opted to use affiliate links in our articles. Every time you buy something after clicking on links you’re helping support our magazine. 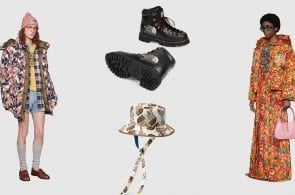 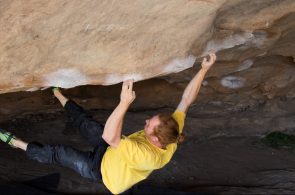 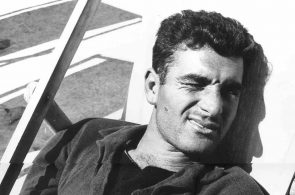