So what’s the grade on this ridiculously hard crack, Daniel???

When Daniel Jung made the second ascent of the The Recovery Drink, in Jossingford, Norway, last weekend, he became one of just a few people to climb a confirmed or speculated 5.14+ traditionally-protected crack climb. The only other individuals on that list are Beth Rodden (Meltdown, 5.14c?); Tom Randall (Pura Pura, 5.14c); and Nico Favresse, who made the first ascent of The Recovery Drink (5.14c?).

Jung, as did Favresse, has declined to assign a hard-and-fast grade to The Recovery Drink, but it seems pretty likely to tip the scale at 5.14c or d—if not harder. Rock and Ice caught up with Jung via Skype yesterday—read the interview below for more about his thoughts on the grade, the projecting process and even the individual moves!

And for reference, here is a list of the hardest cracks in the world: 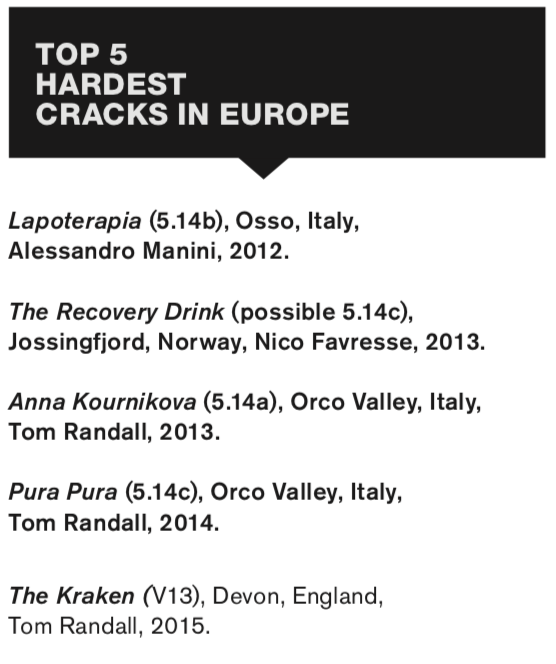 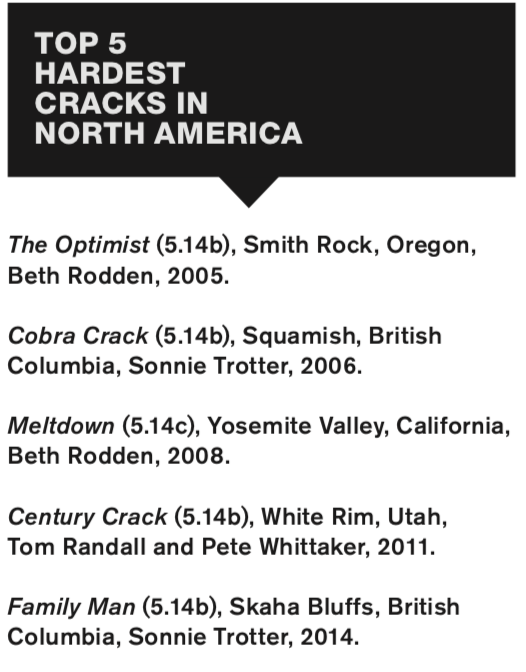 How long did you work on this thing for? What was it like when you first tried it?

First trip with Nico, we both tried The Recovery Drink together. I was really motivated, but there was one move I was unable to do. Nico did it a couple of times. It’s the move between the rest holds. I knew already I’d have to come back for that move.

Can you describe your experience and process working it over the years?

There was one move, I couldn’t get my finger in the crack when I had tape on. Could do it without tape a couple times, but then had to rest a couple days after because my finger was in bad shape, bloody. So I thought, ‘Ok, there are two options: to be very patient and just stay with the painful jams and take lots of rest days, or look for alternative beta.’

I knew there was alternative beta—the crux, basically you have two parallel cracks. Nico went right, but I found some different beta a little further left. It was very powerful. Decided to work this beta. By the end I just focused on the moves and trained them and they worked very well.

I remember when I came back last year, in 2017, with Siebe Vanhee, and we tried it together for about three weeks. I spent one-and-a-half weeks still working on that one sequence. And then in the last one-and-a-half weeks, I only did sending tries. And I was falling all the time basically, usually twice per day, on the last hard move—a deadpoint into this large handjam. Bigger than a hand but smaller than a fist. I was very close; each time I thought I’d do it the next day.

So what was your mentality and approach after getting so close in 2017?

I came back home and thought, ‘Now I will train power endurance.’ It’s between 25 and 30 moves straight on, the hard part. The first part of the route is 7b+ [5.12c] or something, and then you have a good rest, and then straightforward 25 to 30 moves depending on how you count the beta. It’s quite intense and gets harder and harder. The last move is the hardest, then four more moves and you’re at a good rest, and then 7c/7c+ [5.12d/5.13a] to the top.

This trip I didn’t have a partner for the first week, so I went solo and worked the route with a Grigri on a fixed line. I thought maybe I even might have a chance to climb it lead solo—bit crazy! I knew I was very close. Lucky thing was, I met another friend there named Eric by chance, and after two days  back on the route I already managed to reach the last hard move again and was falling there.

This trip I stayed for four-and-a-half weeks and again same story as last trip: always falling on that last hard move.

Usually after falling, I would go to the crux move and I could do it three times in a row very easily. But was never possible during the sending try. It turned into a big mental battle.

At the end of the trip I got very lucky when the weather got a bit colder. Had a couple days with close tries and waited for Sunday when the weather looked good and I was very optimistic. Did the hard handjam-deadpoint move—didn’t feel perfect, but I didn’t readjust like I normally do. Just decided I would go for it—and it worked!

Did you ever think you might just not be able to do it?

Not really. I would think, ‘Ok, not a problem to not send it this trip. I’ll just come back again.’ Always helped to lower the pressure.

There was one point when it got very hard because everyone who was watching me would say, “Wow, you’re so close, you’ll definitely  send it tomorrow.” That added expectation was tough.

It was a good challenge, though, because I’m usually very patient, but it was hard to be relaxed; I was so excited every day. But I never got down or despaired—just anxious.

Weather and conditions seem like a major problem with this route.

The weather can be super good when the wind comes from the sea, but then other days its’ a little bit humid and the rock feels very slippery.

Placing all the gear on lead, do you think that makes it considerably harder?

I only clipped the gear I placed—there are two or three wires stuck in the crack that aren’t in the way that I didn’t clip but are useful to lower down to the belay.

I think this question comes because of Nico, right? I think he left one nut in place. I used to have that same piece pre-placed on my first couple trips, too. But I realized I could place a good Camalot just above that nut. This was the part where my beta was different than Nico’s, and I had a better hold to place gear. In the end I thought, ‘I’ll just skip the whole thing because the next piece is just two meters higher.’

I understand why he had a piece or two pre-placed, though. When we tried it, we’d place something before the crux and it came out a few times, and that’s why at first I hesitated to skip the piece before. But after falling so many times on the crux and the piece always holding, I finally figured it would be fine.

What kind of protection did you use?

I only placed cams all the way up. Their are good nut placements as well, but they’re annoying to get out, so with the cams it’s easier.

I would say, for me, the gear is all good. The piece just below the crux is not super solid, it can come out. Came out once for me this trip, but usually it was ok. And the fall is still ok even if it comes out. This is a green C3.

You start on a ledge 10 or 12 meters up so already you have some air below you when you start. I was climbing the route with 10 pieces for a while, but later, when I kept falling on the crux, I left one cam on the ground. Only four pieces on the second half of the route.

Nico chose not to grade The Recovery Drink. You’ve climbed 5.15 sport. What grade do you think this thing is?

Really good question. I’ve wondered a lot about it.  So many times I’d reach the crux quite well, and would fall off on the coordination move, and then I’d be able to do it three times in a row, no problem.

This was a long time for me to try a route. I’ve done 9a’s [5.14d] way faster. Sport, of course. I’m not sure if the difficulty comes because it’s trad… maybe just a personal battle for me with this deadpoint jam. It’s hard to grade for me because it all comes down to this move. Really not my cup of tea.

So I’m not sure. If that was my kind of move, I could say it is definitely a really hard grade; but since it’s not, I don’t know…

Some people said 8c+ [5.14c]—not sure who—but I think it’ll be better when someone gives a grade for that person to have experience in other really hard cracks. I’ve only done a bunch oaf 8a+ and 8b cracks, so think I’m not the right person to give a grade on this route.

Tom Randall and Pete Whittaker are the right guys to grade it. They have a lot of experience. They know Cobra Crack  [5.14b]and Greenspit [8b+/5.14a] and other things. So I think they’re the right people to grade it.