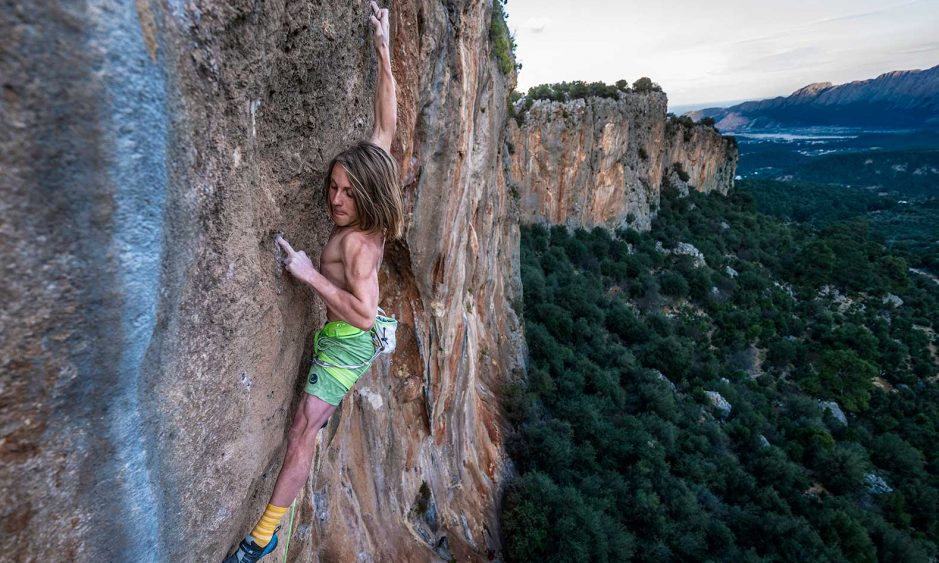 What makes Illya, now 15, so interesting is that he doesn’t just climb beyond his years; his approach to climbing—a philosophy, even—is as advanced as his skill.

Illya’s mother, who climbed as a teenager, introduced him to climbing when he was 7. She has remained Illya’s coach through the years, and when he’s not climbing the two windsurf together.

Illya likes outdoor climbing the most. For him, being surrounded by nature makes climbing pure. He sees competition climbing as a newly developed sport that doesn’t carry as much tradition as climbing outside.

“I prefer outdoor climbing, it’s not giving you any restrictions or limitations, you are free to use and explore the potential of a huge rock provided by Earth a couple of million years ago,” wrote Illya in an email to Rock and Ice.

Within nature, Illya’s creativity is unlocked.

“It’s like playing your own martial art, just like the creators did, not following anybody’s instructions and teachings. There you are the one and only creator of the personal, brand-new style, developed under the strict supervision of nature by the flow of your heart and spirit,” he wrote.

Illya also likes the exploration traveling for climbing brings, like meeting interesting people who share a love of adventure, and learning about other cultures.

His hardest project and proudest redpoint is Chromosome X in Switzerland. When Illya’s progress stalled, his mother provided much-needed guidance and motivation.

“In fact, it is the achievement which would be impossible for me alone, that could work out only with the huge help and work from my family,” wrote Illya.

Illya’s longer projects like Chromosome X suck him in and start to feel like a separate life with their own development, purpose, and prize. He sees large projects as a competition with himself and a training process at the same time, which together will make him stronger.

But smaller projects and onsighting still have their place—they just  serve a different purpose, in Illya’s philosophy on climbing.

“Onsights and small projs are more like an instant test that makes your brain work harder and faster, which makes it an ideal mental training,” wrote Illya.

Outside, Illya never really focused on bouldering. But now he “can’t wait to explore and self-develop in bouldering.” He also wants to climb and bolt new routes and experience more crags.

And in competition climbing, Illya wants to manage his stress better.

“As my climbing road started on real rocks, it was always the hardest for me to keep concentrated in that exact time of my turn, not having the opportunity to start climbing whenever I am ready or willing to,” he wrote.

If he needs a longer, more high-quality rest, Illya will go windsurfing for a couple of months.