Twenty years after climbers fought to save Camp 4, it will nearly double in size. 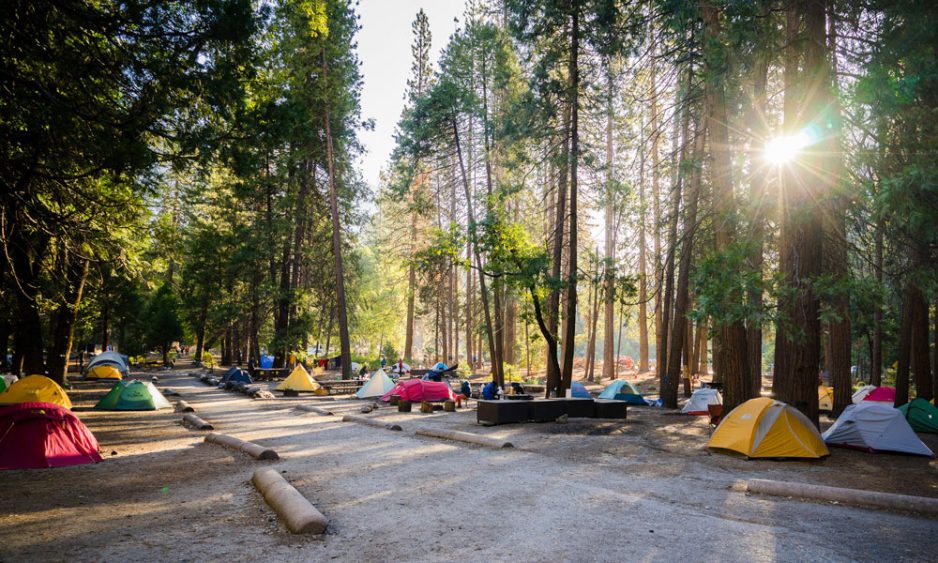 Bev Johnson, part of the first women’s ascent of El Capitan, lived in Camp 4 in the 1970s. So did the famed climbers John Long, John Yablonski and John Bachar. Earlier, Yvon Chouinard devised prototypes and sold equipment at Camp 4 for himself and friends like Royal Robbins to use on the big walls.

A mecca for climbers since the 1930s, Camp 4 served as a temporary—and sometimes probably permanent—home for climbers. As of the 1960s, Yosemite Valley was “the” place to be rock climbing, with Camp 4 its home base. The campground has seen many changes, and even been threatened by encroaching development, but today is slated to expand, in a $2 million project.

In 1997, after major flooding in the Valley floor led to new plans for changed development, the Park planned to build a series of employee dormitories abutting Camp 4. Tom Frost, Yosemite pioneer, filed a lawsuit against the National Park Service in an effort to save the campground and its history. He was joined in the lawsuit by the American Alpine Club, the Access Fund and other organizations.

In a 1998 application for Camp 4 to be listed in the National Historic Register, the attorney Dick Duane wrote, “It can be said without a scintilla of hyperbole that it is the aspiration of every serious rock climber in the world to come to the Yosemite Valley, to live in and absorb the history of Camp 4, to attempt these great routes, and if possible, to improve upon them.”

Camp 4 is also home to Midnight Lightning (V8), what National Geographic calls “the most famous boulder problem on Earth and a rite of passage for climbers.” It was first sent by Ron Kauk. The conspicuous boulder problem is identified by the lightning bolt first drawn in chalk by John Bachar, who worked the problem with Kauk and Yablonski.

Camp 4 was accepted to the National Historic Register, which now lists it. To the climbers’ relief, the Park spared Camp 4.

It’s been 20 years since the 1997 Merced River flood, and the Park now has a plan to expand Camp 4 by nearly double its size. Funded by the Recreational Fee Program, the expansion will include 25 new campsites, more parking spaces and a comfort station with showers, according to a Yosemite National Park press release.

Phil Powers, CEO of the American Alpine Club, says, “I’m really impressed that the Park not only adopted these improvements but has broken ground. The new bathhouse will be wonderful. This is a campground for everybody, not just climbers.”

The Park estimates that the six-person-capacity campsites will be added late this year or early spring, bringing the total number of campsites at Camp 4 from 32 to 57. The parking lot will hold up to 130 vehicles. Construction is expected to be finished in 2018.

John Middendorf, climber and inventor of climbing gear, an early cohort of Frost in the plan to protect Camp 4, welcomes the expansion, noting: “According to a longtime ranger in Yosemite, there were once 3,000 campsites in Yosemite Valley, and sleeping under the stars was the primary way visitors experienced the park. Now, there are fewer than 800 campsites (mostly RV sites) and over the years campgrounds have steadily dwindled as hotel lodging has increased to become the primary visitor experience.”

Since it’s existed, Camp 4 has been a walk-in campground with no reservations. “Retaining the walk-in status of the camp is vital to prevent the campgrounds from becoming overflow sites like some of the other campgrounds,” Middendorf says.

Middendorf hopes the park can add adequate sinks for cleaning dishes, saying,  “I don’t see the critical need for showers but then again, I was known for being quite a dirtbag.”

“I do hope they will be able to add a small pavilion to the project,” says Powers. “We have found that providing places for people to gather out of the sun or rain allows for the sharing of important information and storytelling.”