At 54, Bill Ramsey sent his latest project, Golden For A Moment (5.14b), in the Cathedral, a limestone crag at Welcome Springs, Utah. 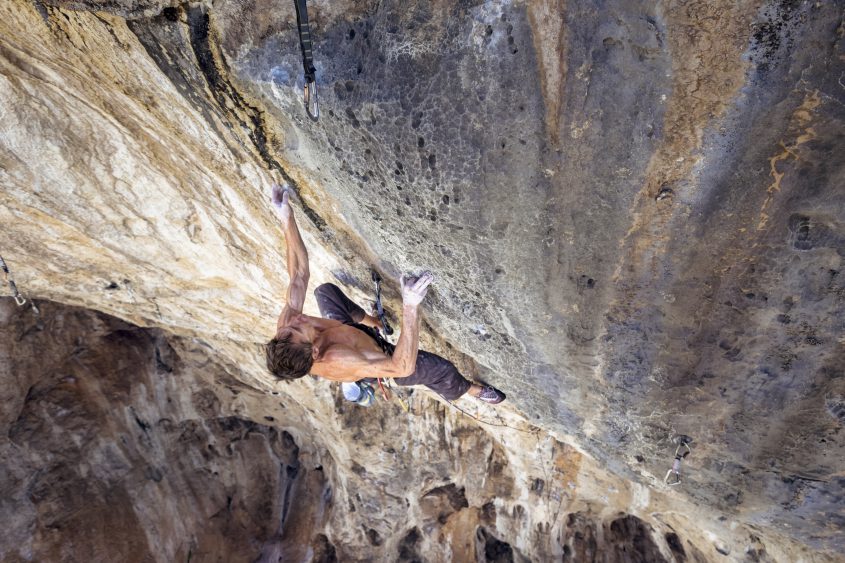 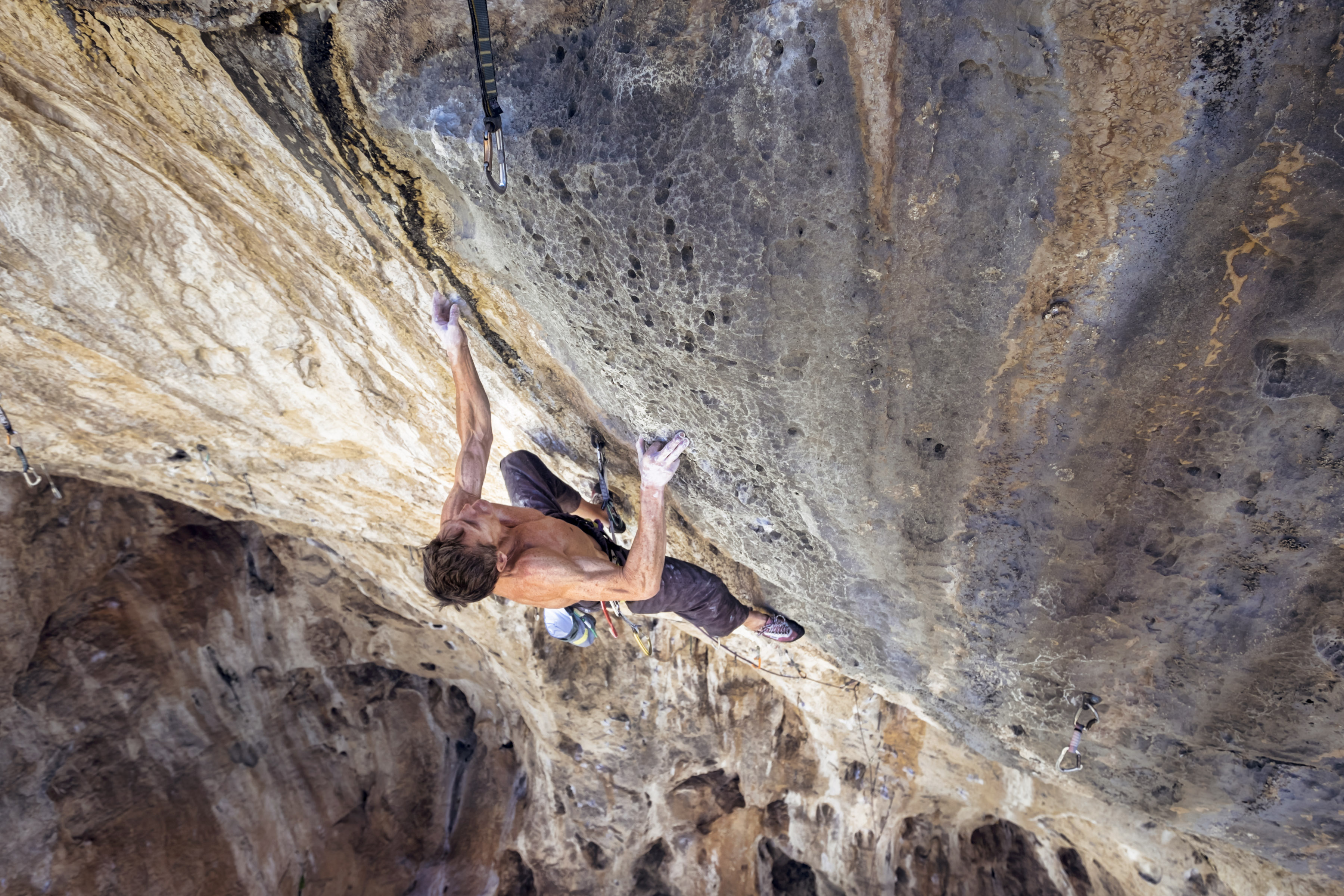 When Bill Ramsey stuck the final throw, he was so drained that he nearly blew it on the short section of easier climbing to the anchors.

At 54, the University of Nevada, Las Vegas, professor of philosophy sent his latest project: Golden For A Moment (5.14b) in the Cathedral, a limestone crag at Welcome Springs, Utah.

Ramsey told Rock and Ice, “As you can imagine, after working it for two years, and God knows how many attempts, I was very, very happy to finally send it.”

Golden For A Moment is a steep, 80-foot endurance climb on pocketed limestone up the center of the Cathedral cave. Continuous, powerful climbing leads to the crux, a large dyno, at the top. The route was bolted by Todd Perkins and first climbed by Chris Sharma in 2006.

“It was the hardest I’ve had to work on a climb,” Ramsey says, “because, let’s face it, at mid-50 this stuff isn’t getting any easier.”

Ramsey started projecting the line in late spring of 2013 and it became his main objective. His teaching schedule allowed him to get out two to three days a week to work the route. He completed the climb on Thursday, March 12.

“Failing repeatedly on a hard project is psychologically taxing,” says Ramsey. “I am so grateful for the amount of support I’ve received from the climbing community on this project.” In a Facebook post, Ramsey thanked 39 patient belayers who encouraged and supported him over the course of the endeavor.

“It really is a team effort. For me, after 40 years, this is what I still love about climbing.

“I genuinely feel lucky to have gotten into climbing so long ago, and there isn’t much that has enriched my life more. Now I am going to enjoy some easier climbing and do a little fly fishing.”