It’s been a tough season for big climbs and enchainments down in Patagonia, but Buhl still managed to sneak in an impressive first. 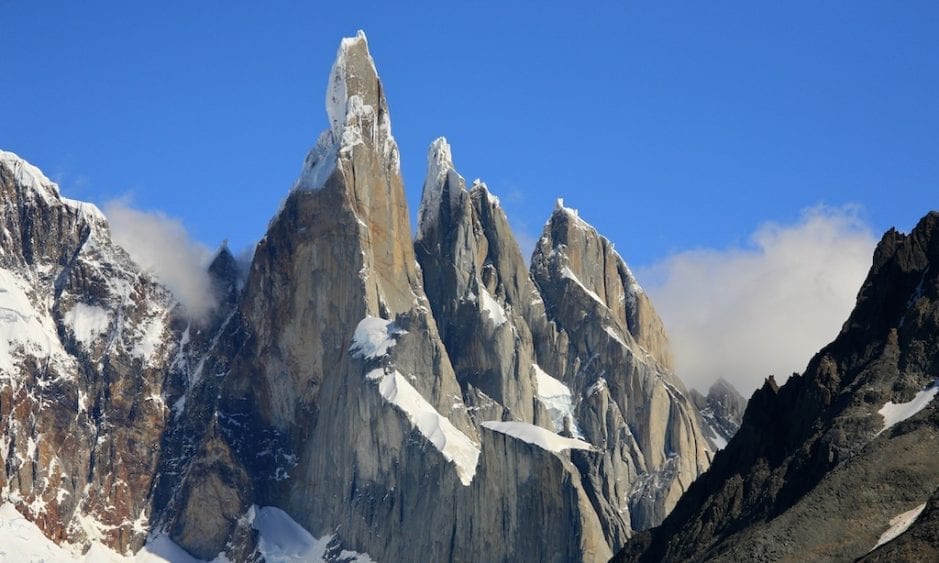 Imagine if you could climb to the tippy top of the sharp tooth that is Cerro Torre, and then be back on flat ground in a matter of minutes? Seems too good to be true for most of us with Patagonia dreams. But that’s exactly how it was for Fabian Buhl.

After summiting Cerro Torre at the end of last week, the German climber, 29, rigged up the paraglider he had toted up to the summit and was back down on the Torre Glacier 17 minutes later. He is the first person to paraglide from the summit after climbing to the top. Asked what appeals to him about the climbing-gliding combination, he told Rock and Ice, “You are midday in Chalten instead of rappelling and walking for 1.5 days!”

People have paraglided from the summit, but with some help getting there. In an Instagram post  announcing Buhl’s achievement, Patagonia Vertical—an account run by guidebook author and Patagonia climber extraordinaire Rolando Garibotti—  reports that at least two parties have previously paraglided from the summit after being dropped there by helicopters: brothers Michael and Matthias Pinn in 1988, and Roman Tschurtschenthaler in 1991. The Pinn brothers had hoped to accomplish what Buhl did last week, but their plans didn’t pan out.

Before he was airborne, Buhl had to get up the mountain. “We climbed in a team of six people, so two teams of three,” Buhl said. His five teammates were Christopher Ogier, JB Tapie, Mathieu Perrussel, Raphaela Haug and Laura Tiefenthaler.

The team was the first to climb the Ragni this season. “It was very special to be the first party in the surreal environment of the Ragni! The snow is so so cool and unique,” Buhl said.

After bivying just below the summit, Buhl got up early in the morning—when he knew the winds would be lowest—and deemed conditions right for an attempt.

Despite some tangled lines during take-off, he was soon flying and soaring among the Patagonian spires. “It was a super smooth flight,” Buhl said.

One of the most impressive bits about Buhl’s flight? He has been paragliding for barely over a year. “This fall I flew quite a lot,” he said, “but I am far from being a good pilot.”

Asked if he might take paragliding to the technical climbs in the Karakoram, where most recently he made the first ascent of The Big Easy, on the 6,166-meter Choktoi Ri, with Alexander Huber, Buhl said, “For cutting edge alpinism the weight [of the paraglider] is still too big, and you never know if you can start or not. So I see more possibility on moderate climbs where it is a lot of fun and the weight is not as crucial! But I take the glider everywhere, it is always in my hand-luggage. You never know!”

Two Climbers Paraglide From The Summit Of Aconcagua