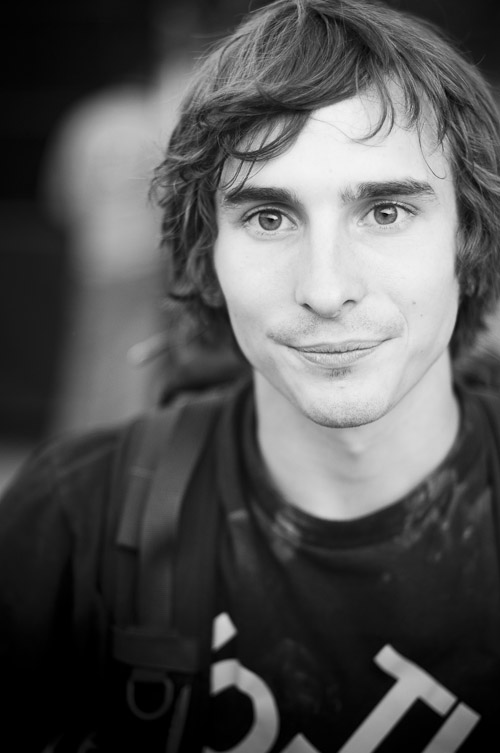 Last week Daniel Woods told Rock and Ice that he was trying Witness the Fitness in the Ozark Mountains of Arkansas. “It has broken numerous times since Sharma has done it,” wrote Woods in an e-mail to Rock and Ice. “It is totally different now. Bigger moves, worse holds, and possible!”Possible is right. After just three days of work, Woods linked the 40-foot, horizontal roof to complete the third ascent of Witness the Fitness (V15).

Established by Chris Sharma in 2005, and featured in the film “Dosage Vol. III,” Witness the Fitness instantly became one of America’s hardest and most iconic boulder problems. Although Sharma proposed no grade for the line, Witness the Fitness was considered his hardest to date, which would have landed the problem in the V15 range.

Witness the Fitness remained unrepeated for a year until in 2006, the Swiss powerhouse Fred Nicole traveled to the Ozarks and visited the Witness Cave solely to project Sharma’s mega-line. Unfortunately, Nicole broke a few holds on the roof’s soft sandstone while trying the problem, but still managed to repeat the line, claiming it was the hardest problem of that style he had ever done.

However, Witness the Fitness reportedly broke again, and some wondered if the problem was even possible. But Woods, along with Paul Robinson, and Jimmy Webb, had grown so curious that this winter they journeyed to Arkansas to check it out for themselves. Surprisingly, they unlocked the crux on the first day. It seemed like it was only a matter of time before one would nab the third ascent.

“All three of us are quite close and heading out there tomorrow in hopes of sending,” wrote Robinson in an e-mail to Rock and Ice last Friday.

Robinson’s predictions were correct. The third ascent of the newly resurrected Witness the Fitness fell to Daniel Woods who, according to Big Up Productions, says it is “solid V15.”