A growing list of events in the climbing world have been disrupted due to concern over SARS-CoV-2, or coronavirus. 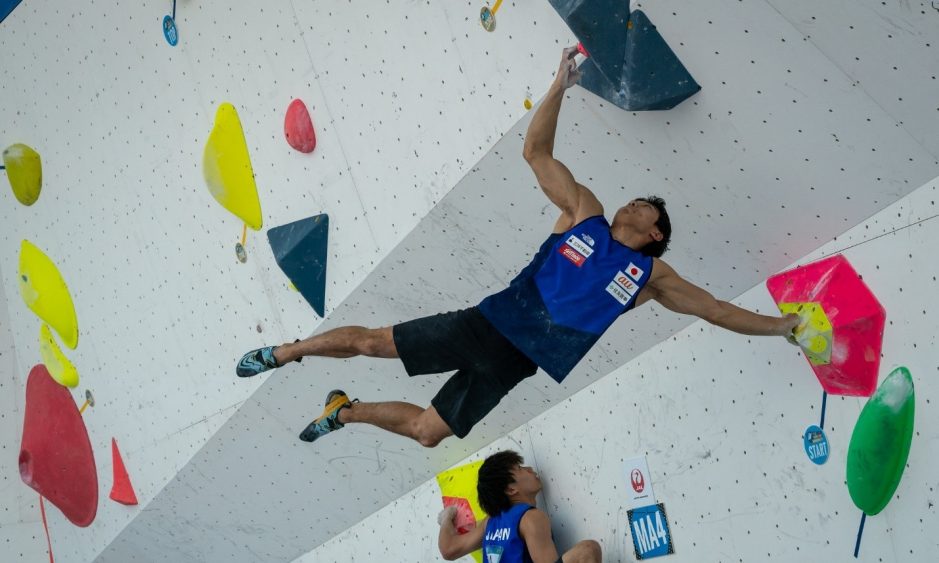 Aomi Urban Sports Park, Tokyo. The Olympic Sport Climbing test event happened as planned but for one detail. It went on without its athletes. On March 6 to 7, Olympic employees served as stand-ins for the climbers who were originally invited. This is just one of the examples in which the Wuhan Coronavirus has disrupted climbing events this year.

Although Dr. Richard Budgett, Medical Director for the International Olympic Committee (IOC) states on their website, “The risk to personal health is extremely small,” and the organization intends for the Olympics to continue, the IOC has changed some events due to the global coronavirus epidemic. The IOC postponed the 2020 Japan Para Wheelchair Rugby Championships, the test event for the Paralympic Games, as well as altering the Sport Climbing test run. The Hellenic Olympic Committee issued a statement on their website saying, “Accreditation cards for guests will not be issued for the Lighting ceremony of the Olympic Flame Tokyo 2020,” meaning that the ceremony take place without an audience.

A growing list of events in the climbing world have been disrupted due to concern over SARS-CoV-2, or coronavirus. The International Federation of Sport Climbing (IFSC), the governing body for international climbing competitions, has announced that the Asian Continental Championships will be postponed, and that the IFSC has suspended two events in China next month. According to the IFSC President Marco Scolaris on the IFSC website, “The two Sport Climbing world cups planned this April in Chongqing and Wujiang, China, are to be rescheduled.” New dates and locations are yet to be announced.

On Monday, the American Alpine Club (AAC) moved its annual dinner fundraiser from an in-person event, usually drawing hundreds, to an online livestream. In an email and posted notice, the AAC wrote, “We feel strongly that this is the responsible decision to protect the folks in our community who may be most vulnerable to the COVID-19 virus.” This is the first time in which this event, the keystone fundraiser for the club, with speakers and an awards banquet, will been held virtually.

The 5Point Film Festival, a major adventure film fest out of Carbondale, Colorado, has rescheduled its flagship show from April 22-26 to October 14-18 in order to reduce risk. The organization has yet to announce any changes to their shows on the road, nor their summer retail show.

Various other upcoming events at present appear to be going ahead as planned. The IFSC will continue to hold competitions in other parts of the world, such as the Oceanic Continental Championship held on March 28 to 29. President of the IOC Thomas Bach says that they remain “fully committed to a successful Olympic Games in Tokyo starting July 24.”

The Access Club’s Inks Ranch Climbing Festival will be taking place as usual, according to current information on its website. This festival, set for March 27 to 29, is an event in which climbers are allowed onto a privately owned ranch, in order to explore its unclimbed granite. The owners of the ranch are allowing climbing for only this specific weekend. This is the first of what organizers plan to become a semi-annual gathering.

One of the largest expos in the climbing world, the Climbing Wall Association Summit, which often garners over 1,000 attendees from around the world, is continuing with plans to take place May 13-15. The organization stated on its website that it will continue to exercise caution, as “safety and security of our participants is the top priority of the Climbing Wall Association.”

The documentary film festival Mountainfilm also appears to be continuing as planned, both with its world tour, as well as the main festival out of Telluride, Colorado, Memorial Day weekend. In a newsletter regarding the issue, they stated, “While the current risk in Colorado remains low, we are closely monitoring health officials’ recommendations and carefully considering options with attendee safety as a top priority.”

Fear of COVID-19 has turned hosting events into a risk-management teeter totter. Hosts must gauge at what point the risk of illness or death overrides the hard work and money which goes into operating an event in the first place.