Cochamó Valley's Protection Up In The Air - Rock and Ice
News +

Cochamó Valley’s Protection Up In The Air 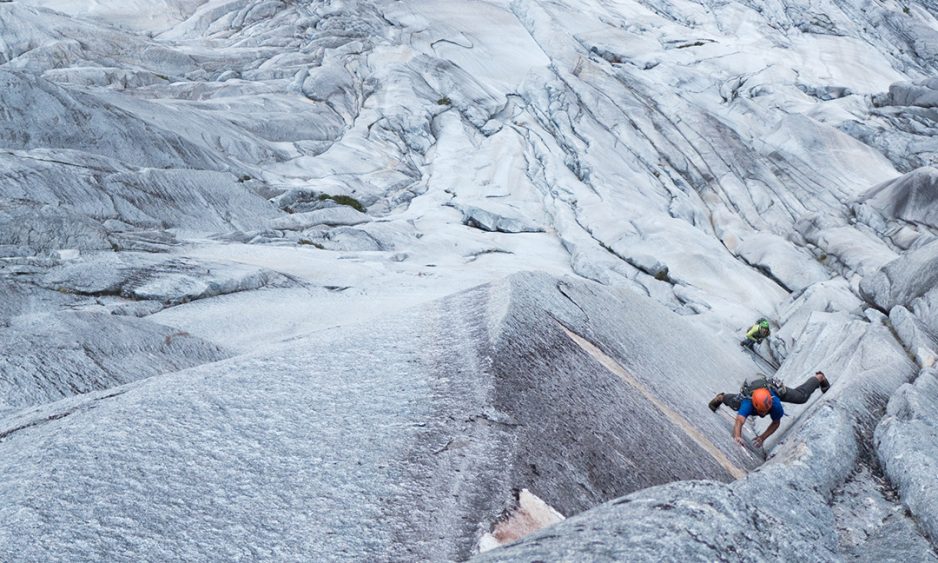 Cochamó Valley in Chilean Patagonia, not far from the city of Puerto Montt, is often compared to California’s Yosemite Valley. It features clear blue lakes, a mesmerizing river (the Rio Cochamó), sheer granite walls the size of El Capitan and Half Dome, stunning waterfalls and vistas, and enormous Alerce trees as old, and nearly as big, as Giant Sequoias.

And yet, unlike Yosemite, Cochamó is not a National Park. It is a complicated collection of private parcels, and CONAF (Chile’s National Forest Corporation) land, rights of way, and historic trails. The only thing protecting the entire 1,000 square mile area (Yosemite National Park is roughly 1,200 square miles, for comparison) is its designation as a Zone of Touristic Importance (ZOIT). But that designation is in peril.

The Cochamó Valley has had a special designation as a ZOIT since 2007. The ZOIT designation has been used by various communities within Chile to protect areas with special touristic significance (often large, pristine, swaths of wilderness) from large-scale industrial development. That said, the purpose of a ZOIT has changed in recent years under President Piñera (around 2016) to be more a tool for development of Tourism than a safeguard against environmental catastrophes. Still, it can still be used to protect environmental resources against extractive industries, and industrial tourism, if the local community is allowed to maintain a strong voice.

This year, Cochamó’s ZOIT designation was up for renewal. Most of the community (which, in the last 30 years, has seen growing dependence on tourism as a way of sustaining their families and local traditions) was in favor of renewing the ZOIT. But in August, after nothing but silence from the agency charged with administering the ZOIT—Chile’s Servicio Nacional de Turismo (Sernatur), Cochamó locals found out that the designation had been terminated and that under-the-cover-of-COVID, a brand new process for (eventually) securing such protections under different conditions had been initiated without any community involvement.

Local proponents of the ZOIT, have learned through transparency laws that Sernatur simply never presented a prerequisite application for renewal that was a product of eight years of dedicated community effort despite many previous assurances that they would do so as obliged by law.

Many in this Northern Patagonia community lack internet access, and claim that this change in status has left the area unprotected for the short term while a rural community struggles to fulfill the requirements that were already accomplished in full in years past. Furthermore, there is a generalized feeling that the decision was politically motivated, fueled in large part by the Santiagan business man, Roberto Hagemann. Sr. Hagemann has built an empire on land speculation and mineral extraction throughout Chile and is extremely well connected to Chilean government officials. His supposed ownership of a roughly 500 square mile tract of the Cochamó ZOIT, named Fundo Pucheguin, is in question for the manner with which he has gone about acquiring the land and titles of that now defunct Agricultural Foundation of the same name that dates back to the early 1900s.

Hagemann (who hails from Santiago) and locals of the Comuna Cochamó have butted heads over Pucheguin, and the ZOIT in the past. In 2018, the hydroelectric dam company Mediterraneo SA (in which Hagemann is a primary stakeholder) had its permission to build a mega-central on the next river south of Cochamó—the Rio Manso—annulled by the Chilean Supreme Court for failing its environmental impact study. Then, in 2019, Hagemann surreptitiously petitioned Sernatur to remove Pucheguin from the ZOIT without any comment or involvement from the local community. But locals found out, and their frustration resulted in a Change.org petition with close to 35,000 signatures to keep the land in the ZOIT.

Sernatur has not clarified what lands are included in the new ZOIT.  If Fundo Pucheguin—which contains areas of deep touristic value, as well as abundant endemic and endangered flora and fauna—is removed from the ZOIT, it will be at risk of fast-tracked industrial projects such as road construction (Hagemann and his associates have already been working on a massively destructive road project in the Rio Manso valley, where he had been intending to build a hydroelectric dam), timber operations, mining, and hydroelectric dam installations. According to Hagemann, his interest is only in developing the land for tourism. Of course, “tourism” is not inherently good or bad. It can either protect local cultures and ecosystems, or damage them.

Given the nature of Hagemann’s past involvement in the region, Cochamó locals have good reason to be suspicious of his motives, and the kind of tourism he has in mind. Many have rallied around the desire to keep the Cochamó Valley accessible only by trail, fearing that an access road would dramatically damage the ecology, as well as the local horse-packer culture that provides services for trekkers, climbers, and other tourists, carrying on a centuries-old way of life in the region that centers on horsemanship. Rescinding the ZOIT designation for Cochamó would invariably and irrevocably alter the local ecology, as well as the culture of this beautiful part of the world. As such, the local community—along with numerous regional, national and international supporters and NGOs—are calling for the original ZOIT to be reinstated in order to protect this very special place and community.

Ever wonder what Yosemite Valley would be like without traffic jams, shuttlebuses and hotels? Sign that petition and help us to let the Chilean government know that foreigners care that they protect their lands and local cultures.