Climbing During a Pandemic: From Paradise to Plague - Rock and Ice
News +

Climbing During a Pandemic: From Paradise to Plague

Casey Elliott recounts climbing in Geykbayiri, Turkey as other countries began implementing quarantines to contain the spread of the novel coronavirus, and what the experience taught him about our sport and its culture. 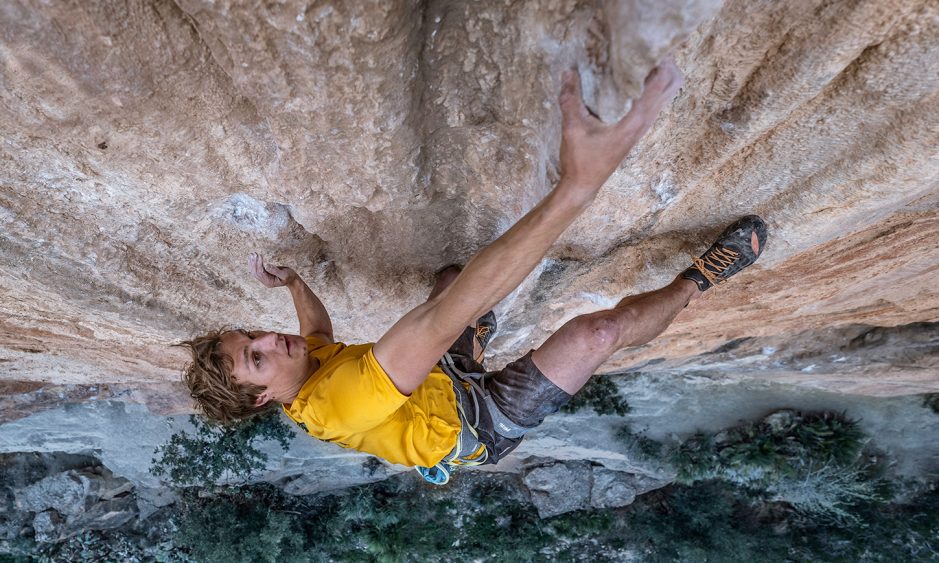 In Margalef, there is an incredible route that involves a dyno from a perfect wide pinch. In Yosemite, you can find points where cracks come close enough to jam a thumb in one, slide your fingers in the other, and squeeze. In Chulilla, there are tufas so long you will ache for a crimp after pinching with both hands for meters on end. I have been lucky enough to climb at all these world class zones this past year, pinching stone of every type; a year accompanied by lifelong memories of travel and culture, learning and teaching, crushing and being humbled.

On the last leg of this 2020 pre-COVID-19 around-the-world climbing journey, my partners and I found ourselves in Spain with a choice to make. The school quarter was ending, and as teacher-coaches for The Climbing Academy, we had to decide between retreating back to the U.S. or continuing on to Turkey for another three weeks. The Coronavirus pandemic was still in its infancy, but serious enough to warrant heavy precautions. We had already ferried 20 students through an international airport and sent them home, but we chose to risk it and hopped on a short flight across the Mediterranean.

Our destination was Geykbayiri, a lush valley sheltered between snowy peaks of limestone, near the large city of Antalya, replete with small charming open air markets and climbing hostels. The scene brought fresh thoughts of escaping to an untouched land and we started clipping bolts before unpacking our bags.

Only two days into our stay, my two American partners and I were woken at 4:00 am by frantic phone calls from friends and family. Apparently Trump had announced that by the end of the next day the United States’ borders would be closed. In an adrenaline-fueled panic we woke the owners of the hostel to pay, booked the only flight home which happened to be three hours later, and called a cab.

Stress like I haven’t felt before. Not the run-out-above-your-gear-no-fall-zone stress or even the storm-rolling-in-still-on-a-wall stress. A new kind of stress. As the cab arrived, our phones blew up again with the declaration that Trump would still let citizens in for a few more weeks. Thank god! After paying for a cab we didn’t use and apologizing profusely to the hostel owners, we went back to sleep with the idea of sorting things out tomorrow. For the moment, we embraced the still peaceful and seemingly unaffected valley.

A few days later one of our party of three headed home. He was uncomfortable with the idea of being in Turkey (unpredictable dictator and all) and didn’t think the climbing was worth it. My remaining friend and I made the self-entitled decision to stay longer and push the limits of getting home, as is our nature as climbers. Climbing is about flourishing in a space that is normally treacherous, and staying in Geyikbayiri felt like telling a dangerous world that we didn’t need to heed its advice.

The next two weeks were a novel dichotomy of paradise and plague. As climbing areas shut down all over the U.S., our small Turkish paradise remained a playground for clipping bolts. We woke up each morning to increasingly worrisome news about the virus, texts from concerned friends, and a volatile callout culture developing. We watched climbers all over the U.S. lash out at each other, but secretly go climbing anyway.

A friend called me and told me to  post to Instagram about staying home, then a few days later called me in excitement about sending project. It was okay for him because he knew how to do it correctly, but not for others? I was in the same shoes as everyone else: no idea where to draw a line in a field of grey. I was thousands of miles from the U.S. but could feel the toxicity of the scene. I didn’t want to go back. It would mean an ixnay on climbing, which was overlooked where we were. “The Turkish government doesn’t even know what climbing is,” the local Turks told us. Plus, I still hadn’t sent my project yet!

Nonetheless, I had an unshakable feeling that I was doing something wrong by continuing to climb. I shoved that thought deep down so I could focus on sending and being with the people around me, as well as explore the wildly new culture in Turkey. And I enjoyed myself: Sectioning those feelings off and focusing on the present was an effective tactic. The anxiety, however, was present in the pit of my stomach each step of the way.

I lay in my bed the night before I was supposed to fly to Istanbul. My anxiety swelled once I realized how alone I would be if things didn’t go my way. At this point my other partner had left, too. It was this blankness that forced me, for the first time, to analyze if staying to climb had been the right call.

I said my goodbyes and flew from Antalya to Istanbul. The Istanbul airport felt like a warzone. I wandered through the deserted terminal where guards with machine guns outnumbered travelers, and the majority of the latter were sleeping on the ground in makeshift homes of plastic bags and luggage. These unfortunate folk looked like they had been there for days, if not longer. The departure boards shone red, “CANCELLED” written beside every flight but mine. I prayed that my plane would actually get off the tarmac and that I wouldn’t become a semi-permanent resident of Istanbul. After several tense hours, I walked through a somber security check and onto an empty plane. I whispered “Thank god” when we finally lifted off.

After another brief customs check in San Francisco, I found myself in a vacant hallway, officially back on U.S. soil. I literally shouted for joy. It wasn’t until that moment I realized the full extent of the anxiety that I had been bottling up over the last two weeks. I sat down and called my parents to let them know I made it. I was ecstatic.

But I also felt powerless and remorseful, as though I got away with climbing a route that I had no business being on in the first place. I shuffled onto my final flight and waited for the last leg of my journey to end.

Back at home, I wasted no time in hopping on the bandwagon and building a homewall. My climbing partner from Turkey and I scraped together a wall in no time, but the holds wouldn’t be arriving for a week and a half. As I am sure every home-waller has experienced in the last few weeks, once the wall is up, nothing will stop you from screwing on whatever you happen to have handy. For us, the golden ticket was chopped up sections of untextured 2×4 that created wide, slick pinches.

I was blown away. Within minutes I was having more fun climbing pieces of wood on a 10-foot piece of wood in a dark garage than I had sending life-list sport climbs in Geyikbayiri. The intricate rock pinches I had been sampling all year suddenly paled in comparison to the sleek wooden grips. The raw feeling of pursuing my favorite endeavor in its simplest form with no external pressures or worries or Instagram callouts was a relief. Don’t get me wrong, I managed to enjoy myself while in Turkey, despite my selfishness—a skill that any good climbing vagabond has to perfect in order to convince themselves that their days have meaning. But this particular sensation was fucking enlightening. And even better, it felt like I was doing right by the world through being where I was.

Laying on the dusty floor in the poorly lit garage, I thought about why this feeling was so pure and real. I always contrast it from flow sports like kayaking or surfing, in that it’s intensely definite: The stone will always be there, the routes don’t really change; the only real variables are the people. To this end I was taught to always push the limits. You don’t see REEL ROCK films about people calling it quits after a few tries or deciding the weather is too dismal. I thought I was the only variable, so why not constantly max that variable out?

My stint in Turkey showed me otherwise. The feeling of selfishness in the face of COVID-19 pandemic had been eating me up the entire time I was there, in a different way than I am used to. The routes lost some of their allure and the sends didn’t end up meaning as much to me. The longer I climb the more I learn about letting things happen at the right time, for the right reasons, with the right people. Turkey showed me another part of the machine I didn’t know existed. Where climbing used to be an anarchy sport, it’s now grown to the point where it has global impact and the world’s ability to handle us will ebb and flow. I should have gone home earlier. The world was telling me to stop pushing it.

Living in a fantasy world can be a beautiful thing, but reality will always come crashing down on us. When it does, we must face it with integrity and humility.

Casey Elliott currently works as the Head Coach for the Climbing Academy. He spent the last year learning Spanish, driving large manual transmission vans on tight European streets, and helping to raise the next generation of crushers. While he thinks he is peaking in life, the students constantly remind him that he is actually just a high school gym teacher and bus driver. When not at the school, he lives in a van, which does not help the bus-driver image.