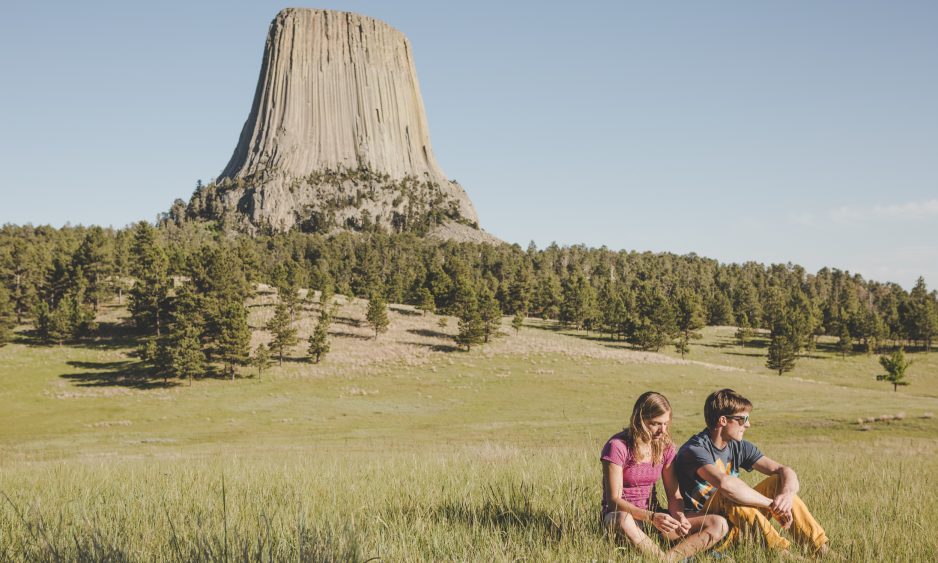 Devils Tower rises like something otherworldly from the high plains of Wyoming’s Black Hills. Beautiful and arresting, it has drawn people for thousands of years, from generations of indigenous plains peoples to modern tourists and climbers. Known as Bear Lodge by the Lakota people, Devils Tower figures prominently in the traditional stories and spirituality of a multitude of plains tribes, and it is also one of the finest crack climbing destinations in the country.

Although climbers share a much shorter history with Devils Tower than Native Americans, the first recorded technical ascent was in 1937. Since then, the popularity of climbing and the National Monument has boomed. In 2018 alone, the National Park Service reported nearly 500,000 visitors (including climbers).

In 1995, the National Park Service instituted a voluntary climbing closure of Devils Tower during the month of June, the most sacred month for native ceremonies. The closure was enacted to set aside time for tribes to conduct ceremonies without interruption from climbers. It was instituted after extensive collaboration with the tribes and the climbing community, and it reflects a compromise that balances the needs of both communities. The closure was purposefully designed to be voluntary, in part to allow climbers the opportunity to show their respect to the Native American tribes that hold the tower sacred.

While the closure has been impactful, resulting in an ~75% reduction in climber traffic in June, the fact remains that people are still climbing Devils Tower during the month-long closure. This small group of climbers continue to disrespect the wishes of over twenty plains tribes, as well as the majority of the climbing community that supports the closure.

Access Fund fully endorses this voluntary closure, and we encourage all climbers to respect it and take the time to understand why it’s important. The June ceremonies that the Plains tribes hold at Devils Tower, such as the Lakota Sun Dance, are among these tribes’ most important spiritual practices. According to the National Park Service, “The Sun Dance is a ceremony of fasting and sacrifice that leads to the renewal of the individual and the group as a whole. [It] takes away the pain of the universe or damage to Nature. The Sun Dance is ‘…the supreme rite of sacrifice for the society as a whole [and] a declaration of individual bravery and fortitude…’”

Practices like the Sun Dance are existential for those who engage in them. To wilfully ignore the importance of these practices by climbing on Devils Tower in June is selfish. Sacred spaces have special and elevated norms of conduct. No one would think it is acceptable to climb on or otherwise recreate within a church, mosque, synagogue, or other place of worship during services. The indigenous community views Devils Tower as a place of worship, and the climbing community should respect and honor their connection to the land and their traditional practices.

There are other outstanding crags—like Tensleep, Vedauwoo, and Spearfish Canyon—a short drive away, providing plenty of opportunities for high-quality summer climbing in the region.

NPS staff at Devils Tower have recently expressed the need to revise the nearly 25-year old Climbing Management Plan. If the number of climbers on Devils Tower doesn’t decrease, it is possible the NPS will consider stronger restrictions on climbing. Conversely, our history shows that when climbers respect tribes and work with them in good faith, everyone benefits. Access Fund’s ongoing partnership with the Bears Ears Intertribal Coalition is a testament to this.

We have a choice, and Access Fund is asking the climbing community to step up and make an intentional decision to refrain from climbing on Devils Tower during the month of June to show respect for Native tribes.

Also watch this short film “Frank and the Tower”

Access Fund will let you know when there is a credible threat to climbing access and we need to activate your voice.

This article originally appeared on accessfund.com.