The sixty-two-year-old Odette, who just climbed Eulogy (5.14a) in Maple Canyon, Utah, now has his sights set even higher. 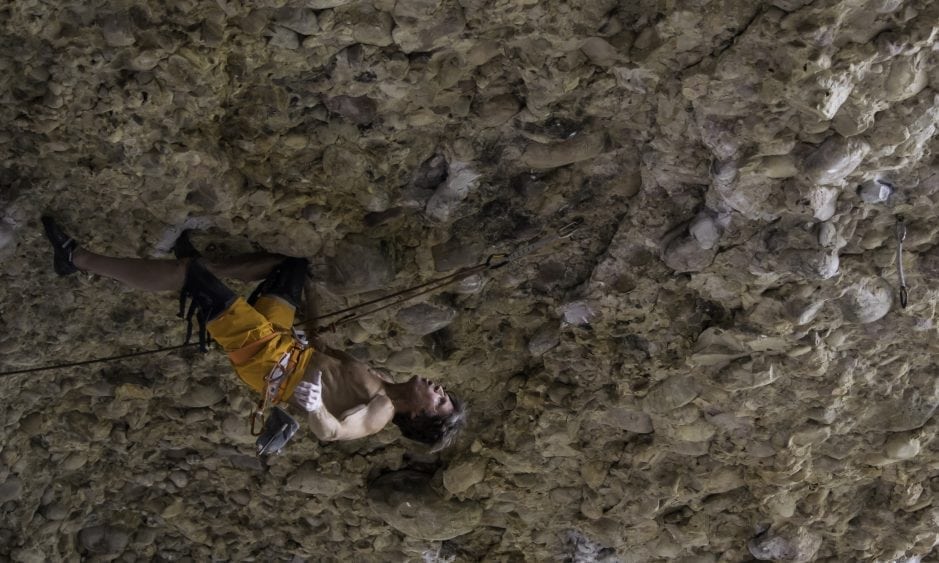 Yesterday, sixty-two year old climber Chuck Odette climbed Eulogy (5.14a) in Maple Canyon, Utah. Odette, one of the oldest climbers to claim the grade 5.14a, told Rock and Ice via email that he sent despite “warmer than I’d like conditions (upper 70’s for temps).” Eulogy begins on Millennium (5.14a), continues up and right, and finishes on the anchors of Divine Fury (5.14b).

A “hallelujah send,” Odette barely stuck the lower V7/8 crux of Millennium and continued onward to a higher V6 crux move, again just barely holding on, two-thirds up the Pipe Dream wall. Odette kept fighting until he managed ”the famous Pipe Dream inverted double knee-bar rest” where he fried his core but gave his upper body a much needed reprieve before the final moves. After a lengthy ten minute pause, Odette continued on and “somehow stuck the final dynamic crux… barely… two bolts from the top.” Using his adrenaline, Odette clipped the chains and lowered with a smile.

Odette added, “The Eulogy extension adds a lot of fun hard climbing but takes away the bouldery finishing moves of Millennium proper.” The route is a confirmed 5.14a. According to Odette, “It was originally 14a/b or 8b+/8c before a final downgrade and publishing of both recent Maple Canyon guidebooks. It’s had many ascents via strong climbers in support of the current grade. That means, there will be no downgrading just because the ‘Old Guy’ did it.”

With six weeks or so left in the climbing season, Odette has set his eyes on T-Rex (5.14b), also in Maple Canyon, which would be his hardest climb to date.

Over the Hill or Still Ascending? An Analysis of Climbing Performance and Age