Chip Chace, Author of "Fine Jade" and Many Major Climbs, Dies at 60 - Rock and Ice
News +

Chip Chace, Author of “Fine Jade” and Many Major Climbs, Dies at 60

Chace died in Boulder on November 3.

Chip Chace lived his whole life as an extended spiritual practice. “Somehow my climbing practice is not substantively different from my Chinese medical practice, from my meditation practice, from my marriage practice. They inform one another,” Chip said. He was a prolific climber, one of the best all-around of his generation. He came to Boulder at 17, already a 5.11 climber, and soon was climbing with Pat Ellinwood, Steve Levin and Roger Briggs. They would all climb together for forty years. Chip and Pat did the first ascent of Fine Jade and Chip had over 50 ascents of the Diamond with all of them. Chip could lead hard aid, 5.13 free climbing, and many of his climbs had an R rating for minimal protection.

He felt in the later years of his life that his solo climbs, when he was often out for many days at a time in the mountains, were the most important part of his spiritual practice, because it caused him to be fully aware the whole time. He was doing hard climbs all over the country by himself, and never really came back and told anybody, or certainly never wrote about any of it.

We went to Yosemite two years ago, and I helped him carry gear up to the base of the Regular Northwest Face of Half Dome for a rope solo. He started at 3:00 in the afternoon and climbed all through the night because he didn’t want to have to interact with other parties, finishing the next morning.

Recently he felt like he was getting older and he couldn’t climb as well as he had been. He could no longer onsight 5.13, but he could still climb alone in the mountains and he felt that was his place. He had always wanted to solo Mt. Asgard on Baffin Island. On Asgard there was a rockfall that cut his rope, so he came down and decided to tackle Mt. Freya. He was climbing that by himself, and was up in an icy gully when he fell thirty feet and broke his ribs. His comment was, “To the extent that there was a ‘me’ at all—which is a whole other thing, right?—I was completely comfortable.”

Chip was one of America’s foremost scholars and practitioners of classical Chinese medicine. With a small group of colleagues, he was involved in developing a new cutting-edge approach to Chinese medicine diagnostics and treatment. He had many deeply appreciative students and patients.

Chip met his wife Monika in 1987 and they were married soon after. They were very independent from one another, but they still were a tight team. They both loved being in the mountains and the desert and there was quite a long period when they climbed together, doing first ascents in Indian Creek up to 5.12. Monika is a remarkable healer herself, and the two of them had a combined medical practice that really fit together well. After 30 years they were still deeply in love.

Chip died Saturday, November 3, 2018, at the age of 60, in his meditation room at home in the mountains outside Boulder, after a short and intensive course with pancreatic cancer. He always held a deep sense of loyalty towards his close friends. He died surrounded by those friends and of course with Monika. The climbing community, the Chinese medicine community and the Zen community—we are all in grief for the loss of this amazing human being.

In the last weeks of his life, Chip Chace wrote several pieces focused on, among other topics, facing his own mortality and the joys of his life. To read them, visit https://stillwaterhealthboulder.com/charles-site/.

Tom Frost, Yosemite And International Icon For The Ages, Dies At 82

Jeff Lowe, Best Alpinist Of A Generation, Dies At 67 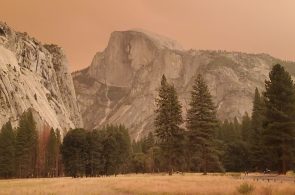 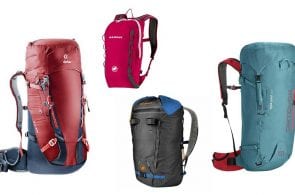