Catherine Destivelle was a cutting-edge sport climber and competition star in the 1980s, and went on to make her mark with bold solo ascents in the Alps and the Greater Ranges. She is the first woman to win the Piolet d’Or Lifetime Achievement Award. 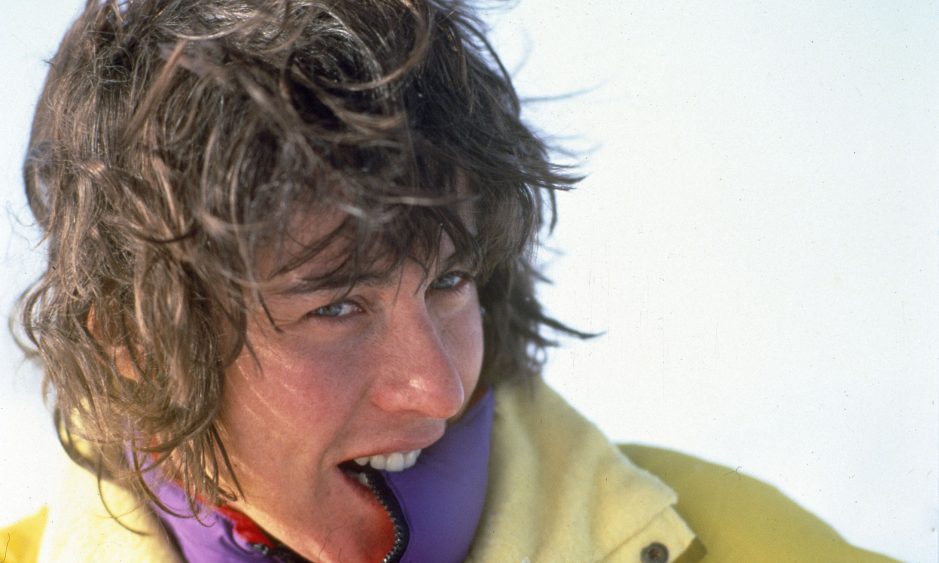 Catherine Destivelle after her winter solo ascent of the Eiger in 1992. Photo: R. Robert.

The Piolets d’Or committee has announced that Catherine Destivelle, the pioneering French climber of the 1980s and 1990s, will receive the Piolet d’Or Carrière—the Lifetime Achievement Award—at this year’s ceremony in Lądek-Zdrój, Poland.

Destivelle’s climbing career began in the 1970s in the Alps, but it was on the smaller crags and in the budding realm of bolted sport climbs that she made her name. In 1985, she became the first woman to climb an 8a (5.13b) when she redpointed Fleur de Rocaille, Mouriès, France. She raised the bar again in 1988 as the first woman to climb an 8a+ (5.13c), with Chouca, Buoux, France.

In this same period, Destivelle was one of first stars of competition climbing, routinely winning big competitions against other stars of the day, like Lynn Hill.

In addition to her achievements with a rope, Destivelle built a reputation as a talented free soloist, with memorable videos of her cordless ascents in Mali and Devils Tower becoming classics of the climbing-film genre

In a “What I’ve Learned” interview in Rock and Ice issue 262 (March 2020), Destivelle said, “When I’m free soloing, I feel O.K. I always have a big safety margin, I’m not struggling. You feel quite powerful and calm. If I ever felt afraid, I wouldn’t go. I don’t like to bet. That goes for everything. I don’t run after luck. With my publishing company, it’s exactly the same. I go step by step and build something.”

Alpinism is where Destivelle’s true passion lay. In the 1990s, she refocused her energy and efforts on big walls and technical faces, in the Alps and the Greater Ranges, leaving the competition stage behind for good.

Of the Eiger climb, Destivelle told Rock and Ice, “When I soloed the North Face of the Eiger in one day in 1992, my goal was to do it without knowing the route, onsight. I didn’t want people to say it was the first female ascent, I wanted to be the first person to climb the Eiger onsight and solo in winter (though I don’t know for sure that I was!).”

In the Greater Ranges and beyond, Destivelle climbed mountains such as Trango Tower, Pakistan, with Jeff Lowe; Shishapangma, via the Southwest Face (no summit) with Eric Decamp; the west pillar of Makalu; and did the first ascent of Peak 4111, in Antarctica’s Ellsworth Moutains, also with Eric Decamp.

On the latter ascent, Destivelle suffered the worst injury of her career in a 20-meter fall at the summit. “I was taking photos and I lost my balance,” she told Rock and Ice last year. “A stupid accident. I landed with an open fracture. We were only two. At first I thought, I’m going to die. We were more than 4,000 meters high, far away from everyone, no rescue possible. But then we started to go down slowly. It took 16 hours.

In a second career, Destivelle has continued to put her carefully honed mountain acumen to good use, publishing children’s books about climbing.

“A guy called me and told me I should do a book with him. … I thought it would be nice to share my knowledge. So I built up my publishing company. Now I have 58 books. A lot of them are translations. … I’m also publishing books for kids, because there’s nothing out there for kids. One of them is called L’escalade, Tu Connais?” Destivelle said.

And just because she’s not not soloing the Eiger North Face or doing first ascents in Antartica, doesn’t mean Destivelle doesn’t love the rocks as much as ever.