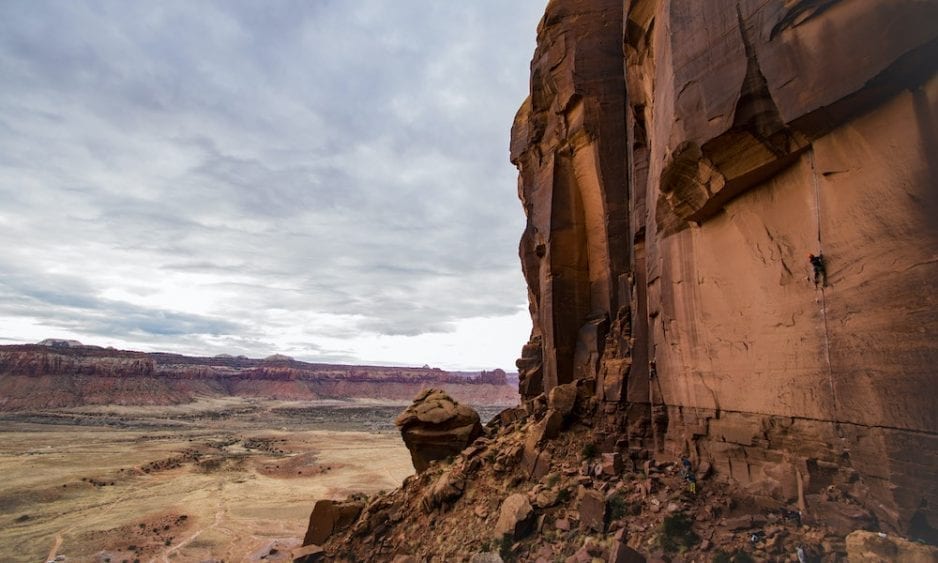 The Bureau of Land Management (BLM) just issued a Record of Decision, finalizing its highly flawed Monument Management Plan for Bears Ears. The management plan only covers 15% of the original Bears Ears National Monument landscape, and it fails the climbing community, the environment, and Native American Tribes.

The BLM rushed the development of this plan in an attempt to cement President Trump’s unlawful 2017 executive order to reduce the monument by 85%. Access Fund is engaged in an ongoing lawsuit, arguing that it was illegal for President Trump to reduce the national monument. Access Fund believes this issue should be settled in court before BLM wasted taxpayer dollars on an incomplete management plan. Nonetheless, Access Fund engaged in the BLM’s premature planning process to protect climbing and ensure the situation did not go from bad to worse.

The newly finalized monument management plan postpones the development of a recreation management strategy for another five years. This delay is a recipe for disaster, as it fails to protect cultural resources and traditional values, putting them in the path of irreparable damage.

“This management plan ignores 85% of Bears Ears National Monument. For the rest, BLM has kicked the can down the road and put off critical resource management decisions that are needed now to protect the values that led to the monument designation in the first place,” says Chris Winter Executive Director at Access Fund.

Bears Ears National Monument attracts tens of thousands of visitors each year from across the globe to enjoy its world-class rock climbing, hiking, mountain biking, and motorized recreation. These recreation opportunities must be preserved, however they must also be carefully managed so they don’t impact other national monument values.

Despite the BLM’s harmful top-down directive, Access Fund remains optimistic that local land managers at the BLM’s Monticello Field Office will do everything they can to protect the valuable resources at Bears Ears. Access Fund is currently analyzing its next move and will keep the community informed.