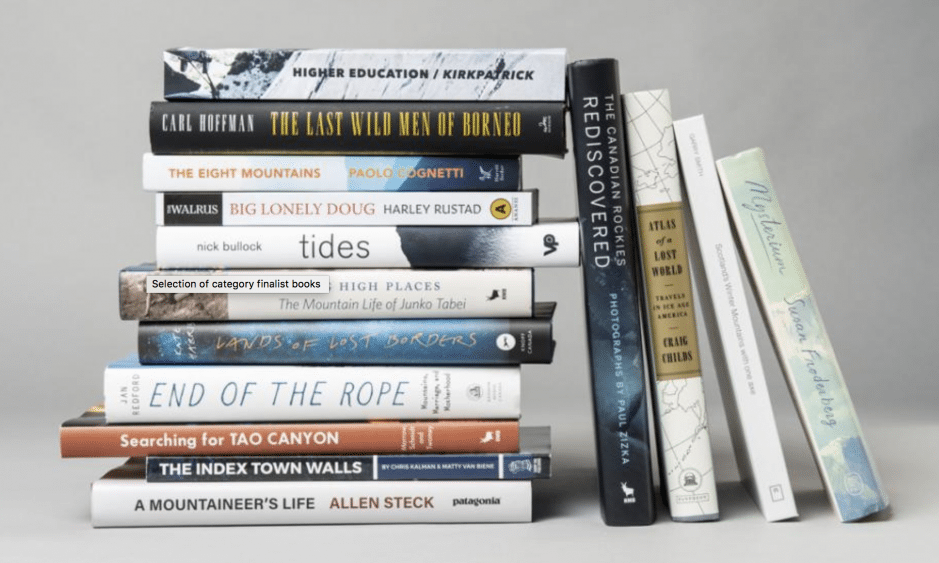 It’s awards season! Hot on the heels of the recently released shortlist for the 2018 Boardman-Tasker Prize for Mountain Literature comes the longlist of finalists for the 2018 Banff Mountain Competition.

A total of 27 works were nominated across eight unique categories that encompass nonfiction, fiction and poetry, and media from books to articles to photographs. In each category, one winner—to be announced in October—will take home a cash-prize of $2,000. Each of these winners will then be eligible for the Grand Prize of $4,000, which is sponsored by Alpine Club of Canada, and will be announced on November 1.

Among this year’s finalists is Ed Douglas, for his article “The Other Annapurna,” which appeared in Rock and Ice issue 251 (July 2018). In the piece, Douglas recounts Yannick Graziani and Stephane Benoist’s ascent of the South Face of Annapurna, via a route that Ueli Steck had established solo just weeks before, and for which the late Swiss alpinist earned a Piolet d’Or. Douglas investigates why the pair’s climb—which turned into an epic fight for their lives—was largely overshadowed and the ways in which it went on to shape their lives. Douglas also probes the controversy that resulted from Steck’s seemingly unverifiable solo ascent, and evinces the opinions of Graziani and Benoist: Do they believe Steck did what he claimed to have done, based on their own harrowing, lengthy ordeal on a route that he supposedly did in a single day?

The finalists were selected by volunteer readers. Winners will be chosen by a three-person jury comprised of Paula Wright, associate editor at Alpinist; Ian Welsted, a guide and a Piolet d’Or winner; and Larry Stanier, also a guide. The full list of category finalists follows below. Finalists within each category are listed alphabetically.

Atlas of a Lost World

The Last Wild Men of Borneo

As Above, So Below

Deer at Twilight: Poems from the North Cascades

$2000 – Sponsored by the Whyte Museum of the Canadian Rockies

End of the Rope: Mountains, Marriage and Motherhood

Big Lonely Doug: The Story of One of Canada’s Last Great Trees

The Wolf: A True Story of Survival and Obsession in the West

$2000 – Sponsored by the Association of Canadian Mountain Guides

The Index Town Walls: A Guide to Washington’s Finest Crag

Scotland’s Winter Mountains with one axe

The Force of the Soul