Arlene Blum was raised in a somber household traumatized by the Holocaust, one in which she wasn’t allowed to cross the street alone and was discouraged from learning to swim. She grew up to lead the first American and first women’s expedition to climb Annapurna. The tale of the 1978 expedition, both tragic and triumphant, appears in the classic book and film Annapurna: A Woman’s Place. Irene Miller, Vera Komarkova, Mingma Tsering Sherpa and Chewang Ringjin Sherpa reached the summit. The second team, comprised of Vera Watson and Alison Chadwick-Onyszkiewicz, disappeared.

Blum has lived a life of enormous highs, lows and achievement. Now comes another highlight: what she calls the “amazing news” that Governor Jerry Brown will induct her into the California Hall of Fame, “Honoring Californians Who Change the World.”

Blum is also a biophysical chemist, author, executive director of the Green Science Policy Institute, and a research associate in chemistry at UC Berkeley. 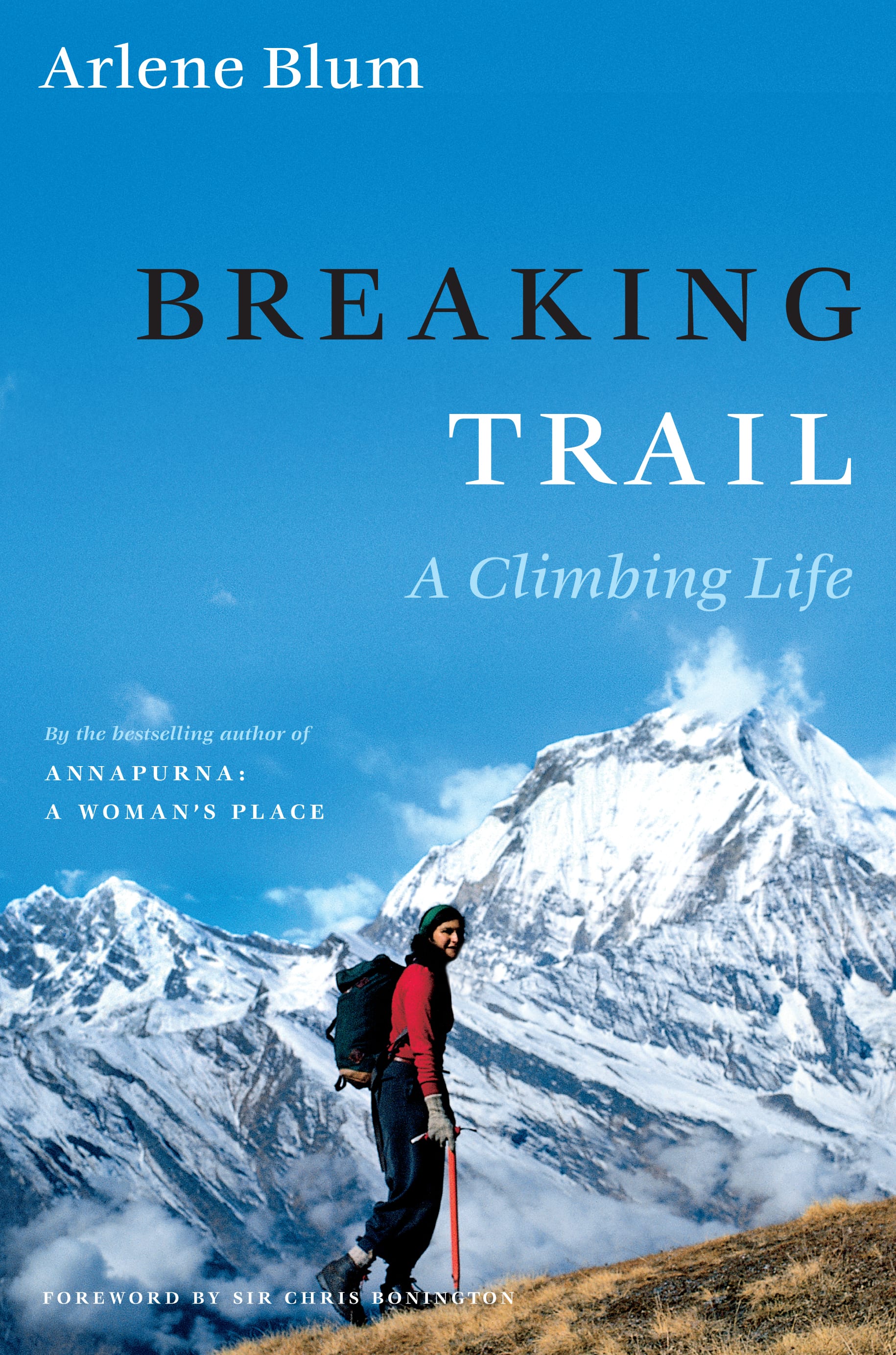 In 2005 she published the excellent memoir Breaking Trail: A Climbing Life. Among the milestones in her life are facilitating a rescue from near the top of Denali; that her first love, John Henry Hall, died in an avalanche on Mount Saint Elias in the Yukon; and that Blum was accepted to PhD programs at Harvard, MIT, Berkeley and Caltech.

She wrote in the memoir how upon a visit to Harvard, she was told by the mountaineering club president, “We can’t have women members.”

She ended the conversation, she wrote, by saying, “Then I’ll go to MIT. I can join their outing club.”

In the 1970s Blum’s research helped identify chlorinated tris, used as a flame retardant in children’s pajamas, as carcinogenic, resulting in a ban. According to its website, she founded the Green Science Policy Institute  in 2008 “after she learned that the same chlorinated tris that her research had helped remove from children’s pajamas in the 1970s was back in furniture and baby products.” In 2015 standards were changed so that flame retardants, found in many household products such as couch stuffing, were no longer used.

The California Museum in Sacramento will exhibit her mountaineering gear and samples of her science and policy work for the next year, she writes in an email: “This will include a mannequin wearing my heavy clothing from my 1970s expeditions to Denali and Annapurna and the story of my work with the Green Science Policy Institute to reduce six classes of toxics for a healthier world.”

When the year is up at that museum, she will send her gear and clothing from the 1970s to the American Alpine Club museum in Golden, Colorado, upon request. She emails, “The librarian wrote me, ‘The museum could certainly use more exhibits related to women. … We would love to provide a home to some of your clothing and gear.'”

The California ceremony will show live here on Tuesday, December 4 from 7:00 to 8:00 p.m. Pacific.