Angy Eiter is Not Slowing Down - Rock and Ice
News +

Angy Eiter is Not Slowing Down 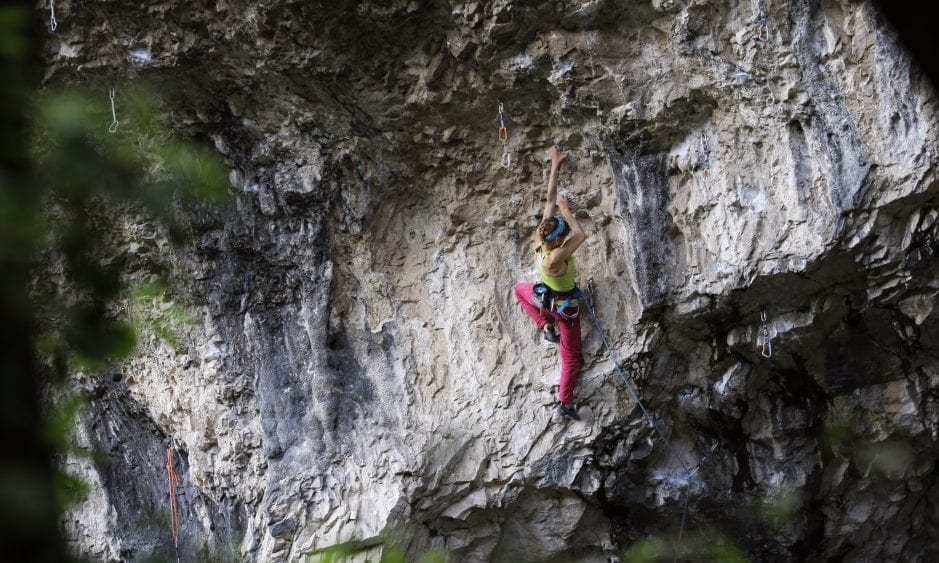 At age 31, Angy Eiter became the first woman to climb 5.15b with her send of La Planta de Shiva. It’s been two years since her historic climb and the grade has yet to be repeated by any other female climber. Eiter, however, hasn’t slowed down. This past June, she sent Pure Dreaming, a 9a (5.14d) at Massone, Arco, Italy.

Before her outdoor dominance, Eiter had already made her name as one of the most successful competition climbers in history. She claimed four World Championship titles and won over 25 World Cups. After a shoulder injury, Eiter retired from the comp scene to pursue her outdoor goals. Eiter currently balances her training with her personal life and job as a climbing instructor for K3-Climbing.

Rock and Ice caught up with Eiter to learn more about her recipe for success.

What made you want to try Pure Dreaming?

Actually, I came to the route spontaneously. My husband and I took a short break from work and moved to Arco. In Massone I realized that there was a new route added.

The route is quite resistant and goes through a big roof which ends with two big moves at the edge of the roof.

For you, what was the biggest challenge in getting it done?

The sequence with the big moves were definitely the hardest part for me. At first it felt impossible for me (size 5ft) but then I had a good beta that worked.

How do you train for routes like Pure Dreaming?

I didn’t specially prepare for this route. Actually, I haven’t followed any exact training regime this year, except during the winter season. For about six weeks I did four strength exercises (push ups, pull ups and rings) two times a week and included two times a bouldering session.

Usually most days are different, either I am working in my company K3-Climbing, doing my job as a pro or I am training. Every day is a mix of climbing, working, eating or relaxing.

I love to spend time with my family, the kids from my sister or my friends.

Going for a drink with my belayer.

What do you think has been the secret to your success?

I guess it is the fact that I do what I like most. This goes for my job and for climbing.

What tip would you give to aspiring climbers?

Do what you are most passionate about.

Thirty Pitches for Her 30th