Two years after making history as the first woman to snag a first ascent of a 5.15a—and the second woman to climb the grade—the 23-year-old has climbed Joe Mama (9a+/5.15a) in Oliana. 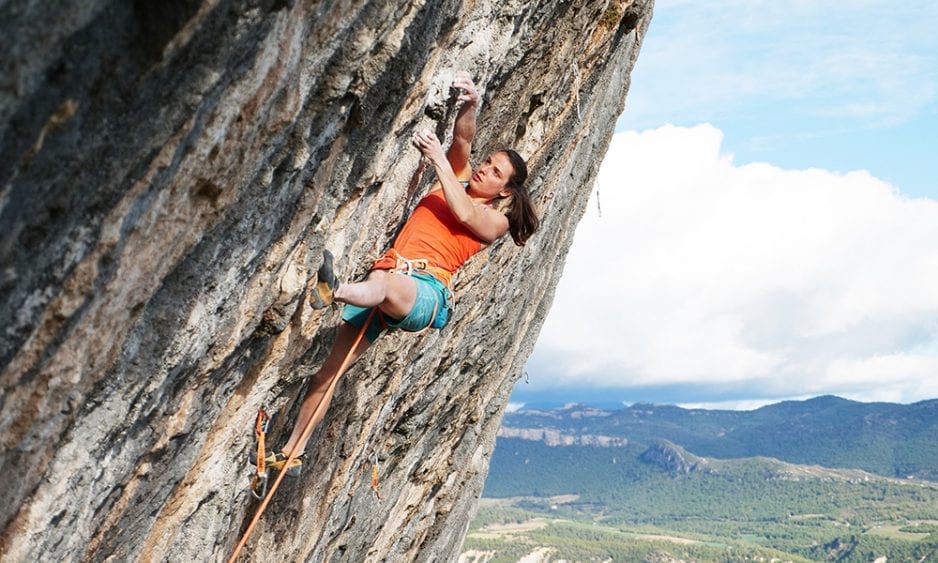 The 23-year-old Belgian climber Anak Verhoeven has sent her second 9a+ (5.15a), Joe Mama in Oliana, Spain, just two years after becoming the second woman in history to climb a route of the grade, as well as the first woman to claim a first ascent of the grade.

Verhoeven grew up “underneath the crag,” as she remembers it, watching her parents climb. “I started climbing on the little boulders underneath the rock, because you always imitate what you see as a child,” she says. “I thought it was a very natural thing.” Her parents gave Verhoeven her first harness when she was three years old, although she says she was never pushed to climb. At first, she explains, “I started swinging and hanging upside down, and just playing.”

Over the years, she began to train more seriously and soon became a world-class competitor. She has won the Belgian National Championship in lead climbing several times, and has received an impressive number of medals from various international competitions. She came in first place at both the World Games and the IFSC Climbing European Championship in 2017.

In fact, 2017 was a stellar year for Verhoeven, both indoors and out. In September, she climbed Sang Neuf at Pierrot Beach, France: the first-ever 9a (5.14d) first ascent by a woman. Soon afterward, she established a linkup of Sang Neuf with the second pitch of Home Sweet Home (8c/+ 5.14b/c), for which she suggested a grade of 9a+. The linkup, which she named Sweet Neuf, made her the first woman to claim a 9a+ first ascent, as well as just the second woman to climb 9a+, after Margo Hayes, who sent La Rambla in Siurana, Spain only months earlier. And as if that weren’t enough for the year, in December, Verhoeven made the first ascent of the 9a/+ (5.14d/5.15a) Ciudad de Dios pa la Enmienda in Santa Linya, Spain.

Although she has moved well past her days of swinging on climbing ropes and watching her parents climb, she says she is still very close with them. In fact, her father is her trainer and her mom has served as her coach. Verhoeven’s father belayed her through her time working on Joe Mama, including on the successful attempt.

“He’s the best belayer I know,” she says. “I fully trust him, which is important.”

Verhoeven arrived in Oliana this year with no plans as to what she’d climb, but upon arrival, quickly decided to try Joe Mama. She says that after trying it, she “quickly felt at home and started understanding the moves,” even though it was difficult, so she decided to keep working on it. Over the course of the trip, she spent eleven days on the route; after learning all the moves, she gave it nine serious attempts before sending on her tenth one.

There are plenty more climbs that Verhoeven wants to try, in Europe and in other parts of the world: “I’ve never tried anything hard in the U.S.,” she says. But for now, her focus is on rehabilitation.

Starting in 2016, she began having problems with her right elbow, which developed into tendinosis. Since then, she has struggled with muscle tension throughout that arm, which led her to take time off from competing, starting in late 2018. When working on Joe Mama, she says, there was one day in particular when the tension made her question whether she ought to continue; however, she felt better the next day and decided to push through.

“I’d like to keep pushing my limits on rock,” she says, “and keep growing as an athlete. And learning, because there’s always something I can learn. I’ll see what I’ll do next year. I just hope I’ll get injury-free.”