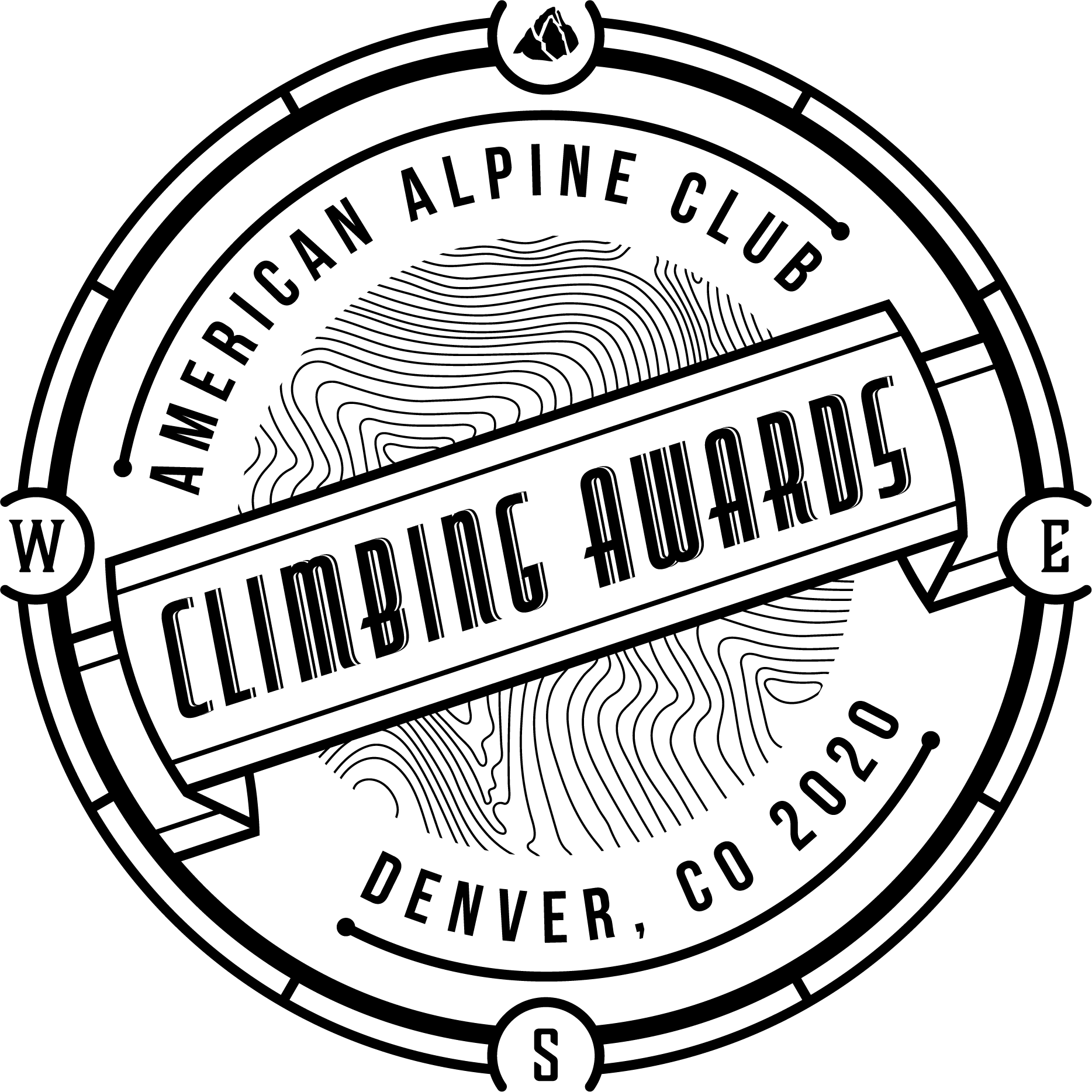 The Annual Climbing Awards will be presented at the AAC Annual Dinner Weekend, March 13-15, 2020, in Denver. The event’s keynote speaker is Kris Tompkins, who will speak on her efforts to restore and re-wild landscapes across Argentina and Chile.

Phil Powers, American Alpine Club CEO, said of the 2020 Awards, “The AAC’s Annual Climbing Awards represent the best in climbing. We celebrate cutting edge youth, activists who care for wild places, and icons of achievement in the vertical world.”

Thomas Hornbein, MD, famous for the 1963 first ascent of Everest’s West Ridge, will receive the rarely awarded President’s Gold Medal “for significant contributions to the climbing community.” Tom recently received the 2019 Heilprin Citation for his lifelong work to “maintain and strengthen the American Alpine Club.” Previous awardees of the President’s Gold Medal include the 1963 Everest team, Jim McCarthy, and two-time recipient Nicholas Clinch.

The Robert and Miriam Underhill Award

The AAC Underhill Selection Committee has chosen Jamie Logan as the 2020 Underhill Award recipient for “demonstrating the highest level of skill in the mountaineering arts.” Jamie’s achievements include the first free ascent of the Diamond on Longs Peak in Colorado and her impressive first ascent of the Emperor Face on Mt. Robson in British Columbia.

Access Fund founders Rick Accomazzo, Randy Vogel, and Armando Menocal will accept the 2020 Honorary Membership Award for their instrumental work in launching the Access Fund, creating a “lasting and highly significant impact on the advancement of the climbing craft.”

Josh Ewing, Executive Director of Friends of Cedar Mesa, will be awarded the David R. Brower Conservation Award for his “leadership and commitment to preserving mountain regions worldwide.” Josh was selected based on his long-time leadership in the protection of Southeastern Utah’s iconic Red Rock Desert lands and his role in challenging the legality of the Presidential proclamation removing protections for Bears Ears National Monument.

The AAC Literary Committee is proud to award Geof Childs The H. Adams Carter Literary Award. Geof Childs is a long-time contributing editor to Rock & Ice and the author of Stone Palaces, a collection of essays and fiction. In his introduction to Stone Palaces, Geof asks, “How do you explain obsessive love to someone who does not share your passion? How do you rationalize the contradictions of climbing: its brilliant triviality and sublime uselessness, its beauty and hardship?” His book neither “explains” nor “rationalizes,” but provides its readers with a vision of the climbing life that is insightful, true, and beautiful.

David Thoenen will be awarded the 2020 Heilprin Citation for his “exemplary service to the Club.” David is a decades-long AAC volunteer who has provided support to the AAC Board of Directors and served as the Triangle Chapter Chair.

Find out more on the 2020 Climbing Award Recipients!

The American Alpine Club Gets Personal And Practical On Climate Change