Danika Gilbert, David Roberts and Doug Chabot are announced as the 2018 inductees to the Hall of Moutaineering Excellence, while Jeff Jackson wins the 2018 H. Adam Carter Literary Award. 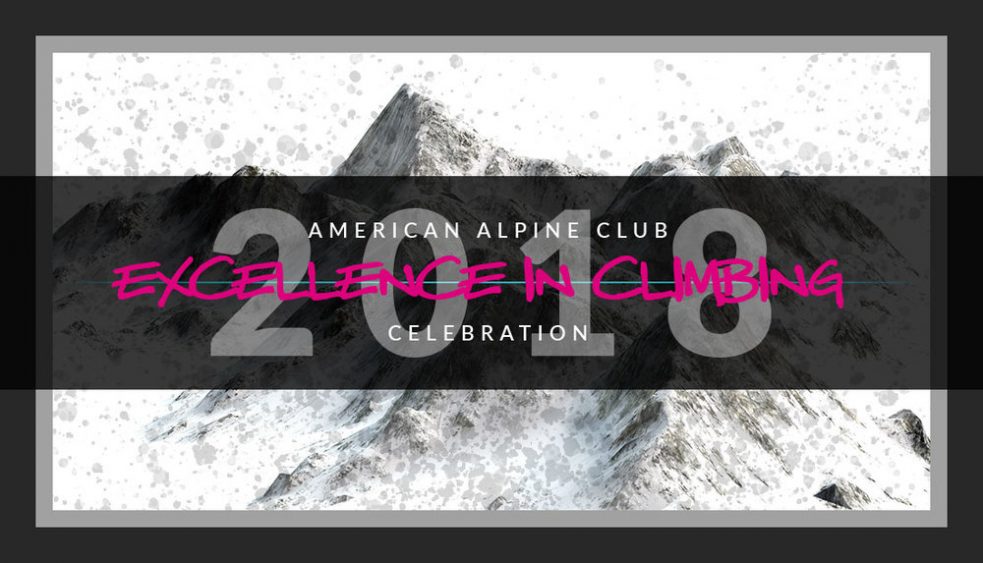 Every year the American Alpine Club honors multi-dimensional and impactful climbers who have made meaningful and lasting contributions to the mountains and their vibrant communities be it through culture and community, environmental responsibility and stewardship or the arts and sciences, by inducting them into the Hall of Mountaineering Excellence.

Danika Gilbert, an experienced mountain guide based in Colorado, is being recognized for her work as Expedition Leader with Ascend Athletics, a non-profit organization that works to empower young Afghan women through climbing to promote leadership and civic-mindedness in post-conflict countries. Every year twenty young Afghan women joining the two-year Ascend training and development program, which involves backpacking, rock climbing, mountaineering, community service projects, trip planning and trauma resilience training. Gilbert led the very first Ascend expedition in 2015, and continues to guide trips and be instrumental in the teaching of the course participants. Check out the article, Tu Mitani, Afghanistan, about Ascend Athletics here.

David Roberts is being recognized for his extensive career in adventure and climbing writing and his dedication to the mentorship of young writers. As the author of over 20 books, many of which are considered must-read climbing literature, Roberts has helped contribute to the preservation and development of storytelling within the climbing and mountaineering community.  A worthwhile interview with Roberts appeared on Alpinist.com.

Doug Chabot is being recognized for co-founding the non-profit Iqra Fund. This organization helps provide access to quality education, especially for girls, in the remote regions of northern Pakistan where economic, social and political barriers to education exist. Chabot resides in Bozeman, Montana, where he is the director of the Gallatin National Forest Avalanche Center and also volunteers at Gallatin County Search and Rescue . More on Doug and his inspiring work can be found in this article from Outside Bozeman.

The H. Adam Carter Literacy Award was established in 1986 to recognize excellence in North American writers of climbing literature. Previous awardees, who include Rock and Ice’s Editor in Chief, Duane Raleigh (Awardee in 2013) and Executive Editor Alison Osius (Awardee in 2007) among numerous other celebrated writers, are commended for their extensive contributions to climbing and mountaineering literature over many years.

The recipient of the 2018 H. Adam Carter award is Rock and Ice’s Editor-at-Large Jeff Jackson. Jackson, who lives in Hawaii, has dedicated over a decade to climbing writing, reporting and storytelling. His latest work, Paradox in Paradise, appears in the 2018 edition of Ascent:

Looking for insight, I opened my book and read the introduction: “In other words, the Narrow Road to the Deep North was life itself for Basho, and he traveled through it as anyone would travel through the short span of his life here—seeking a vision of eternity in the things that are, by their own very nature, destined to perish.”

That’s the contradiction of life, I thought. Everything we love dies.

At precisely that moment my phone buzzed, and I saw on the screen a little exclamation point in a triangle.

I’d seen that before. It was a flood alert, but instead of the familiar flood warning, in a glowing light-gray box, under the heading EMERGENCY ALERT, were the allcap words:

BALLISTIC MISSILE THREAT INBOUND TO HAWAII. SEEK IMMEDIATE SHELTER. THIS IS NOT A DRILL.