Alex Megos makes the first ascent of Fightclub (5.15b) at Ravens Crag, near Banff, Canada—the country’s first 5.15, and North and South America’s second 5.15b. 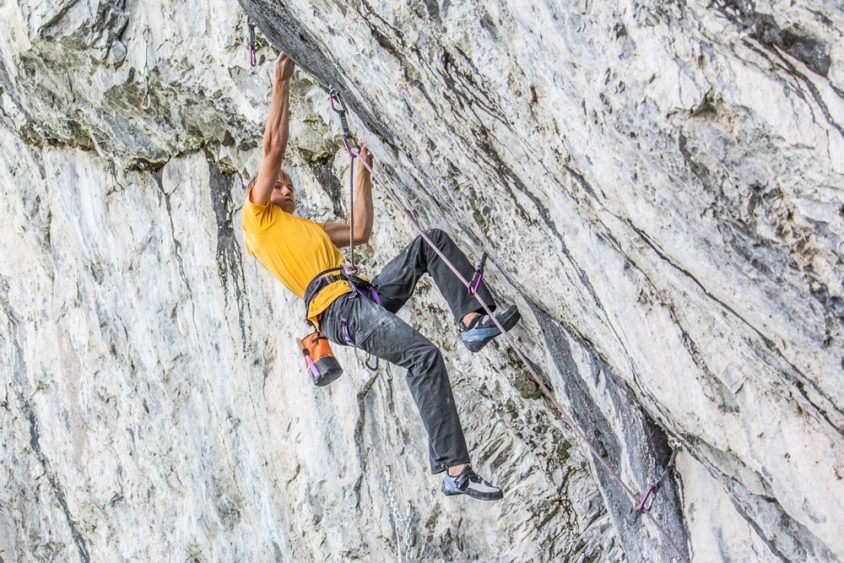 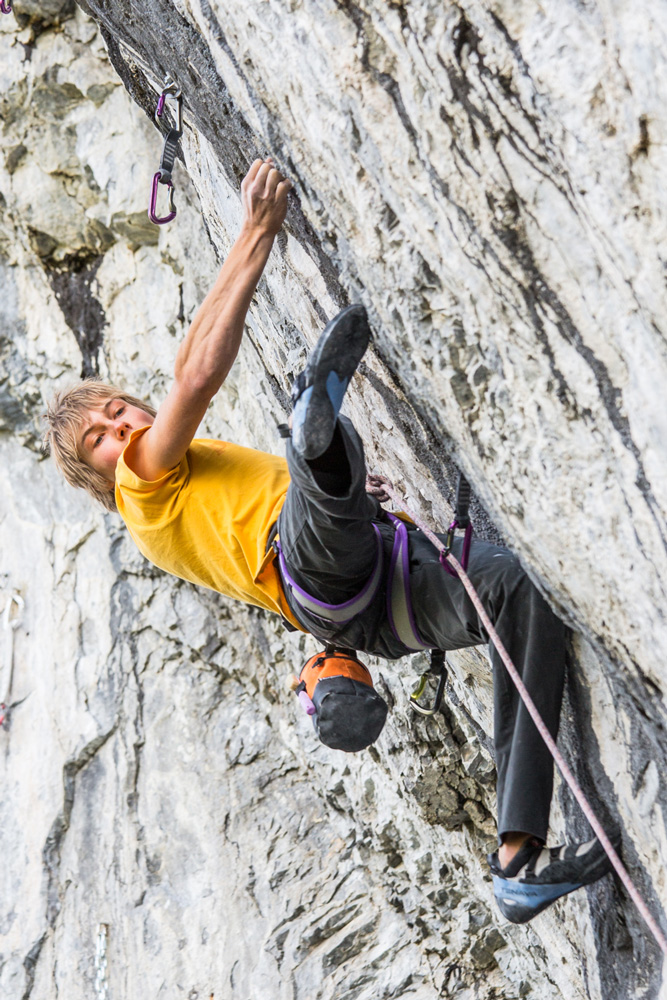 Two weeks into a month-long tear through Canada, Alex Megos has established the country’s hardest sport climb and first 5.15—Fightclub (5.15b) at Ravens Crag, near Banff. Not only is Fightclub the first 5.15 in Canada, it’s also the second 5.15b in all of North and South America.

“On his first day in Canada, (as his host) I was worried that Alex wasn’t going to have hard enough routes,” Canadian climber Sonnie Trotter wrote Rock and Ice. “So I bolted him a project and gave him the keys, knowing I would never be able to do it myself.”

Trotter bolted an extension to Peter Arbic’s “Prow Project” up the prominent prow of Ravens’ north-facing wall. “The Prow Project, now known as Fightclub, has been one of the longest standing projects in the Bow Valley,” Trotter wrote. He went on to explain that Arbic never placed a proper anchor because the route “never really finished anywhere. There was just this old rusty bolt in the middle of the wall, without a finishing hold and without an anchor.”

“I think it’s been a project because it’s really powerful, and the crag isn’t known for super hard climbing, so it’s sort of a stand alone line,” Trotter wrote. “I think that’s the reason it didn’t get as much attention as the other crags.”

Megos, 23, cranked through the original lower half on his second attempt. He said it felt around 5.14b.

Before Megos arrived, Trotter had attempted the first half and knew it was possible, although “hard” and “bouldery,” he described, perfect for Megos. Trotter had also climbed a route to the left and saw that “really small holds” continued up the headweall above the Prow Project.

“I was thinking, WOW, how rad would that be?,” he wrote. “When Alex dispatched the first half on his second try I knew the best thing to do was to go up there and see just how small they were.” Trotter was hoping for a route that would be just possible, but not impossible. And a line that would be striking enough to hold Megos’ interest. “I bolted it, cleaned it, and was up on a rope with every nail bitting attempt,” he wrote.

Megos took to the extended Prow Project and after six days—with one rest day—he redpointed the climb on August 14, 2016. Megos named the route Fightclub, loosely sticking to Arbic’s Edgar Allen Poe route name theme, and suggested 5.15b for the grade. 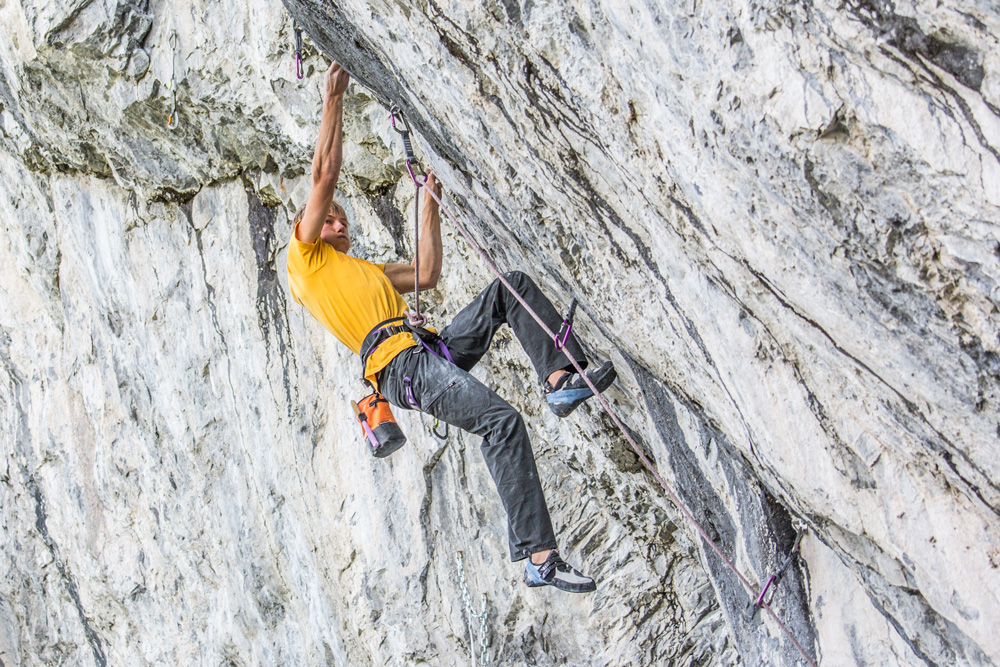 Three was the most number of attempts Megos took to send an unclimbed project or Canadian test-piece prior to Fightclub. And he still has two weeks left in the country.

Alex Megos Sends First Round, First Minute (5.15b) and More