The American Alpine Club, Access Fund, top climbers and others lobby lawmakers in defense of public lands and other issues at Climb the Hill 2018. 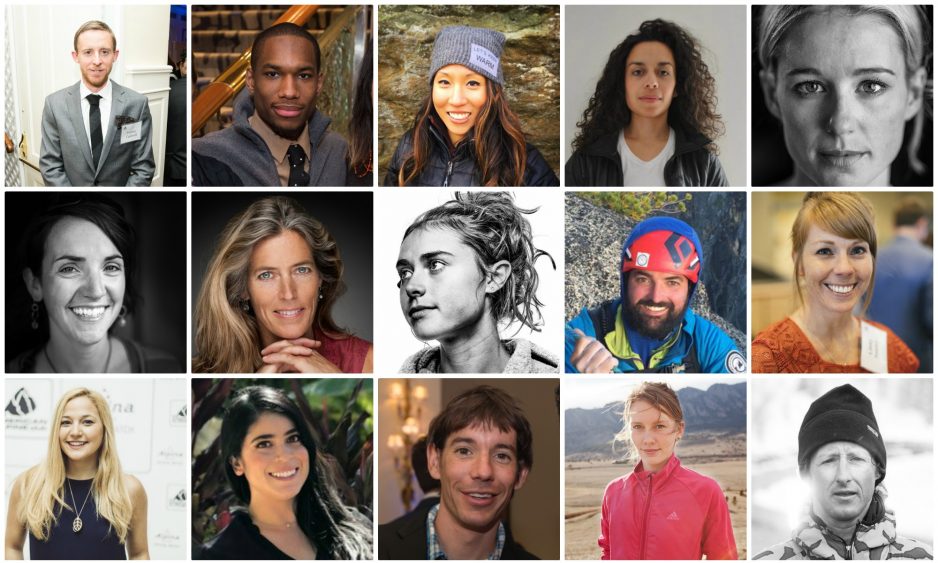 Two years ago, the American Alpine Club was having a board meeting in Washington, D.C.; had just hired a new policy director; and decided to leverage proximity by lobbying on Capitol Hill. About 20 persons from the climbing community attended that original Lobby Day, which included numerous AAC board members and representatives of the Access Fund and Outdoor Industry Association. Another advocate was Conrad Anker, who was just then appearing in the film “Meru” and whose face was hence 20 feet tall. As Powers humorously reported to the AAC board, “All the staffers just wanted to talk to Conrad!”

Those meetings with Congressional representatives and federal administrators focused on sustaining the Land and Water Conservation Fund (LWCF), funding the National Park Service Centennial bill and projects, and requiring The Bureau of Economic Analysis to report on the economic and employment contributions of the outdoor-recreation industry. The original crew also, in a move that now seems painfully hopeful, asked the then administration to designate Bears Ears a National Monument.

“The first year,” recalls Brady Robinson, executive director of the Access Fund, who advised and participated, “it was basically a small, insiders-only advocacy day. That was still the Obama era—seems like ages ago now! Afterwards, we did a debrief with everyone involved and decided it was a great idea, and we could make it bigger and better.”

Robinson came up with the name of Climb the Hill (modeled from the Hike the Hill movement by the American Hiking Society), bought the URL, and built the first website. (See www.climbthehill.org.)

Last year, 2017, the collaborative event grew to a veritable mob of over 50, including AAC and AF staff and board members, and such visible climbers as Alex Honnold, Libby Sauter, Kai Lightner, Sasha DiGiulian and Tommy Caldwell. This week at least 65 persons will take part,  from May 9 to 11.

Robinson observes: “There has never been a greater need for the climbing community to stand up and be heard. The assault on our public lands system is real. There are several bills and initiatives that directly affect recreation and climbing. … There is a lot more interest in climbers and Climb the Hill. This is the first year that Congressional offices reached out to us to get involved with Climb the Hill. We even have three Senators participating.

“Both the AAC and AF share in the work, and it has really become an amazing collaboration.”

All part of the umbrella Outdoor Alliance, participants will hold meetings in the House of Representatives Buildings, Department of the Interior and Sydney Yates Federal Building (U.S. Forest Service). Key issues are to uphold the Antiquities Act and to defend it and national monuments against further encroachment, with both the message that monuments should be preserved for conservation and that they are beneficial economic engines; and to oppose the reduction of Utah’s Bears Ears and Grand Staircase-Escalante, important archeological and historic sites for Native Americans as well as home to many climbs and towers, as National Monuments. Also on the table is reauthorization of the Land and Water Conservation Fund, which has benefited or allowed purchase of many climbing areas. Other issues are known as Facilitated Access to improve permitting and stewardship processes for educational and other sharing programs, and Balanced Energy Development, to promote land management according to science and public input and not fast-tracking development.

Lynn Hill, who like most—including board members and leaders—is attending as a volunteer (and who, as a single mother, must arrange child care for absences), says: “If you’re a climber, you love nature, you love open, wild spaces, and if we don’t work to protect them they’re going to be overrun by people who don’t care about them.”

She cites legislation introduced in April of 2017 by the Trump administration as undermining the Antiquities Act and jeopardizing the conservation efforts of over a century of work to protect Bears Ears and Grand Staircase-Escalante National Monuments. “We need to act now to defend the Antiquities Act so that the President cannot favor the interests of the oil, gas and uranium industries, who care more about financial profits than the interests of the local Native communities and recreationists. We all use energy but we need to work together to come up with a balanced and intelligent way of managing our public lands.”

She refers to the best interests of future generations, and says, “We need it for humanity, to have these spaces. We need to know they exist. They need to be preserved.”

Honnold, who like Hill was reached Tuesday as he prepared to depart for D.C., says one of his main aims is building relationships with policymakers and staffs “and making them aware that climbing is a legitimate activity, and we’re there and we care, and to [create] an ongoing conversation …. It’s sort of like voting. Make sure your opinion is heard.

“This year there are more threats and issues on the table. But so much is long-term, a many-year process. This year doesn’t mean those threats didn’t exist a few years ago. That’s why it’s important to build the relationships and stay ongoing.”

Last year Honnold borrowed a suit jacket from Robinson, and this year will be under the wardrobe aegis of Erik Murdock of the AF.

Robinson says with amusement, “Alex travels light and doesn’t have any need for a formal jacket except for this event. We’re happy to support him!”

Of the whole event, Powers says, “It has surpassed expectations.” Impact is often hard to judge, he says, but, “We have made headway on several key issues.”

Bear Ears Decimated, Reduced By Over 80%