A #Vanlife Holiday: Jimmy Chin’s Campervan Is Up For Rent - Rock and Ice
News +

A #Vanlife Holiday: Jimmy Chin’s Campervan Is Up For Rent 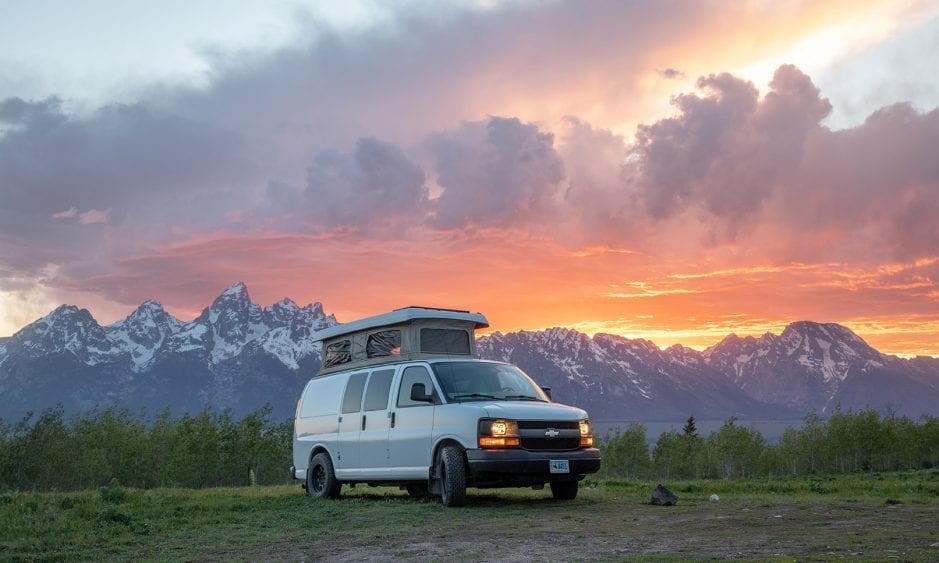 Have you ever wanted to soothe your tired buttocks in the soft “swivel captain’s chair” that once held the buttocks of a legend? Ever wanted to sleep on the bed where Oscar dreams were dreamt? Ever wanted to lie awake at night, sweaty, in a hot van and think “Damn, I’d really like to take a shower,” just like your climbing heroes?

Well, you’re in luck. For $250 a day, you too can live the dream of a van bum, and stay in Jimmy Chin’s van. The famed Free Solo filmmaker and climber has listed his 2012 Chevrolet Express AWD on Turo (Airbnb for cars) to put it to good use “while he spends the next few months traveling the world,” according to a Turo brief.

Turo wants to make sure you know, “both Jimmy and Alex [Honnold] lived in their campervans during the preparation and filming” of Free Solo, so clearly van life must be worth something. Though Jimmy’s listing reports the van “has been retrofitted as an adventuremobile,” with a propane stove, two double beds, solar panels and more, it remains unclear if renting this van will give you the crushing power you’ll need to free El Cap, or the creativity to direct an Oscar-winning film. If you’re a bit new to this whole “climbing” thing, no worries. You can rent rope, shoes, and a rack for $10 a trip, as well as a helmet, sleeping bag, and backpack for $5 each. That is, unless you’re so stoked after watching Free Solo that you’ve decided to eschew the gear, in which case, godspeed.

Jokes aside, Turo’s mission to “put the world’s 1.2 billion cars to better use” seems like an admirable goal. They state that “the average vehicle sits idle 95% of the time,” and so their mission is to “turn these idle, depreciating assets into sources of income.” Clearly repurposing underused vehicles is great, but this all seems a bit much: A mere two weeks of Jimmy’s van would cost a user $3,500, and that’s not even counting gas… Why not just buy your own used ride?

Turo reports that “the average active owner on Turo generates approximately USD $625 per month.” With that in mind, I am hopping on the bandwagon. I will be listing my Subaru Forester on Turo, as I prepare “for another summer of travel” like Jimmy. I will not be surfing in the Maldives or climbing in Antarctica, however. I will be carpooling with my sister to my grandmother’s house in Kentucky for Labor Day. For $251 a day, only a dollar more than Jimmy’s van, you can drive in the height of luxury. I haven’t won an Oscar, and I don’t have 2.4 million Instagram followers, but my “adventuremobile” comes custom equipped with hot sauce stains on the back seat, puncture holes in the ceiling upholstery from when my ex brought home a large cactus, and a crumpled up scorecard from the local mini golf course in the glovebox. Lucky renters will find a few GameBoy games under the backseat.

It was reported that James Bond’s Aston Martin DB5 and Han Solo’s Millennium Falcon are listed on Turo as well, and the site is partnering with the new Fast and Furious Film, Hobbs and Shaw (no, seriously), so Jimmy and I may have some competition.